Students from BA (Hons) Live Events and Television will be live streaming an interview with Sir Howard Stringer, former CEO of Sony.

Sir Howard will be talking to Will Wyatt, UAL Governor and former Managing Director of BBC Television and Chief Executive BBC Broadcast, about his career, and sharing insights from some of the world’s most successful TV and broadcast companies.

The talk will be streamed live from LCC’s Film and Television Studio to Lecture Theatre A, and will also be available to view live online from 6pm.

We spoke to students Jenna Shaw and Hannah Lawson about their roles in organising the event.

Can you describe what your role involves?

JS: I am the director of the show – this involves getting a crew together and putting the show together. I make the creative decisions on the show like set, camera shots and cutting between the camera shots.

HL: My role is that of a producer. Of course at times this can be a quite ambiguous title, but in this case it means I am ensuring the deadlines are met and all required elements, such as resources are in place for the event; for this event in particular, the lead up prep is very much a joint effort with Jenna, the director – no one person is solely the lead as we work very well together as a team.

On the day of the event I am there to keep things running smoothly and on time, as a producer should, but also to help pitch in where needs be. Many projects and events that we undertake, although we have our individual roles, are very much a team effort on every front. 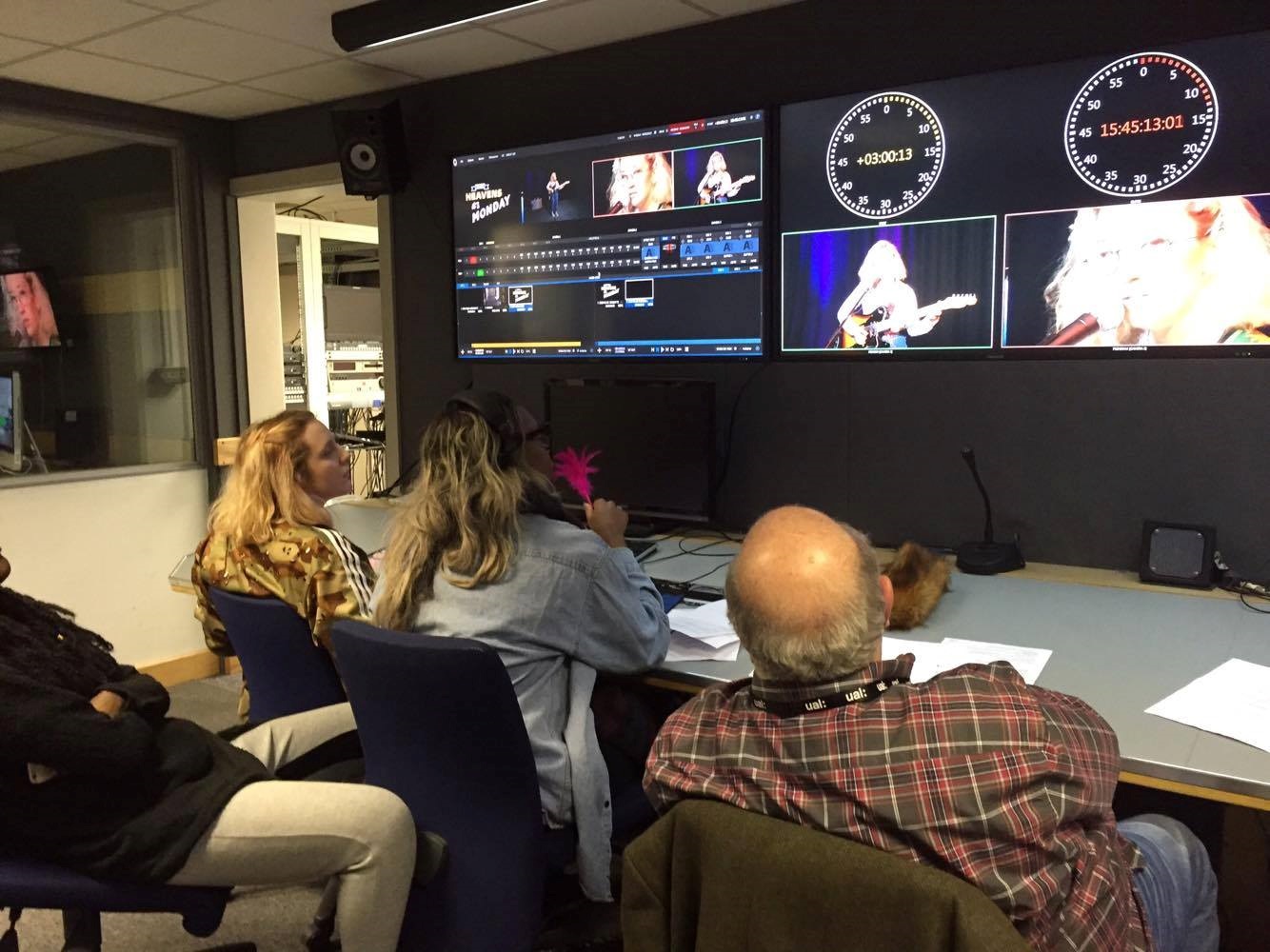 What are the greatest challenges in running an event like this?

JS: One of the biggest challenges is that it’s live. When it’s live anything could happen. It’s also added pressure on us as it’s being streamed over the internet so if anything goes wrong everyone could see it!

HL: The greatest challenges are usually the ones you don’t see coming. So far I don’t think we’ve had any great challenges. Thinking ahead, the greatest challenge will most likely be getting everything done on the day of the event, you can never have enough time. However, I’m a firm believer that if you plan enough then you can solve any challenge, especially when you have the right people around you.

And the most rewarding aspects?

JS: It’s so great watching everyone you’ve put in a crew come together and work as a team. It feels so good when everything goes to plan and nothing goes wrong when it’s live! What most excites you about the possibilities of live streaming?

JS: The thought that anyone in the world could be watching! We did one for my major project and we had people in Scotland watching and all over England. It was a lot more pressure but felt so cool having people watch our hard work. It’s also wicked being able to show your family what you’re doing by live streaming it. This time it’ll be even better as more people will be watching, which is a little daunting but also great.

HL: The most exciting aspect for me about live streaming is the underlying feeling I get when you go live, that anything could happen. It’s a little bit of a risk, especially with chat/conversational show formats where there are no scripted answers and you have to let go of the control a little as producer at this point, in that when you go live anyone could end up saying anything.

With this event in particular the live streaming element excites me because we will be getting immediate feedback/interaction with the audience as we will have live tweets coming in!

What would you most like to ask Sir Howard yourself?

JS: I would love to ask him what his proudest moment throughout his career was and why.

HL: What key advice would you give to someone trying to enter the television industry?

What field are you planning to move into after graduating?

JS: After I graduate I want to go into live TV. I’m really interested in directing and vision mixing which is the area I want to focus on. I want to work on live sports mainly e.g. Soccer AM. This final year working alongside Geoff Posner has given me a lot of great experience ready for when I graduate.

Speaking about the challenges and rewards of the live streaming project, Course Leader Candida Moriarty told us:

“It’s great to have a team of students who perhaps have not worked together before, because that in itself is a challenge. Working with people for the first time in a fairly high-wire live situation is a good test of concentration, stamina and use of skills. Collaborating is also accepting you’re also on standby sometimes. You’re not always in the driving seat, you’re there to support.

“It’s exciting for the students because they’re dealing with VIP clients, but these question time shows are also challenging because you don’t quite know how it’s going to come out. Live streaming itself is a fairly new exercise for our students. They’ve been using it throughout the year, but for them to run it on their own, to ensure that everything happens technically, is another challenge. They’ll be confident when they leave as a result.

“Though it’s broadcast live, it’s then going to be captured and kept so it can be seen at different times. So it also means the students can integrate it in their portfolio, and show it to their family, to their friends, so it has another value. It’s not really just about the live capture, it’s about the legacy of the moment, so I think it’s a very valuable opportunity.”