With our Postgraduate Shows 2014 set to kick off with the School of Media on Tuesday 25 November, we’re excited to present the work of LCC’s MA Documentary Film students in the Typo Café.

These talented filmmakers have used their unique abilities to tell stories from around the globe, from Thailand to Estonia, China to Spain, and of course our beloved south London.

This year the films’ themes include nakedness, organic rice, Alzheimer’s, neo-Luddites, lost childhood and the politics of European change to name a few.

‘Beyond Memories’, a moving film by Olivia Ge Song, explores how Alzheimer’s Disease has affected Mary Robinson’s life with her husband Robbie, a musician from Jamaica.

Their grandson Ryan, a rapper and lyricist from south London who performs under the name Ragz-CV, has collaborated with Robbie on an EP. The pair have decided to donate 50% of all profits to the Alzheimer’s Society to help other families who are in a similar predicament. 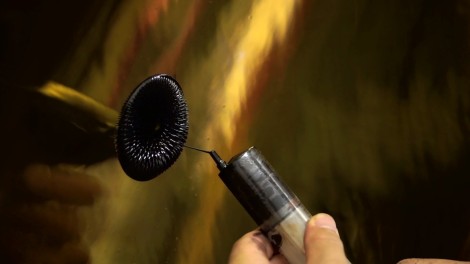 From ‘Fields of Immersion’ by Matthew Szechenyi, 2014.

Matthew deliberately favoured a poetic, romantic representation over the traditional artist interview in order to communicate the philosophy of Sungfeel’s work. Rittikorn Mahakhachabhorn will be showing his One World Media award-winning film, ‘The Unsung Rice Story’, which follows a rice farmer in Thailand who has built a successful business against the odds.

Rittikorn’s film took him home to Thailand, but for Louis Leblique the little know naturist area of Heliopolis on the Île du Levant off the coast of France was the subject. 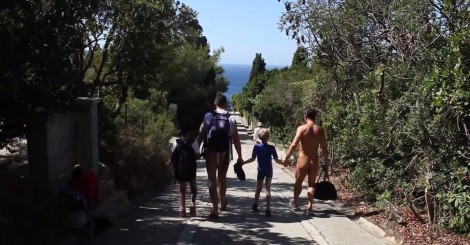 Damiano Petrucci’s film ‘Logically Policed’ takes an enquiring look at our often contentious relationship with mathematics, asking why we don’t like numbers yet cannot do without them.

This film brings together some unusual maths communicators, from a stand-up comedian to a professional juggler, as well as the University maths professors responsible for teaching the next generation. 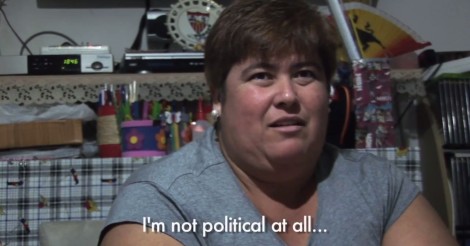 Uzma Hussain presents ‘Be the Change’, a film which examines how desire for political change in Spain prompted huge support for a new anti-capitalist party called Podemos (We Can).

The party’s meteoric rise is weaved through the troubling narrative of those whose lives are on hold due to severe austerity cuts and who look to Podemos for a ray of hope.

Watch these films and many more from next week!

The MA Documentary Film show has been kindly sponsored by Genero.tv