See below for a handful of the LCC-related news and features in September 2017 for our Design, Media and Screen Schools from the likes of Daily Mail, The Telegraph, Design Week, It’s Nice That and more…

Switzerland-based photographer Justinas Vilutis is featured on It’s Nice That, with the mentioning his graphic design study at LCC – something he says he never felt fully invested in the subject and later found photography as his preferred medium. The art and design publication describes Justina’s work as “vivid and hyperreal photography”.

A new book is released documenting the rise and fall of youth culture magazine The Face, under the art direction of Neville Brody, with LCP mentioned. The author, Paul Gorman, told Design Week: “Brody had grown up during the punk period, and trained at the London College of Printing, but he was really interested in being anti-corporate and a lot of his work was influenced by early 20th century avant-garde movements such as Bauhaus and Constructivism.”

"We believe that free speech, particularly for journalists, is fundamental to society."The Refugee Journalism Project is supporting exiled journalists

The Foreign Office and Foreign Secretary, Boris Johnson, visited LCC on the International Day to End Impunity for Crimes Against Journalists, announcing plans of “spending £1 million over the next financial year on projects that will enable journalists and media professionals to promote their own free press and uphold human rights”. The Foreign Secretary also was interviewed by students from Artefact, met participants of Vivienne Francis’ Refugee Journalism project, met grant recipient and LCC student Mohamed Alaradi, and was questioned by press in attendance.

While the focus on many of the stories was on the funding announcement, LCC was mentioned in numerous stories as the location including in the Daily Mail, MSN, The Telegraph and more. Additionally, the Foreign Office created social media content, giving a significant platform to the Refugee Journalism Project and LCC, as seen in the video shared through their Facebook account.

Students flooded the streets of central London demanding the end of tuition fees, in a protest backed by Jeremy Corbyn. LCC Sound Arts student Joel Douglas, who attended the protest, shared his opinion on this matter in the article, which was widely reported in local and national press including Daily Mail, Metro, BT and MSN.

London College of Printing alumni David King’s ‘world-class archive of Soviet art ‘is on show at Tate Modern. Shortly before his death in 2016, the celebrated collector and designer spoke with BJP and shared some insights. The exhibition is up until 28 of January. In the article David fondly recalls his time at LCP.

Croydon Photography Form member and LCP grad Jan Podsiadly shares insights. He speaks to the public about his lifetime’s work as a photographer, starting his career “as a professional photographer in a pharmaceutical advertising agency’s studio in the Wandsworth Road, before going freelance.”

LCC Postgraduate Shows: Show 1 listed on All in London

Listing for LCC Postgraduate Shows 2017: Show 1 featured on All In London. The event listing invites members of the public to join us in celebrating the work of LCC students from the Media School.

LCC photography grad Nat Urazmetova joined musician Ulrich Schnauss on stage in Brighton, providing visuals for the show. Brighton and Hove News reported on the event and wrote that: “Nat who graduated with a BA (Hons) in Photography from London College of Communication in 2009, was controlling and changing the visuals from her laptop located to the corner of the stage.” LCC’s MA Photojournalism and Documentary Photography students’ work is featured on the BCC website. The photography projects include the UN safe-zone of Srebrenica where men were separated from women and transported to Muslim-controlled land. Furthermore, documentation of individuals who are in need of prosthetic limbs, religious diversity of London, Samaritans helpline as well as exploration of inner self through photography.

Senior Research Fellow in Photography at LCC, Brigitte Lardinois is leading a research project Opening the Shutters: Investigating and Preserving the World’s Oldest Photographic Studio and Archive. An event to tribute the war dead of Lewes was featured in local press Sussex news.

Artist, film maker and LCC BA (Hons) Film Practice graduate Ayo Akingbade was announced as one of 2018 Sundance Ignite Fellows chosen from a global crop of more than 800 applicants. The 15 18-to-24-year-old filmmakers selected to participate in this one-year fellowship hail from five continents, with creative groundings spanning from television writing to documentary photography to narrative short films. The fellows were announced in news articles featured on Broadway World, Eye For Film and Benzinga.

Recent LCC Live Events and TV graduate, Jenny Bumanglang was welcomed as a new team member at the fast growing London and Dubai based event technical design and production specialist Maestra. As Operations & Admin Assistant, she will be working closely with Operations Manager and ensuring the sometimes mind-boggling logistics of an event run smoothly, as reported in Live Production and TPI Magazine. 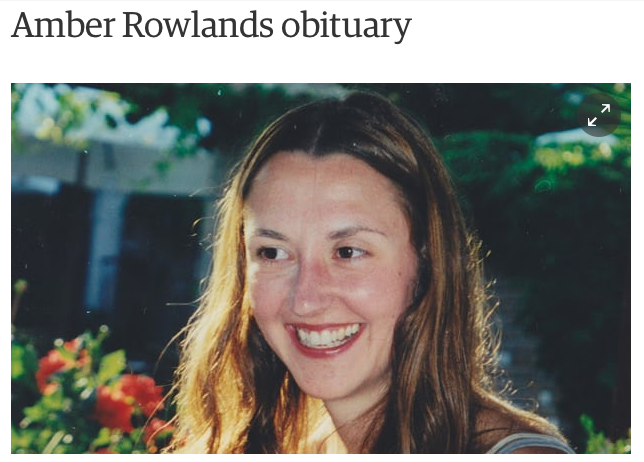 London College of Communication MA Alumna, Amber Rowlands has died aged 45 of cancer. As a photographer her work appeared in the Observer, the Telegraph, Le Monde and Time, as well as several style and design magazines. Her friend wrote in the Guardian: “In 2014, she completed an MA in photography at London College of Communication. Her MA show, entitled Saint Andrew By the Wardrobe, featured portraits of some of the men who had benefited from the charity Suited & Booted, which provides clothes donated by designers to vulnerable men so they can wear a smart suit to job interviews.”

Artist and 2009 LCC graduate Liu Yujia’s solo exhibition “The Beach, A Fantasy.” is featured on BLOUIN ARTINFO, described as “showcasing the artist’s recent works consisting of video, animation, and installations focusing on the beach.”

UAL alumna and both founder and designer of the silk collection MagnaDi is interviewed by House of Coco. MagnaDi tells the magazine that she studied design at LCC and after spending five years in London, it definitely feels like home to her.

LCC student George Selley was has won the Carte Blanche Student Award 2017 at the Paris Photo international art fair of photography, Ebbs And Flows. George presented a Wikileaks related series, “Vault 7” and the Photojournalism and Documentary Photography student “was not only playing with the banal absurdity these documents revealed but challenged our conception of how such organisations are run.”