LCC students from across the School of Design are currently working on our Reimagining Vintage Ladybird collaboration, creatively repositioning the classic publishers for the 21st century.

They recently pitched their final ideas to LCC and Ladybird representatives, so we caught up with two of them to find out what it’s like to work on this live brief.

Grace Hands is studying BA (Hons) Graphic and Media Design, while Saachi Mehta is an MA Illustration and Visual Media student, working on this project with coursemates Wajeeha Abbasi and Chandr Chandrvirochana.

When did you first become aware of Ladybird books?

Grace Hands: I grew up reading the Ladybird fairytales series, and my mum has a small collection.

The classic Ladybird language and illustrations have been present throughout my childhood – for example when I first moved to London my mum gave me the Ladybird book on London as a present.

Saachi Mehta: The Ladybird books are a worldwide brand now and my group and I have known them since our childhood. How would you describe the style of a vintage Ladybird illustration?

SM: We greatly admire the skill and the amount of detail in Ladybird illustrations. The way each piece is painted so precisely and the essence it has which reflects British values and the British lifestyle is brilliant.

The way each hair strand on a person’s head or the detail of an object is painted really makes you appreciate the skill of the artist. We personally grew up with these books even though we are not British.

Peculiarly remembering the Peter and Jane books and looking at the pictures for hours has inspired our illustration styles in some ways too. How are you tackling the challenge of updating such a classic brand?

GH: I have some great visual material to work with, so my main challenge is communicating Ladybird’s language and tone.

When comparing the Ladybird world to the modern day, some aspects can be considered outdated or old fashioned (such as gender stereotypes), so I am working on picking out the most relatable and relevant themes, and celebrating them in a way that will effectively communicate with a modern audience.

SM: Sure, Ladybird is a classic brand and it is its centennial year that we are celebrating – its rich, valuable heritage. But since the brief allows us to use this heritage and the brand very openly, the freedom to interpret it and add our own influences and styles to the work we have created helps us tackle the challenge.

It is the wide array of possibilities and the liberty to use any medium to answer and crack the brief for the brand while maintaining its value that guided us through. 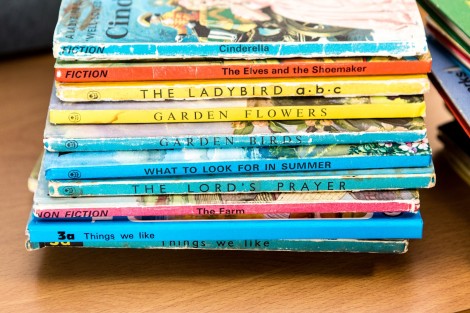 What are the influences which are inspiring your Ladybird work?

GH: The classic format of the books – text on the left, image on the right. I also want my work to be both entertaining and educational. The Ladybird collection is so broad and covers so many subjects, I really want my work to include as many themes as possible.

SM: Our Ladybird work is influenced by various factors. We researched the Ladybird archive and drew out similarities and differences between the world portrayed within the Ladybird books and our world today.

These similarities and differences are what we based our work on – the fact that the Ladybird world resembles today’s search engine, since it is an archive of anything and everything with information on a very wide range of topics.

This connection influenced our work and the counterparts that we created using this resemblance led us to the creation of the interactive installation.

As for the execution, our illustrations are influenced by the modern minimalistic graphic style to convey our message and the colour schemes are picked from their counterparts in the Ladybird world. Thus the work is influenced by a balanced mix of Ladybird and the modern world. 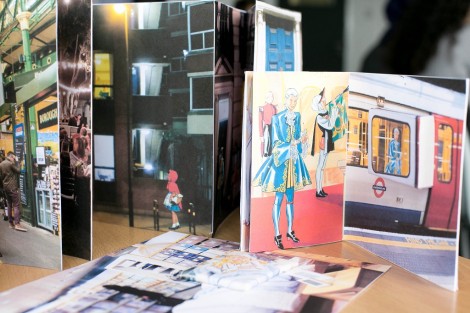 What has been the most enjoyable part of this project so far?

GH: A selection of the Ladybird archive was brought to LCC, and we had the chance to view the illustrations up close. The skill that these illustrators had is breathtaking.

I really enjoyed examining the pieces at their original scale before being cropped for the books.

SM: For this project we worked in a group of three. The various ideas and creativity that we brought in, due to our cultural differences and backgrounds, made carrying out this project a lot of fun.

The comic aspect while selecting the counterparts for the images from the Ladybird world in today’s world was also fun, and playing this game ourselves and seeing the options we could come up with was definitely the most enjoyable part of this project. 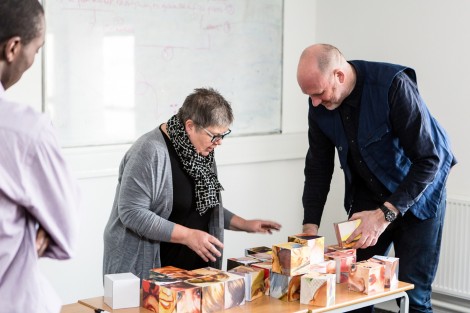 And the greatest challenge?

GH: Finding certain books for my research! All the Ladybird books that I am working from have been found in obscure second-hand book shops or charity shops.

I have had to resort to ordering some books online. When I initially set out to source these books, I was naive in thinking they would be easy to find.

Some of the books I am now working from did not initially have an obvious link to my project theme (food), but they were so beautiful and interesting I had to get them anyway.

Most of these books have actually gone on to influence me and push my ideas further. The less obvious subjects contain hidden treasures within the language that I am now working from, as well as the more obvious topics.

SM: For us, the biggest challenge was to find the best way to showcase this wonderful collection of all these illustrations and to see if the counterparts we found in the modern world were actually relating and connecting to them. 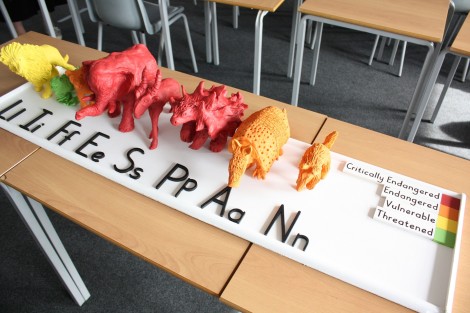 What would you say to an LCC student thinking about getting involved in a similar live brief?

GH: Definitely do it! It is such a fantastic opportunity to work on a live brief whilst still studying and being able to get feedback from tutors and peers, as well as feedback from the actual client.

It is a chance to develop your design, research and presentation skills.

To work with well-known and respected brands such as Ladybird is also a huge boost for your portfolio, and encourages you to think more carefully about your outcomes and how they would work in the real world.

SM: To an LCC student thinking about getting involved in a similar live brief, we would say grab these opportunities with both your hands when they come by.

They are excellent opportunities for creativity and there is a lot of freedom with briefs like that, so the possibilities of what one can do and how one can execute is very liberal.

It also teaches the ways how work gets done within the creative industry, helps to understand the market, make connections and to balance work and time with such live briefs. 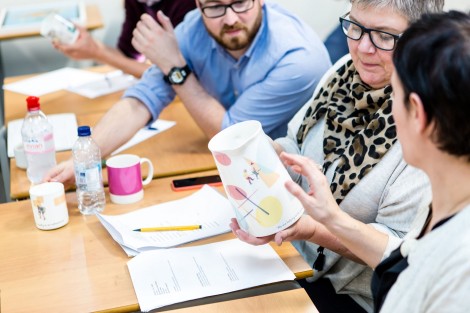 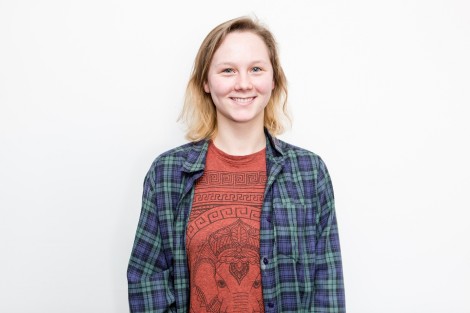 View Flickr images of the presentations and the work