LCC’s major exhibition for spring 2016, Imprint features material from the University Archives and Special Collections Centre based at the College. The exhibition explores the development of LCC in Elephant and Castle.

Below, curator Kelly Thomas shares some of the thinking behind an archive show in which “each object contains its own narrative to be explored”.

IMPRINT
A publisher’s trade name under which works are published; to make an impression or mark on; to fix an idea in someone’s mind.

Though the history of the College can be traced back to 1894 in its original incarnation as St. Bride Foundation, the posters, photographs and other items presented in Imprint have been chosen from categories of the archive that focus solely on the College’s history at its current site. Also held at the Centre are the Stanley Kubrick, Tom Eckersley and Joy Cuff collections amongst others.

Many of the items in the LCC collection reveal how the College’s location in Elephant and Castle has inspired the work of students in the past and how it continues to do so today. Many of the items on display have not been shown in an exhibition setting before, with material from the collection being photographed to create a loose timeline of the College presented through objects.

Imprint aims to cultivate an archive within an archive and expand the space between the archive and the object by playing with the scale and appearance of materials. Fragments and extracts are shown alongside blown-up images of smaller items that capture details that may otherwise be missed, inviting the viewer to adapt their ways of seeing.

Each object contains its own narrative to be explored; its own fragment of time that sets it apart from what may have come before or after.

Elephant and Castle has been home to LCC for just over 50 years and in this time the College has continuously developed. As technology has evolved and the demand for courses to engage with new processes increased, the name of the College has reflected these changes. Promotion for a student film and photography exhibition held in 1975. Image: art direction by Tim Hutchinson, photography by Graham Goldwater.

Items chosen from the archive include magazines, posters, prints and photographs that document the continuously changing culture of the College and draw attention to the way in which staff and students have pushed the boundaries of both new and old technology, adapting and embracing the challenge of change.

Student magazines from the 1980s document protesting students who after being warned by the police to stop disrupting traffic on the Elephant and Castle roundabout, continue their protest walking back and forth on the pedestrian crossing.

Slides from the 70s and 80s showing students using equipment and images of the College have been digitised and shown in public for the first time.

Exhibition and degree show posters celebrate the evolution of trends in typography and graphic design, all demonstrating the enduring College ethos of a hands-on approach to learning by doing.

London College of Communication’s alumni have made significant contributions to industry, culture and the wider community. Imprint celebrates the work of several former members of staff and alumni and it’s easy to trace their influence and contribution to society today.

Tom Eckersley produced a large body of design work including Penguin book covers and iconic information posters for TfL and the Imperial War Museum as well as the College. In 1931 Harry Beck, another former lecturer at the College and expert draughtsman, created the London Underground Tube map that is still in use today. 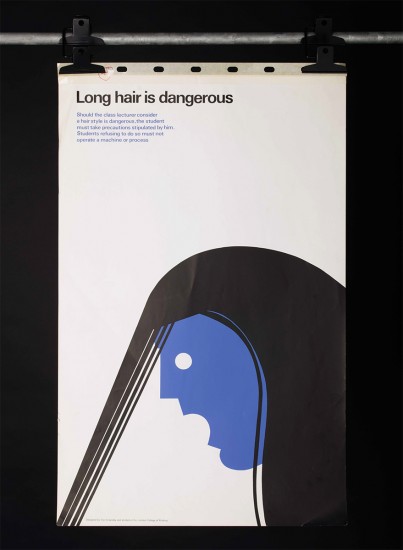 Alumni who studied at the College and who have dramatically shaped areas of the publishing industry include Neville Brody, Rankin and Jefferson Hack.

After leaving the College, Brody went on to become Art Director for The Face magazine, as well as album covers for bands such as Cabaret Voltaire, Throbbing Gristle and Depeche Mode. Notable fashion photographer Rankin and editorial director of the Dazed Group Jefferson Hack met while studying at the College and went on to form Dazed and Confused magazine, now known as Dazed.

Both are represented in the exhibition through their student magazine published during the 1990s, ‘Un-titl(e)d’, where they published interviews and portraits of up-and-coming artists of the time including Gilbert and George alongside staff members from across the University. 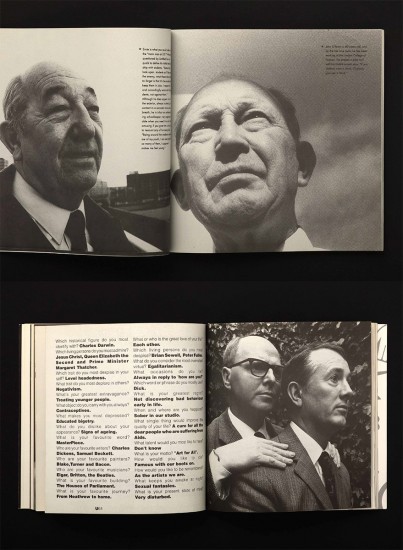 They also used the magazine as a platform to showcase students’ work. This tradition of student-initiated lifestyle journalism continues today with Artefact magazine.

Making the hidden visible makes us question the archive’s function; what is the purpose of an archive, particularly in the digital age? Does it exist solely to record a period of time? Or is it an important source of inspiration that helps us think about the future by reflecting on the past?

See images on Flickr from the exhibition and Private View