As it’s International Women’s Day, we’ve rounded up 8 of the top stories from London College of Communication that celebrate inspiring achievements by a group of talented and remarkable women.

In the year of #MeToo, Time’s Up, and 100 years since some women got the vote, International Women’s Day 2018 keeps the spotlight on women creating change. From awards won by our diverse community of students and alumni to critically-acclaimed publications by our staff, these are just some of the women who have made a meaningful impact in their industries.

Check out some of the highlights below – including the girls-only online interview series G-IRL set up by an LCC graduate and Max Houghton, MA Photojournalism and Documentary Photography Course Leader, who co-published ‘Firecrackers: Female Photographers Now’, a photo book celebrating female photographers. 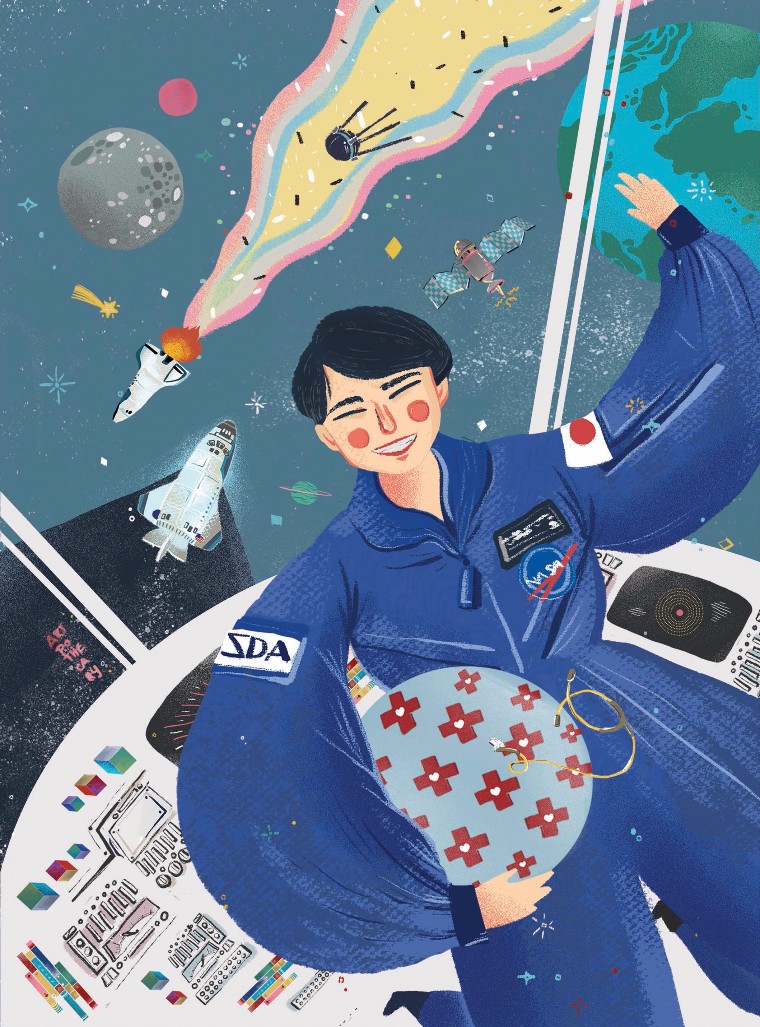 Chiaki Mukai by Huong Anh for A Galaxy of Her Own

A Galaxy of Her Own is a collection of stories of inspirational women in history who have been fundamental to human’s exploration of space written by leading expert in spaceflight Libby Jackson. The book covers everything from female scientists and astronauts to some surprising roles in between – aiming to inspire trailblazers and pioneers of all ages, the book has contributions from 35 students and graduates of LCC’s BA (Hons) Illustration & Visual Media course.

Read more about A Galaxy of Her Own

2.  LCC alumni co-founds Girls Done Good, a collective creating gifts that give back LCC alumni Zoë Tynan-Campbell, who studied BA (Hons) Photography, recently got together with friends Harriet Cox and Emma Pearce to form Girls Done Good, a London based collective creating unique and personal gifts that give back. The group donate a percentage of their profits to causes that inspire, educate and empower women. Placing ethics at the heart of their collective, Girls Done Good supported Bloody Good Period for their Valentine’s Day collection launch and donated 100% of their profits to the organisation who work to end period poverty.

Check out our interview with Zoë 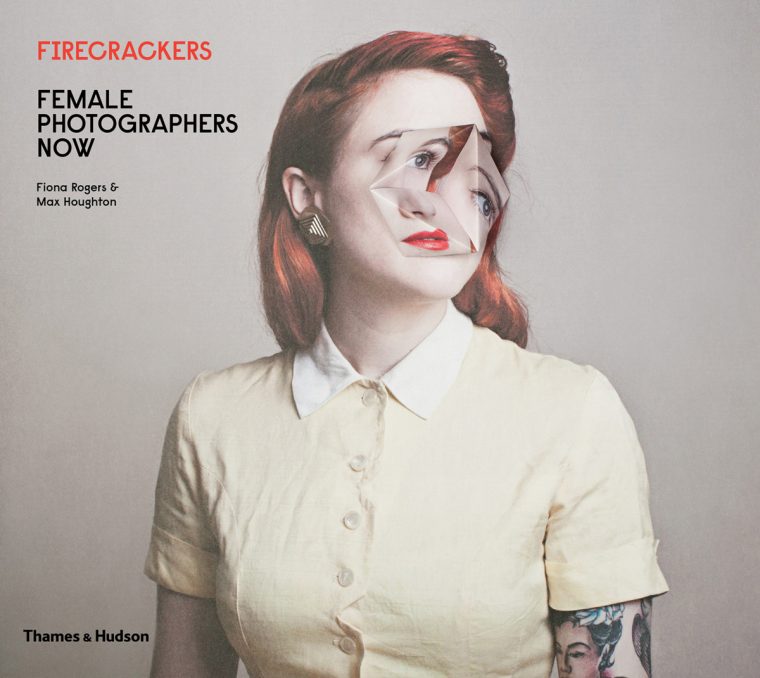 Max Houghton, Course Leader for MA Photojournalism and Documentary Photography, collaborated with a number of LCC graduates and students on her co-published new book – celebrating a group of talented female photographers. ‘Firecrackers: Female Photographers Now’, shows as much diversity as the women who made it with stories of human rights, love, loneliness, identity, journeys, political disappearance, self-harm, memory, loss, wonder and war. Each body of work was selected for the freshness of its approach; finding new ways to tell stories.

Find out more about the Female Firecrackers Heiba, Sofia and Rose, founders of OOMK (One of My Kind), from an interview with G-IRL

A BA (Hons) Magazine Journalism and Publishing graduate recently set up her own online platform, G-IRL (Girls In Real Life). Kadish Morris, who graduated in 2011, set up the all-girl interview series exploring the lives of talented women. G-IRL features a collection of interviews with female activists, artists, businesswomen, curators, DJs, editors, fashion designers and more from cities including London, New York, Rotterdam and Tokyo. Kadish is a freelance journalist, writer and poet who has contributed to the likes of Huck, Broadly, Dazed, Twin and An0ther. BA (Hons) Journalism Course Leader Vivienne Francis was recognised for her contribution to diversifying Britain’s media industries as she was shortlisted for ‘Diversity Champion’ at the 2017 Diversity in the Media Awards. Former journalist Vivienne attended the star-studded event at London’s Hilton Waldorf Hotel, celebrating those who work to promote diversity across Britain’s media industries. Aside from being a highly-esteemed lecturer and Course Leader, Vivienne has been instrumental in setting up the Refugee Journalism Project at LCC.

Read our interview with Vivienne about being shortlisted

6.  LCC welcomed five panelists to create a dialogue around the changing concepts of our gender and sexual identity 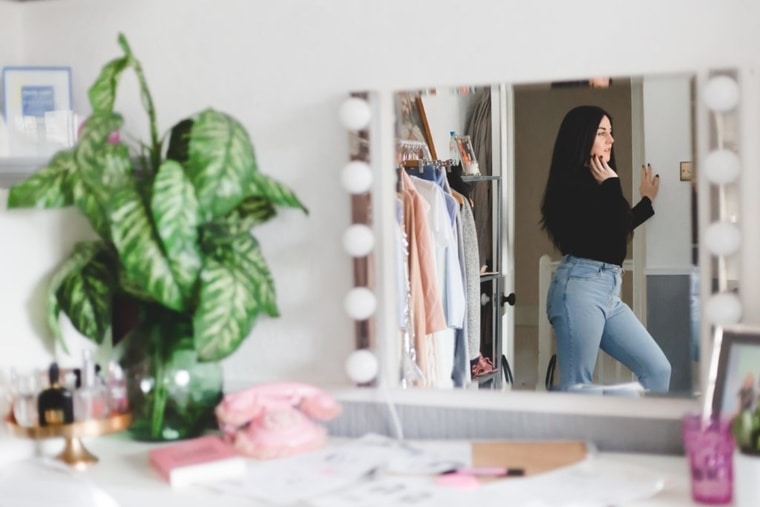 LCC welcomed five panellists for a discussion on the subject of creating new spaces for dialogue around LGBTQI+ concerns. Hosted by Denise Ackerl, who undertook a PhD at Chelsea College of Art, the panelists discussed how broadening the scope and space for open dialogue can create a more meaningful understanding of LGBTQI+ issues and concerns. Panelists included Nadine Davis, filmmaker, curator and Co-Founder of BBZ Collective, Dawn Hoskin of the Victoria & Albert Museum, Felix Lane of Open Barbers, and Charlie Craggs, UAL graduate and creator of Nail Transphobia.

Find out more about the event 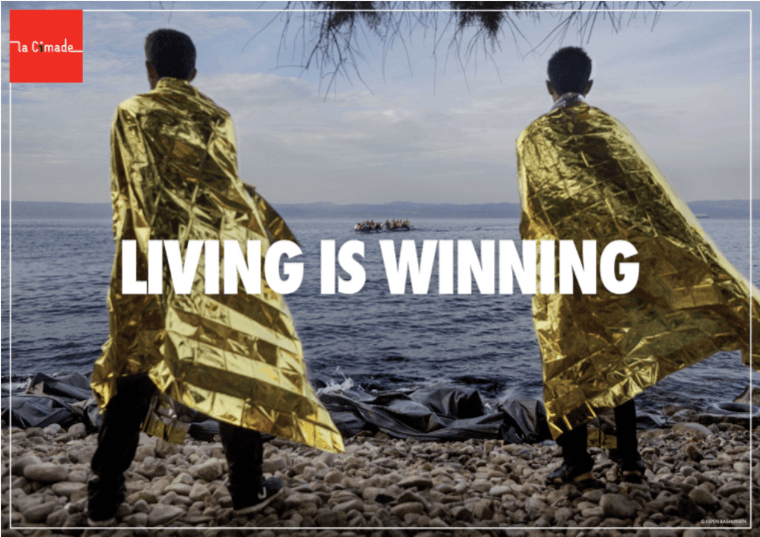 MA Advertising graduates Min-hyung Choi and Valentin Guiod recently created the ‘Living is Winning’ advertising campaign, which challenges the perception of refugees in the media. The campaign was created on behalf of La Cimade, an independent humanitarian organisation which protects refugees’ rights. Consisting of a series of posters, 3 films and a campaign website, the campaign has been praised by the French media, social network users and industry professionals.

Read our interview with Min-hyung and Valentin 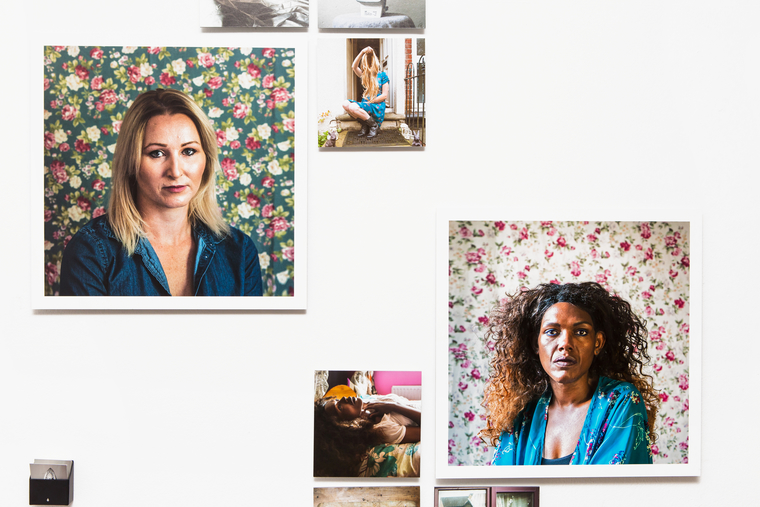 ‘Domesticity’, by LCC grad Claudia Agati, is the story of 4 women, with very different backgrounds, who have endured different forms of physical and non-physical abuse. These stories are about power, and the control one person exerts over another. This poetic ideal of the domestic space masks and hides the reality and lived experiences of the many who have suffered and still suffer intimate violent relationships within their homes. The aim of Claudia’s project is to break the silence and challenge the stigma associated with those who undergo intimate violence.