To coincide with the 50th anniversary of the release of Stanley Kubrick’s Dr Strangelove we’ve delved into the archives here at LCC and uncovered some amazing behind the scenes images from the classic cold war comedy’s production. Including a dead pan Peter Sellers, some obscure index card scribblings from Kubrick himself and proof of a deleted cream pie scene deemed to silly for the final cut.

The BFI are holding a special screening of Dr Strangelove on Saturday 25 January at 6pm, as part of the London Comedy Film Festival, followed by a Q&A with Jan Harlan, Kubrick’s Brother-in-Law and Executive Producer on a number of his films, and Richard Daniels, Stanley Kubrick Archivist at UAL.

Sarah Cox who is assistant archivist at UAL’s Archive and Special Collections Centre, where the Stanley Kubrick archive is held, has written a blog for the BFI which includes more images and insights from the making of the film. 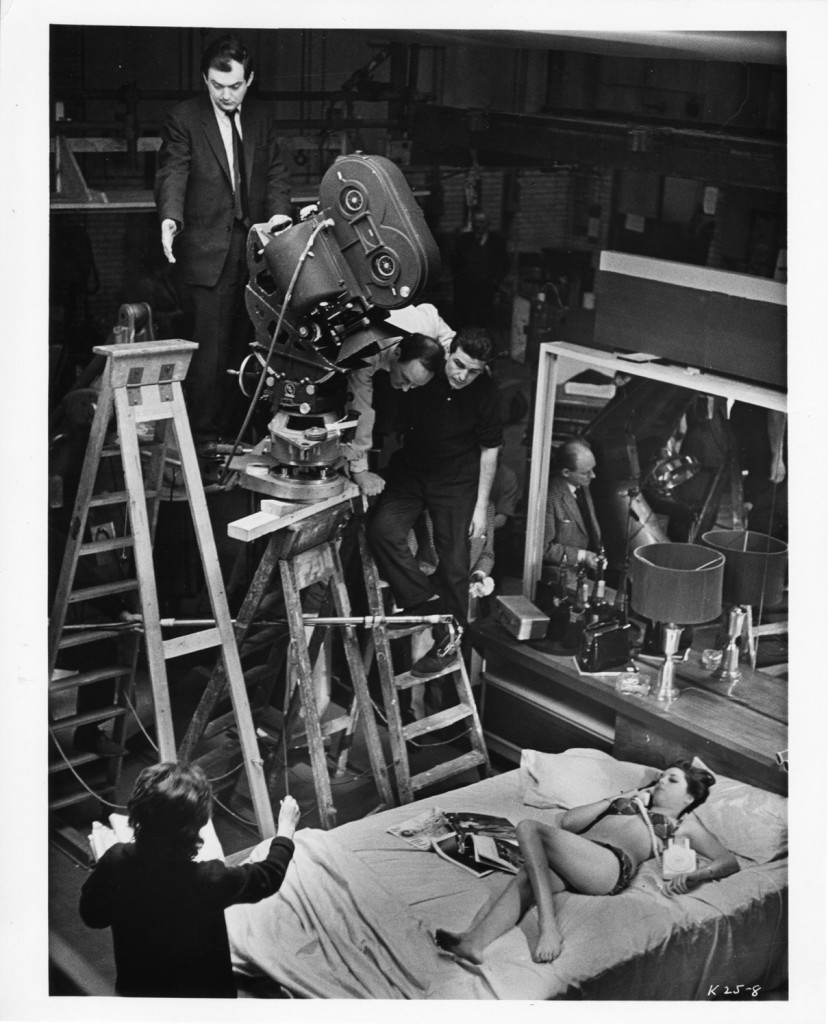 Model of a B-52 bomber used in the film, c1963. Production designer Ken Adam used information found in technical magazines to replicate the planes. US servicemen who visited the set were reportedly amazed by the accuracy he achieved. 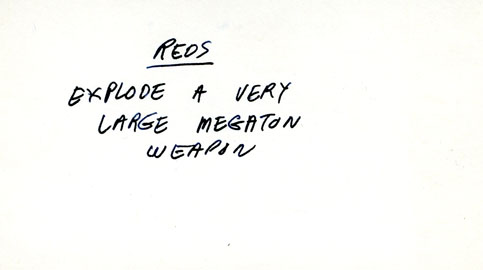 Ken Adam’s artworkf for the production of the film 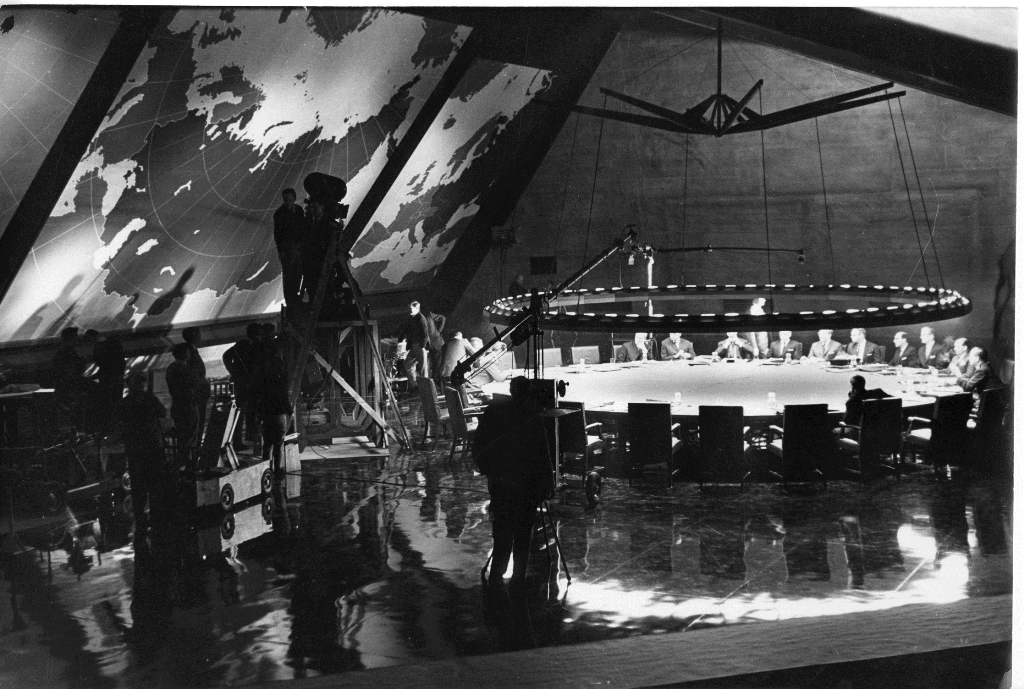 Behind the scenes photo of the War Room set, c1963 Stanley Kubrick with Peter Sellers in the role of President Muffley, c1963 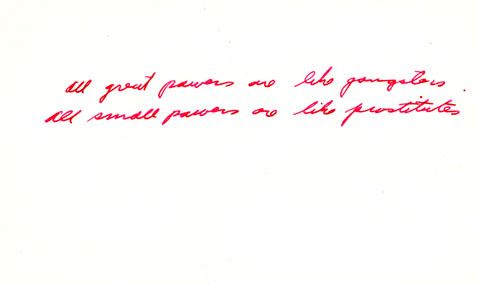 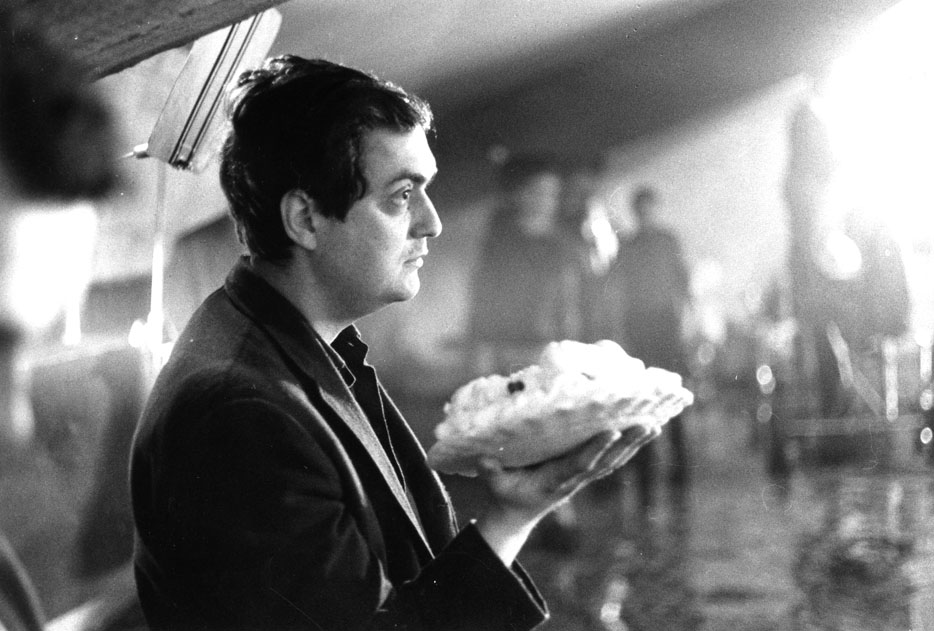 Stanley Kubrick on set during the deleted ‘Pie fight’ scene, c1963. The pie fight was originally intended as the closing sequence for the film but was cut at the last minute. 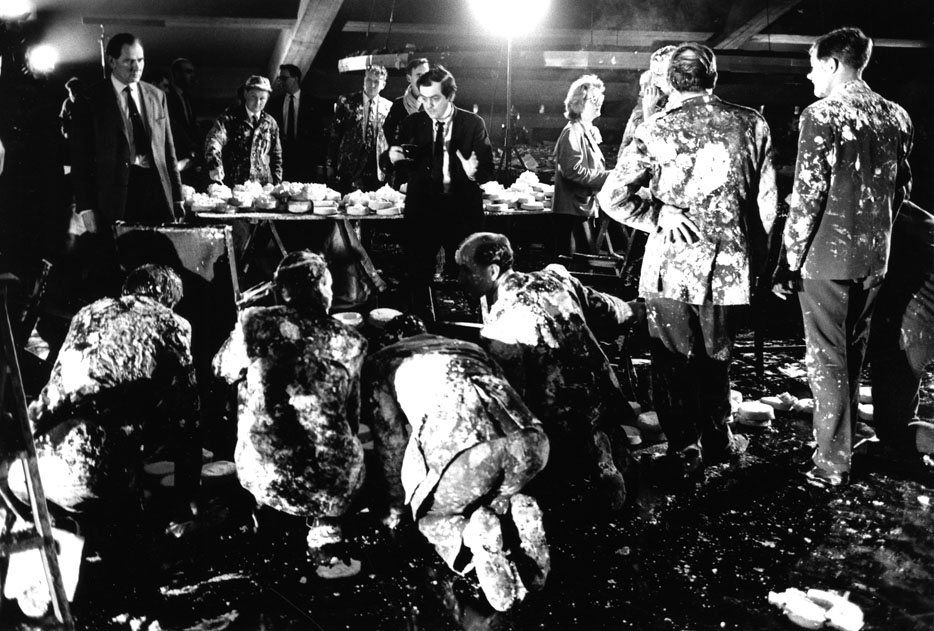 To coincide with the anniversary a selection of archive material from the making of Dr Strangelove is currently on display in the Archives and Special Collections Centre at LCC. If you’re a UAL student or member of staff interested in a research visit you can get in touch with the archive team at: archive-enquiries@arts.ac.uk

Credits: for all images special thanks to the SK Film Archives LLC, Sony Colombia, the Kubrick family, and University of the Arts London Archive and Special Collections Centre.