Students on LCC’s BA (Hons) Live Events and Television course recently enjoyed a cross-year collaboration in which first-year students worked as runners and in other roles on second-year students’ films.

This year’s House Project had a 1950s theme and saw students coming together to develop, produce, write and design 14 short dramas in four weeks, supported by tutors. 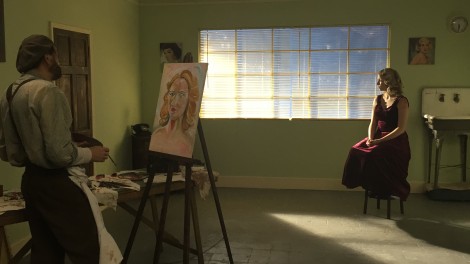 The collaborative approach provided a chance to network and gain practical on-set experience, and also involved students from BA (Hons) Film and Television and BA (Hons) Sound Arts and Design.

Two first-year BA (Hons) Live Events and Television students who benefitted from this opportunity spoke to us about how it worked and what they learned.

Chloe Mattei – runner, Once Upon a Time

Just before the film crew of ‘Once Upon a Time’ were about to start filming, I was asked to be their runner for the day.

As I had never been a runner before this was daunting to start off with, but I was excited about the opportunity to learn more about the production. My role involved collecting materials or assisting anyone in the crew who needed extra help. 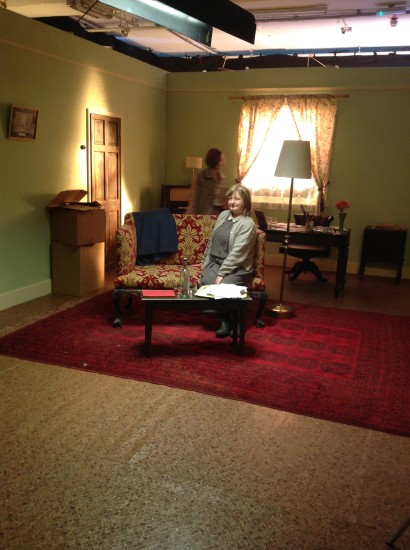 House Project day 1, set of Once Upon a Time.

At the beginning of the day I was introduced to the director and producer who made sure I knew where the basic equipment was around the room. Straight away there was a problem with the sound recorder running out of stand-by batteries, so it was my responsibility to purchase more batteries on budget, confirming with the production co-ordinator.

As well as running around for various tasks, it was also important for me to help relieve the stress between the crew by always having a smile on my face and being flexible with my time.

Another aspect of the role was being able to think quickly on my feet. For example, during one of the scenes there was liquid being poured into a glass which needed to be then poured back into the bottle for the shot to be captured again. However, as we did not have a funnel on set I had to make one; I did this by simply getting a plastic cup and punching a whole in the base which worked perfectly.

During the work experience, I enjoyed getting to know the whole team and seeing them succeed with their responsibilities within the production. Also, it was a pleasure to get to know the extras as many times I guided them onto set, making sure to point out any hazards.

Through being part of the team I observed just how important communication is to a production, as when the crew communicated well everyone was on the right page of the script and people could multi-task faster, without problems developing from misunderstandings. 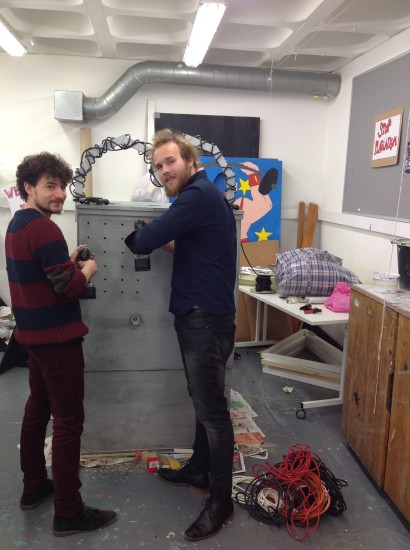 First- and second-year students working together.

During the second term of my first year we had the opportunity to collaborate with the second-years on the House Project.

For the majority of our year this was an opportunity to learn from the second-years’ experience and network with them. For myself, this meant throwing myself into the project, working on three films in the art department in various ways.

Across all the films I was involved with sourcing props and retrieving them, set dressing and building specialist makes. I also had the opportunity to be involved in the shooting of the films as a runner.

Through all of these opportunities I have not only learned about different roles within the studio but have been given the opportunity to discuss the course and build relationships with all involved.

This for me has been the highlight, and while travelling to props houses was exciting, and building sci-fi machines was creatively freeing, it is the relationships with those I have worked with that will last and guide me in what I want to do next year, whether that be producing or being part of the crew. 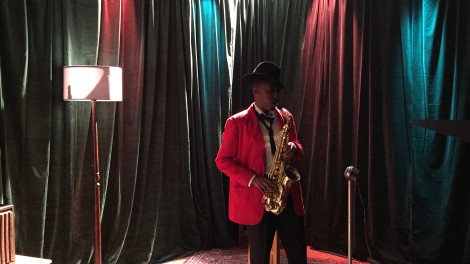