Students from LCC’s partner schools and colleges recently enjoyed a four-day Insights into UAL Spring School at LCC organised by UAL Outreach, designed to provide a taster of the university environment through workshops in subjects ranging from multimedia and marketing to animation, illustration, sound arts and photography.

The sessions were open to students in the first year of A-levels or a Level 3 Diploma whose parent(s)/guardians have not completed a university degree. Students worked with cross-discipline LCC tutors and student ambassadors, exploring art and design processes and materials, collaborating in groups and producing work spanning different subject areas. Students in the typography workshop looked for typefaces in the environment around them.

We spoke to some of the students to find out more about their experiences:

“Today we’re getting together a curation of everything we’ve been doing for the past four days. We’re going to put it for display for the other groups to see. Our task is to launch the clothing brand American Eagle to the UK. It’s currently a brand in America, so we have to think about advertisements, sponsorships, TV and marketing for a UK audience. We were given some background on American Eagle as a brand, but we’ve also been looking on the existing American Eagle website and working from there.

“I’ve been annotating our work and doing more of the organisation side, like thinking about the layout and how we’re going to present our work. It’s my first time being here at LCC. I’ve never really been to a university before, especially as in-depth as this is. It’s been great, I’ve really enjoyed meeting people from other colleges and learning new things and just experiencing stuff!” – Chelsea Bernard 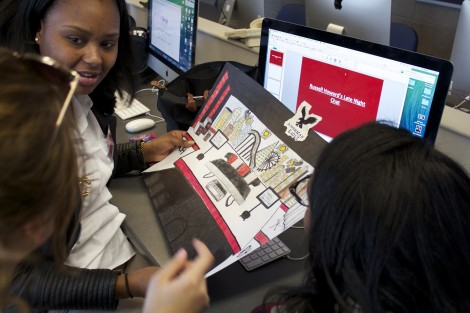 Tutors and ambassadors helped students to develop their projects.

“I’ve been using Adobe After Effects to animate writing, just trying out different fonts and animating them to slide onto the screen, like you would see on a TV advert.

“Learning how to animate text and adding different kinds of animations – like slides, spins and fades – has been useful. I’ve also enjoyed doing research and marketing and thinking about what would happen if we did have to make an advert or had to present an idea to producers or bosses at a studio. It’s given us a broad insight into it all” – Natasha Wright 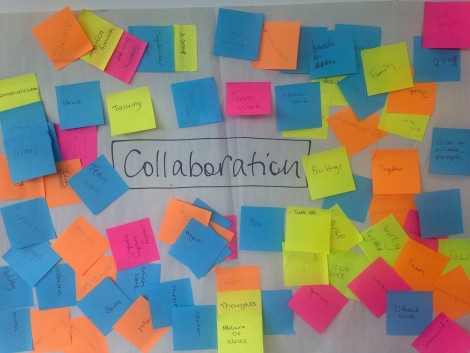 A display of students’ ideas about collaboration.

Other students in the School also commented:

“I wasn’t really thinking of going to a uni in London, but loads of people have been saying “It’s close to home, budgeting would be much better” because I could come here from home, so I wouldn’t be spending too much money. So thinking about that, it’s slightly easier to see where I’d be based.”

“I’d like to go into animation, so it was really good to test out the different programmes – stuff I’ve never used before – and work with other people with different ideas. We mainly used Adobe Premiere Pro, which I’d never used before, because at my College we mainly work with Photoshop, so I’ve written notes down about how to use it.” 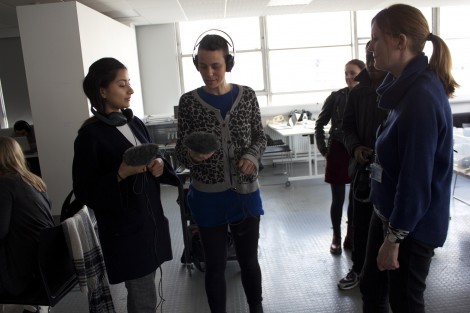 Tutors led a series of subject workshops including one on sound and film.

“I think it’s been interesting, and pretty fun. There’s been some new insight on how things work, as well working with software such as After Effects. I think it’s also been useful as a team building exercise. I’m thinking of going into design, but more specifically games design, so another useful thing I’ve got from this course is that I’ve been able to talk to one or two people who are working here and who know some of the courses I could potentially do at this university.”

“I want to go into illustration – at the moment I’m at college studying film. I’ve found the Spring School really helpful – the reason I came here was because I have a lot of interests and I’m not sure which one I want to specialise in, but coming here it makes you realise what you could take at uni”. 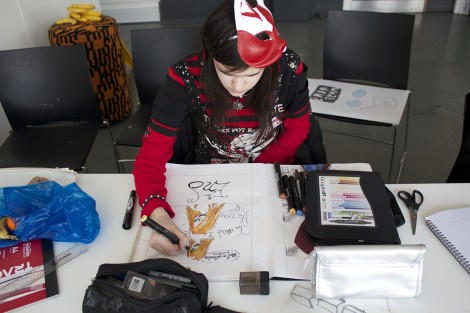 Workshops spanned a wide range of disciplines including illustration. 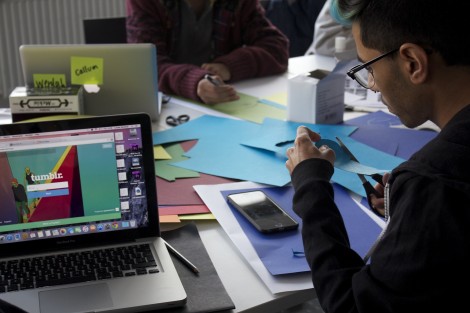 Students got to grips with art and design processes and materials during the workshops.