The fantasy-horror short, directed by BA (Hons) Film and Television alumna Prano Bailey-Bond, sees 12-year-old Doug drawn into the lurid world of VHS horror as he investigates the mysterious disappearance of his father.

Tim Harrison, LCC Associate Lecturer in Film Sound, took on the live project and arranged for the students to form the sound post-production team with him during their Film Sound unit.

This was the first time that most of the students on the course had worked with film, and the unit took them through the various roles available. They then selected a role and were given a section of the film to work on. All their work was combined and mixed at the end of the module.

Seventeen of the students take a full credit on the film, alongside a post-production credit for the College, where the sound work took place. 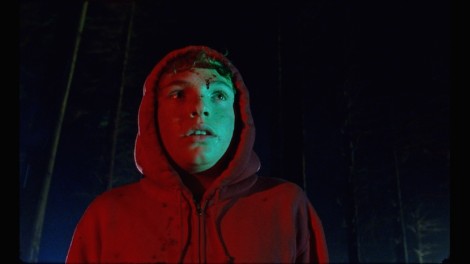 Tim has praised the students’ achievement, saying: “The students showed great creative flair and collaborated very well with each other. The director was delighted and the sound has been getting a great reaction from audiences”.

The film is appearing at the Festival as part of the Wild at Heart and Weird on Top mixed programme, which draws on horror, surrealism and underground and cult cinema.

This programme is showing at Rich Mix Cinema on Sunday 11 October and BFI Southbank on Tuesday 13 October.

Both screenings are sold out, but you can find other opportunities to see the film, including the London Short Film Festival in January 2016, on the Nasty Facebook page. 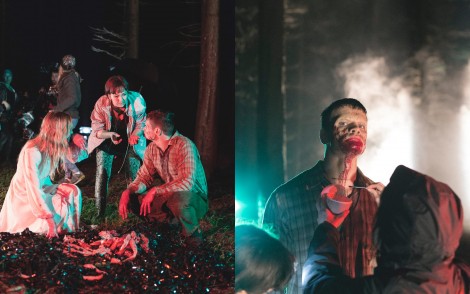 Behind the scenes on Nasty, dir. Prano Bailey-Bond, 2015.

Read more about the LFF screenings