Rebecca is part of UAL’s Integrated Study Abroad programme and has joined LCC for one year from her home university in Brazil, Pontifícia Universidade Católica de Minas Gerais.

Her presentation, ‘Calais Refugee Camp: How CalAid could optimise its aid’, was delivered at the inaugural research forum in March 2016, alongside research by other students from across the University.

We asked Rebecca to tell us more about developing a human-centred design project that is both topical and highly personal.

What first inspired you to research CalAid and the effectiveness of donation for refugees?Well, I knew, as everyone else, that the refugees’ situation just keeps getting worse. They need all the support they can get. I was glad to see good-hearted people doing their best to somehow improve living conditions at refugee camps, but I realised that some design management tools could optimise their work. Also, it was a way for me to get involved with an issue that I deeply care about, being a daughter of a Lebanese father and a Syrian mother that once migrated to Brazil.

What is the main problem that you identified?The main issue with CalAid and other NGOs collecting donations from developed countries to refugees is that these organisations are getting items that have no use for someone living in a refugee camp, such as DVDs and wedding dresses. Donating goods sometimes becomes a way for people to get rid of stuff they no longer wish to have. This behaviour not only doesn’t help migrants, but also creates logistical problems for the NGOs.

How is it being tackled currently, and what are you proposing instead?CalAid are doing their best at collection points, gathering, packing and then sending all donations to the Calais camp – also known as The Jungle. They have no labelling or filtering standards, leading unwanted items to arrive at Calais. Those items end up creating logistical issues in the Calais warehouse due to its limited volunteers and storage space.

One of the things I proposed to improve this scenario is to use standard coloured tag stickers that separate items by category. In that way, warehouse volunteers will save time when going through donations. I’ve also suggested the creation of pop-up charity shops at collection points, so unwanted donations could be sold right away, generating revenue for refugees. 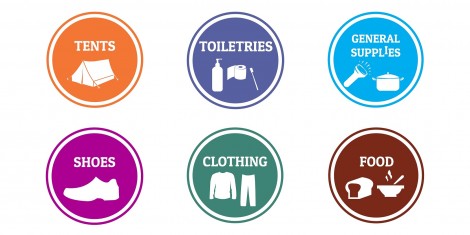 How did you find the experience of taking part in the UAL Undergraduate Research Forum?It was really interesting to know about many cool projects that are being developed by undergraduate students just like me. It was truly inspiring. Talking from a personal point of view, I was too nervous and probably spoke too fast, but felt a great energy from the room.

What’s next for your research in this area?I’m planning to volunteer during the next CalAid collection point in London and bring with me a few prototypes of the proposed ideas. Let’s see how that goes. 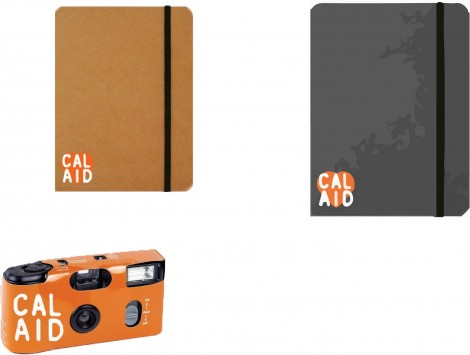 Materials that Rebecca proposes as “cultural probes” to be used by volunteers and refugees in carrying out qualitative research.

And what do you hope to do after graduating?I’m still not sure of what I’m going to do right after I graduate since I’m a year 2 at the moment, but I see myself going back to Brazil and applying all the knowledge I’m getting from here. I believe there is so much you can do with service design and design thinking to improve people’s lives. I want to create meaningful things for me and for others.