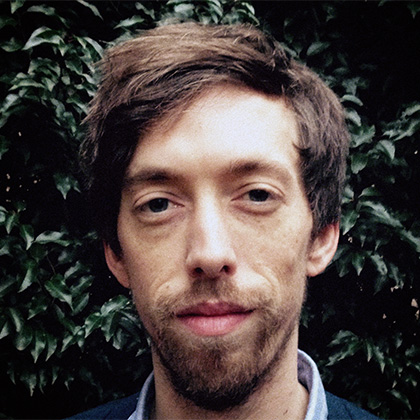 After studying Philosophy and Computing at the University of Leeds, Tim founded narrative audio company Aumeta, with clients including Film4, BBC, and Vice. He went on to produce a number of award-winning music videos for Studio Murmur, an international filmmaking collective.

Tim also makes experimental short films, with his directorial debut 'I Woke Up Before I Went To Sleep' screening at a number of international film festivals. These works are a result of his research into the interchange between film and philosophy, with a particular focus on philosophy of mind and philosophy of science.

Sound design remains a huge passion for him, both as a practitioner and an educator. Particular fascinations are the relationship between film sound and the subconscious mind and in the intersection of sound design and music.

Tim’s teaching focus is on active learning, with materials being key to an engaging experience.