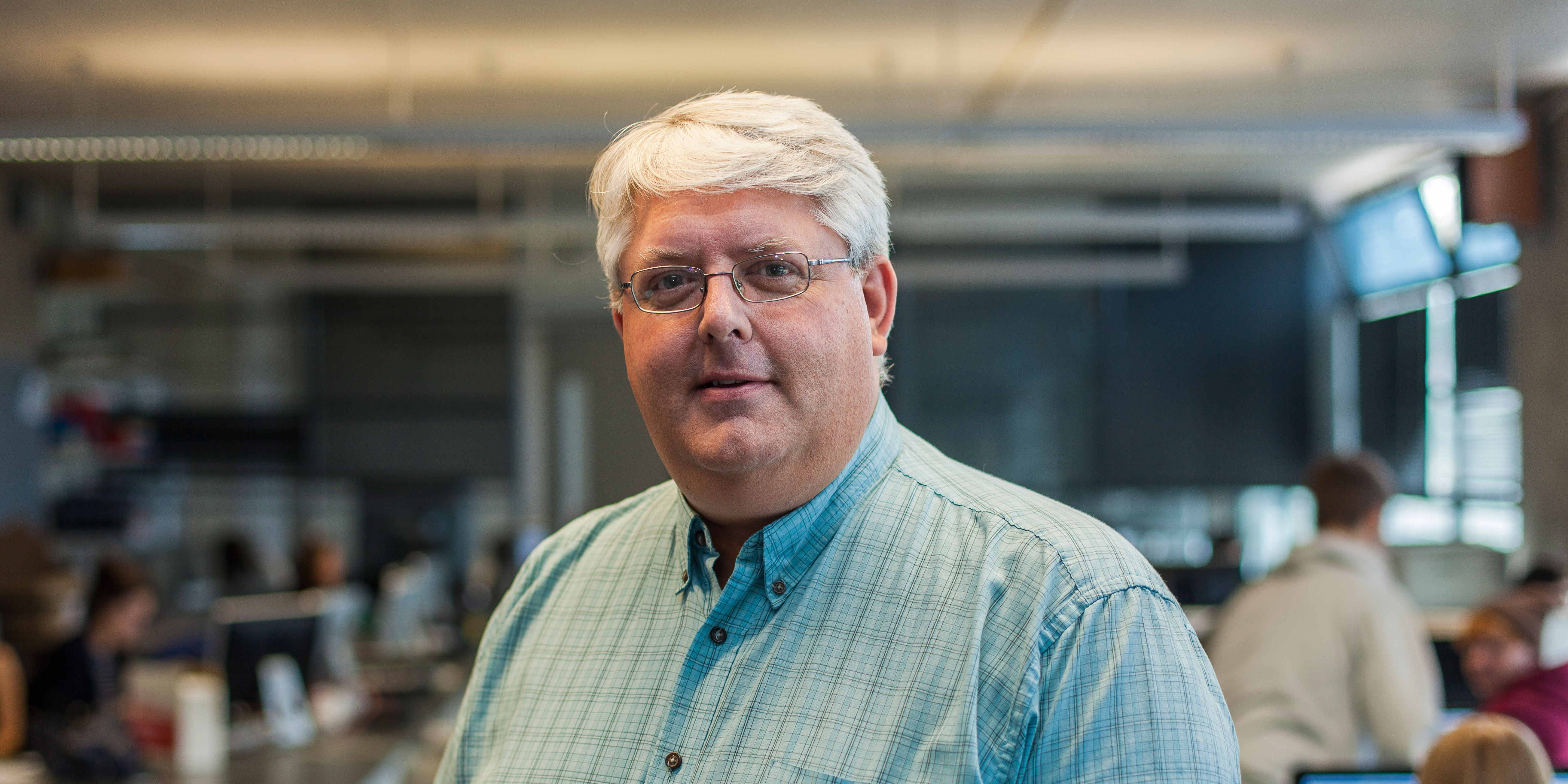 Russell teaches across all three years of the course and is responsible for the digital media aspect of the final year major project (a unique workplace simulation which has been running since 1994) where students work on a live magazine, Artefact, and its associated website and social media, based in an industry-standard newsroom in the college, which includes radio and TV studios.

Russell's career in journalism, production and innovation covers radio, television, online, interactive television, mobiles, TV-over-IP and broadband. This includes four years as Editor-in-Chief of Web and New Media at Al Jazeera English (AJE) where he was responsible for developing a converged new media strategy for the new international news network which launched in November 2006. AJE's integration of broadcast, online, mobile, social media and citizen journalism for their coverage of the 2008 US Presidential elections was nominated for an International Digital Emmy award.

Prior to that Russell worked at the BBC where, after starting in broadcast journalism, he moved to online and became Interactive TV Development Manager for BBC News and later, Programme Manager for Emerging Platforms at BBC New Media. His work there included a number of high-profile services such as the BBC News 24/7 Interactive Television service on Sky Digital, Broadband, Freeview and Cable which won the Royal Television Society award for Innovation in 2002, work on the BBC Media Player and enhanced television services for high profile programmes such as the 2001 General Election, Question Time, Panorama and Vote 2003 and many others.

Russell has been involved in research projects with Turner Broadcasting and the Press Association, as well as curriculum development projects with a number of other institutions, and he is currently researching the history of interactive television and the part it played in the development of today’s digital media and socially-networked society.