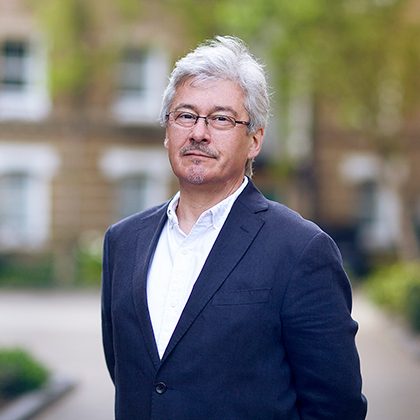 Mark Blagden is an Associate Lecturer on BA (Hons) Live Events and Television at London College of Communication.

Mark has been teaching part-time for the past 10 years, initially at City University where he taught a Major Event Management diploma for professionals and then on the Music Event Management degree foundation course. His association with UAL came about when he was asked to be an External Assessor for the new BA Live Events and Television at London College of Communication. Mark was subsequently asked to be a Visiting Professional Lecturer and then became an Associate Lecturer in 2014.

After graduating with a BA in English and Drama, Mark's professional career began in Theatre, as Company Manager and Director of the Witsend Theatre Company, where he stayed for three years.

From there he moved into the Music Industry, spending over 20 years working as an International Tour and Production Manager, touring the world with various high-profile acts from the worlds of Rock, Pop, Jazz and World Music.

In amongst the Touring, Mark has been involved in the Event Production of many Major Events including BBC Planet Earth Live (inaugural live USA Tour), BBC Awards for World Music, BBC Jazz awards, Late night at the Proms at the Royal Albert Hall and the BT River of Music Asia Stage in Battersea Park to name a few. He has also worked on various TV shows including SMTV, CDUK, the Parkinson Show and Graham Norton.