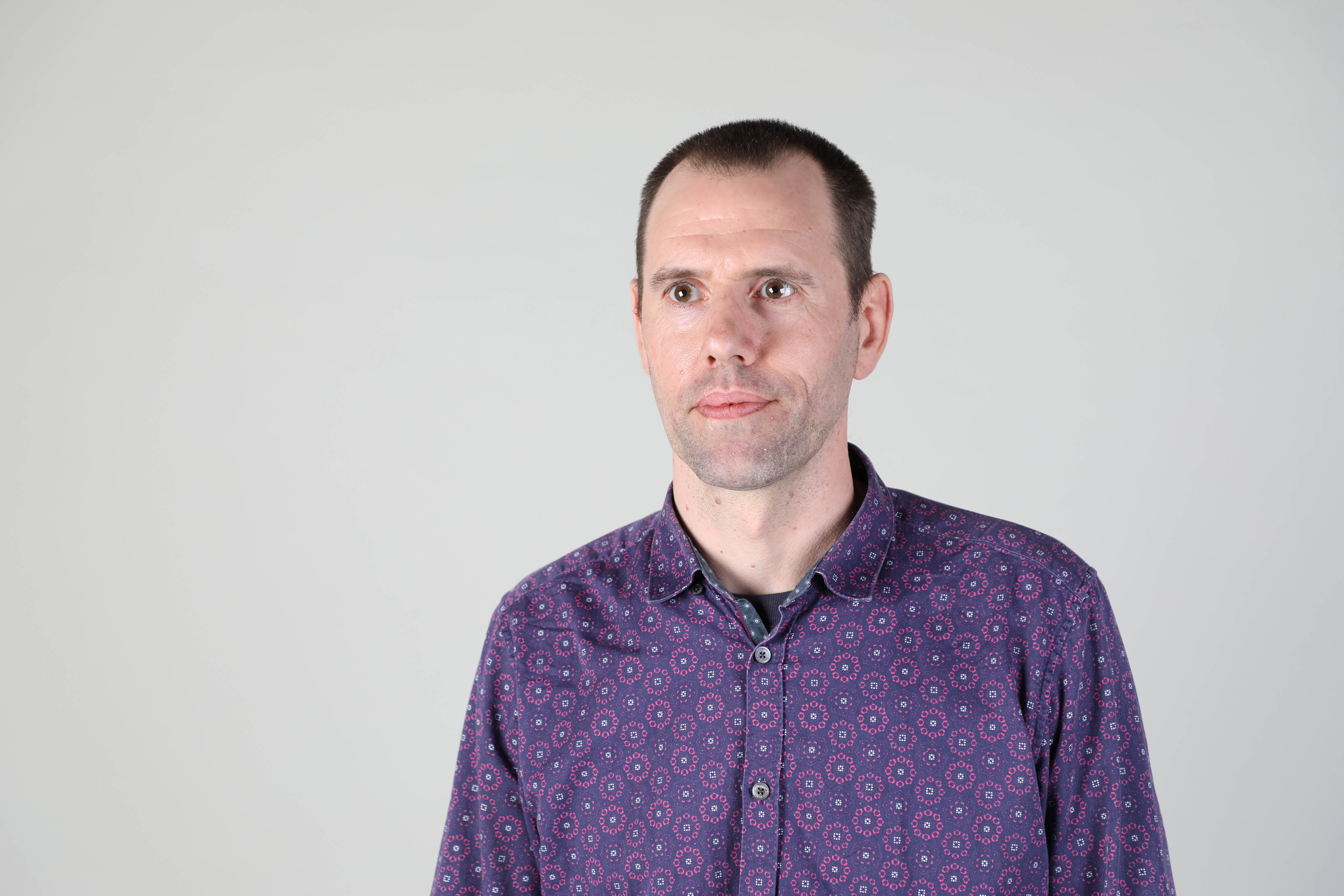 Gareth Johnson is a graduate from MA Documentary Film, and part of the LCC Graduate Residency Programme 2019.

Which course did you graduate from?

Where are you from in the world?

I’ve lived all over the UK, including around 10 years in the area of South London, around Elephant and Castle/LCC.

What have you been up to since you graduated? How has your work evolved since you left LCC?

Since leaving LCC, I’ve worked on a regular basis for several production agencies as a camera operator and editor.

I also have my own clients who I work with on a regular basis which has allowed me to purchase my own cameras, audio equipment and editing facilities.

Apart from the commercial work, I’ve directed a short film which was broadcast on BBC 4, camera op’ed for several documentary films and produced one handmade photobook per year which I publish anonymously and sell in editions of 10.

LCC provided a good grounding, but I’ve gained a lot more applied experience since leaving and learned a lot from the inevitable mistakes that come with a lack of experience.

I’d say that the "what’s" and "why’s" of editing (rather than the technical stuff, which is not too hard to learn) have become much more intuitive.

How would you describe your practice?

Varied! I’m primarily a filmmaker and photographer, but have previous experience working in web/graphic design and the production of online content.

In the future I’m interested in working on projects where these areas (and others) overlap.

What do you find most challenging/rewarding about making work?

Like many other people, it can be a challenge to survive financially in London and find the time and resources to make personal work, but there’s always a way.

I find the process of making work (commercial or personal) rewarding - more so than the final result.

What do you listen to when you’re making work?

When not editing, I like something with a lot of energy like Led Zeppelin for grading and titling/graphics, and podcasts and radio for company as editing can involve spending a lot of time on my own in a darkened room.

What’s your favourite place in Elephant and Castle?

The Lebanese Grill on New Kent Road for the best lamb shawarma wraps in South London.

What does your workspace look like? Do you have a studio?

I have a room at home which is full of computer monitors, hard drives, cables and used coffee cups. More of a cupboard than a studio.

What’s the best show you saw in the last 12 months?

The Arthur Fellig (Weegee) exhibition at the Mai Mano House of Photography in Budapest really stood out for me - I love his work and the space at Mai Mano is also full of character and the opposite of a white cube type space.

Other things that have stood out for me recently: the documentary ‘Leviathan’ and the game /multimedia project ‘It’s Winter’.

Why did you apply for the LCC Graduate Residency programme?

I thought it sounded like a great opportunity to try something new and to work on a project that is not particularly commercial in nature and different to what I usually work on in my freelance work.

It sounded like a good opportunity to experiment and explore.

What does the 2019 theme of Space Between mean to you?

I think it could be interpreted in lot’s of ways but the main way I interpreted it here are the spaces between traditional modes of filmmaking and the possibilities that are opened up by new interactive technologies: VR, AR, 360 video and (in this case) interactive browser based storytelling.

Also, with regard to the project I’ll be working on here: the space between the represented, the people representing and the audience and the ethical questions that arise in media such as documentary, photo journalism and broadcast TV.

What are the ideas that you’d like to develop whilst on the Graduate Residency?

I’ll be collaborating with the former course leader of MA Documentary, Dr. Pratap Rughani and a current tutor on the course, Iris Wakulenko on an online interactive project relating to ethics for making.

It’s based on research and practice that they have been involved in for a number of years and will involve some of the materials that they have gathered as part of their praxis, the production of some new material and an exploration of how this can be shared with a wider community of ‘makers’ both at UAL and beyond.

There was a strong focus on ethics on the MA documentary film course and we were encouraged to continually ask questions of ourselves in the projects we were working on.

I think it’s an interesting and important area, not just for documentary film but also for broadcast media, art and photojournalism and perhaps the questions around that arise around ethics don’t get asked enough by us as ‘makers’.

How would you like to involve the LCC students in your project?

I’m interested in laying some groundwork for students who want to work on interactive projects that work in a browser based environment.

From my time studying at LCC, I know there is a demand for this from documentary filmmakers but I think this could also apply to other areas such as photography and journalism.

I’ve arranged for access to a new piece of software and I hope to make this available to a group of students from different courses to explore the possibilities and perhaps develop a project of their own with it.

What are the main benefits you think you would get out of the residency?

I think I will be able to move my practice into a different direction and on to a trajectory that I will continue with after the residency is completed.

It’s a great opportunity to keep learning and try something different.

Find out more about the LCC Graduate Residency.