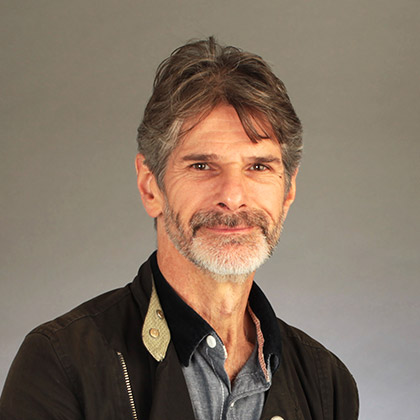 Dr. David Mollin is an artist and writer based in London. He is Associate Lecturer on the BA (Hons) Sound Arts  course and the MA Sound Arts programme at London College of Communication.

David studied painting at the Royal Academy Schools in London and the Düsseldorf Kunstakademie and completed his PhD research in Visual Arts at Goldsmiths College, University of London in 2006.

David’s work is concerned with ideas of contingency within the professionalised contemporary art world, in particular with the effect of the attempts at power consolidation and commodification and those elements of the work that disappear as a result of such a process, rendering work critically incomplete. This has led to an increasing interest in the use of writing and sound as a process of materialisation of an artwork that fails to materialise, living perpetually within discourse production.

Shows include Century City as part of the Big Blue installation at Tate Modern, Gymnasion at the Bregenz Kunstverein, Death of Romance at Ganton Street, Sir®Eal, at Redux Project Space and London and I Can’t Fight This Feeling at Crowe T. Brookes Gallery in St Louis, USA. In addition, David has worked collaboratively with Matthew Arnatt on the projects The Lisson Gallery, David Mollin’s Lawyer paintings at a House in Bow and 100 Reviews.

Other publications with Alberta press include Dreams and Conflicts: The Dictatorship of the Viewer, The 50th Venice Biennale, co-authored with Matthew Arnatt and Peter Fillingham.

David is on the editorial board and contributing writer for ‘/seconds’, an international research journal for contemporary art, and writes for various journals and publications. He edited ‘ch-ch-ch-changes: Artsits talk about teaching’, with John Reardon, published by Ridinghouse in 2010. He is organising and instigating the arts programme, in collaboration with and for, the Swiss Church London. This has included an annual exhibition organised with Goldsmiths MFA curating course, as well as individual events and exhibitions.

Since 2008 he has worked collaboratively with Dr Salomé Voegelin. Their most recent exhibitions include text and sound piece for Writing Sound 2: Writing, Listening; Performing at Lydgalleriet, Bergen in Norway and Dustcatcher, soundwork for The Ear is a Brain Compendium by Liquid Architecture, Melbourne, Australia. He also produced multichannel work as part of Fermata at Artisphere in Washington DC.