Steve Watson, creative entrepreneur and founder of Stack, and editorial director at Human After All, visited LCC students on Friday 24 January to share his thoughts on how niche independent magazine titles can survive and thrive in an extremely competitive media sector. MA Publishing student Teresa Sutter reports.

Stack is a magazine subscription service that surprises its subscribers with a different independent magazine selected and supplied each month. Magazines on the Stack subscription roster have included Little White Lies, Delayed Gratification and It’s Nice That‘s magazine Printed Pages. The current distribution system in the UK works in favour of the big players.

“This makes it extremely hard for independent magazines to get established”, said Steve. 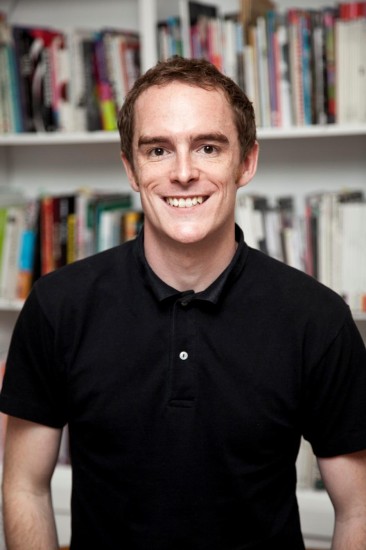 With Stack he wanted to make it easier for readers to discover independent magazines and vice versa. What started as a small side project in 2008, funded by his father and father-in-law, now has around 1,700 subscribers and is about to become Steve’s full-time job.

During his talk Steve shared his view on four magazines which are all currently thriving despite huge structural industry barriers to overcome. Intern, a new title funded via Kickstarter, is a magazine on the internship culture in the creative industries that has been able to engage and mobilise a very large community. Thanks to its great community, Steve believes, Intern managed to win Stack’s Magazine of the Year 2013 poll after having published only one issue.

He also mentioned The Magazine, an iPhone app that publishes five articles every two weeks, Fat magazine, which addresses the reader in a cool, clever and authentic way, and The Long Good Read, a weekly collection of the most popular articles published in The Guardian. The  magazines featured by Steve are interesting examples of titles that have managed to survive successfully in an overcrowded market because of their engaging content and of their uniquely select and shared communities.

At the end of his talk, Steve Watson answered the students’ many questions on the future of Stack, the Printout events which he co-hosts and his views on current publishing issues.