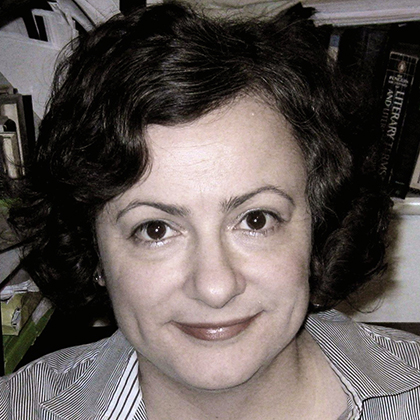 Katerina is a film and media historian, having completed her PhD in 2010 at Birkbeck College’s interdisciplinary School of History of Art, Film and Visual Media. After this, Katerina held a Post-doctoral Fellowship at UCL (2010-12), funded by The Henry Moore Foundation, and a Visiting Research Fellowship at Panteion University in Athens, Greece (2012-2015), supported by the EU’s Research Social Fund.

Her publications include articles in: International Journal of Media and Cultural Politics; Visual Culture in Britain; Film History; Film-Philosophy; and an essay in the edited collection Learning With the Lights Off: Educational Film in the US (Oxford University Press, 2012).

Katerina's research interests relate to history and theory of documentary film and non-fiction cinema; educational and propaganda cinema during and after the Second World War; arts documentaries - with special focus on the media iconicity of Henry Moore and his sculpture; British, French and European cinema.

Her current research investigates the relationship between discourses of pacifism and documentary cinema after the end of the Second World War. On this, Katerina recently contributed a short piece: The Peace Machine: Can Cinema Eliminate War? (April 2015) to the Research Blog of The George Washington Wilson Centre for Visual Culture, University of Aberdeen.