Lina graduated in 2009 from the course which focuses on the creative use of sound as a medium for film, animation, interactive programming, digital improvisation, and installations. The Sound Arts and Design course at LCC is delivered within specialist industry standard audio facilities and led by a team of tutors comprised of internationally recognised sound artists, composers and writers.

Since graduating, Lina has exhibited and performed at the David Roberts Arts Foundation, BBC Proms Tate Modern, Skopje Bienalle, and the Holland Festival. She is an artist, composer, musician and performer currently exploring the phenomena of song to examine the issues of displacement, otherness and beauty.

The Biennale jury awarded Lithuania top prize for an international pavilion for its portrayal of the dangers of climate change, critique of leisure, our times sung by a cast of performers and volunteers portraying everyday people. The performance first debuted at Vilnius’s National Gallery of Arts in 2017 in Lithuanian and was adapted into English for the Biennale. 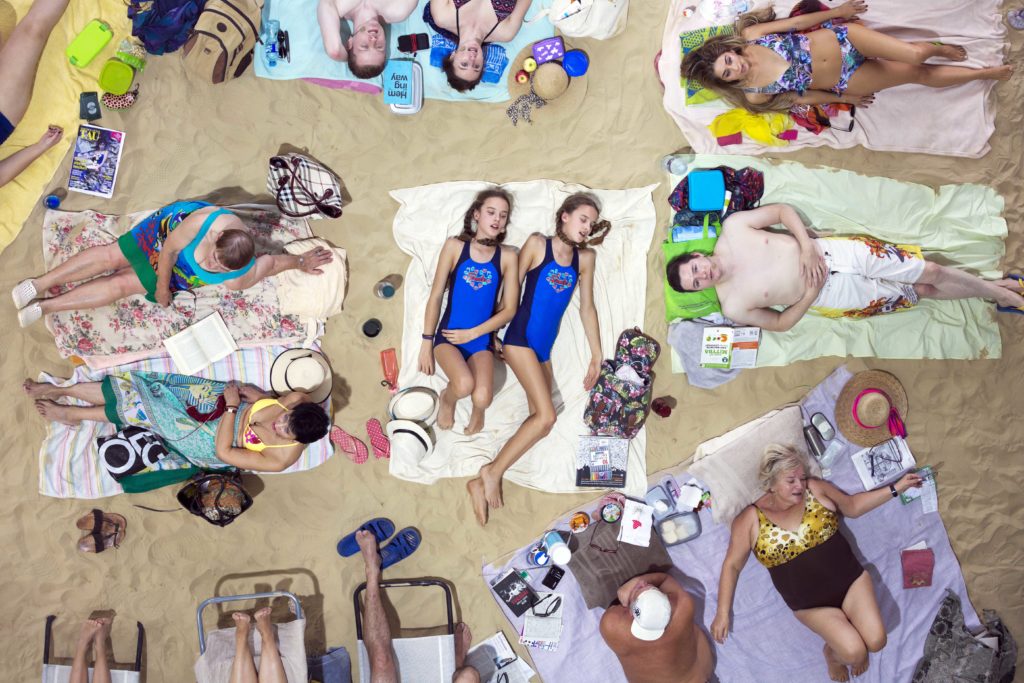 The jury’s motivation for awarding the performance a Gold Lion was its experimental spirit and unexpected treatment of national representation. The Biennale jury was impressed by the Lithuanian Pavillion’s engagement with the city of Venice and its innovative use of the venue to present an opera inspired by the writer Bertolt Brecht.

The performance has been described as a 'revelation' for presenting an unnerving message about climate change by focusing on the mundane. Viewers look down at a sandy scene of vacationers enjoying a day out at the beach singing about a world, like our own, full of minor inconveniences.