MA Graphic Branding and Identity students from London College of Communication have collaborated with Grange Primary School in Southwark on a promotional campaign aimed at raising awareness in the local community.

Grange Primary school on Webb Street, off Tower Bridge Road, had recently been converted into a two-form school with new, state-of-the-art buildings and facilities, and was awarded a ‘good school’ rating by Ofsted – and the campaign aimed to raise awareness of the school in the local area.

Governor of the school Jolyon Tibbitts, explained that there was a need to re-promote the school to the local community. For Mr Tibbitts, the construction work meant that the school “had looked like a building site” and that had made parents “concerned” about sending their children there.

Having known about London College of Communication’s involvement in community projects, Mr Tibbitts reached out for assistance in designing and delivering the campaign which was fully funded by the City of London Weavers Livery Company who have been a partner to the school for over 20 years. 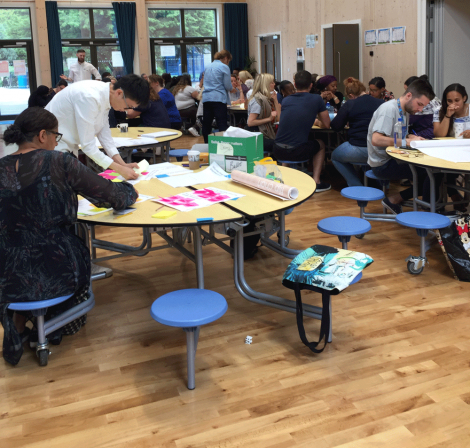 ‘I instantly wanted to get involved’

MA Graphic Branding and Identity students were invited to work with Grange Primary, using their skills in design and engagement to create compelling campaign materials for the school.

As student Oliver Young explained, “we heard about the project during a lecture, where lecturer Sunita Yeomans explained it. I instantly wanted to get involved so I could develop and grow as a designer through the platform of a real-life project.”

“I got really excited about the brief and client,” said student Sara Norbomm, “and saw it as a great opportunity to grow and learn.”

Student Yuyang Chen agreed, remarking “it was my first project outside my country, and I thought that I could learn a lot through it – not only by working with partners from different backgrounds, but also with a local client.”

Lecturer Sunita Yeomans, who supervised the work on this project, said “I believe these ‘live’ projects are an essential aspect of a student’s education to help prepare them for life after university. Students learn how to be creative whilst meeting a client’s expectations, and all within the safety net of an experienced tutor who allows them to learn through trial and error. Working with the local community

The students met with the school, conducted research, and held workshops with 60 members of staff and pupils, and then developed ideas about what the campaign might look like. They focused on using real stories from staff and pupils, as the students felt that this was critical to building trust and raising the profile of the school in the local area.

“Working with such a fun client; getting to talk to the kids, parents and teachers and really getting to know them was great to get the insights for the campaign,” Sara said, adding “and the kids were hilarious and absolutely charming to work with.”

“I really enjoyed developing a close relationship with the school and its community,” Oliver said, “we got to know the teachers, students and parents on a first-name basis.” 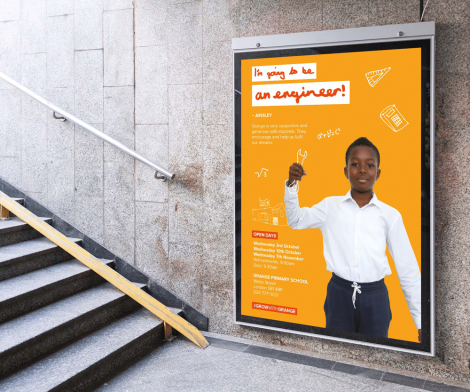 ‘Learning from the people around you is the best’

As well as helping the school, the students gained plenty of experience in team-working and applying their skills in a practical context.

“We’ve worked closely as a team the whole project,” Sara said, “we all have different backgrounds both in the industry and culturally, so we’ve been able to complement and learn from each other.”

The project also provided insights into British industry practices. Working with the local school gave international student Yuyang an opportunity to “learn from the school, but also the different business culture in the UK.”

Yuyang remarked that the project could serve as a case-study for future reference, particularly for Chinese and international clients. “I am sure it will be valuable, as it contains so much in first-hand documents and experiences that will be beneficial for both designers and clients in my future career.”

‘A great way to start the final half term’

Grange Primary appreciated the students’ work, which will be seen in the local area in the form of posters and potentially bus stop advertisements. “We were really impressed,” Headteacher Diana Valcheva said, “particularly with the quality of ideas, the creativity and commitment of the students who worked with our school. 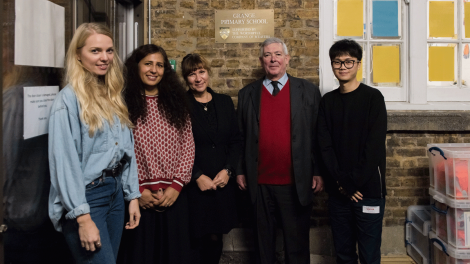 “The sessions were well-designed, delivered with care and appreciation, which left many colleagues feeling positive and recognized. It was a great way to start the final half term of the school year.