Kicking off LCC’s recent evening of industry screenings held at BAFTA 195 Piccadilly was a showreel presentation by BA (Hons) Film and Television.

From directing to producing and from sound design to cinematography, students on this course are able to choose their own specialism, culminating in a final major project in their third year.

We asked some of the graduating students to tell us more about their work. 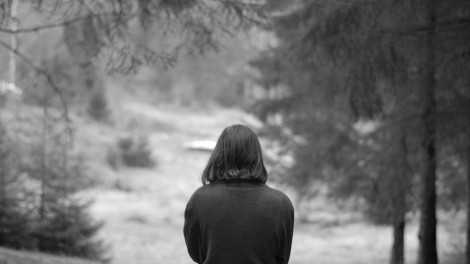 The production unit flew a cast and crew of 15 to Scandinavia, filming interiors in a renovated church in Torsby, Sweden, and exteriors in Tvedestrand, Norway, during a five-day shoot. Holly tells us:

“As a producer, I often feel that despite the countless months, weeks and days of planning, I still go into shooting blindfolded. The unexpected always happens, things tend not to work out how you wanted, and there are days when things go so wrong all you can do is laugh hysterically because otherwise you’ll cry.

“But the most satisfying part of filming, is that feeling of a community and togetherness that always establishes itself, during the good times and definitely during the rough times.” 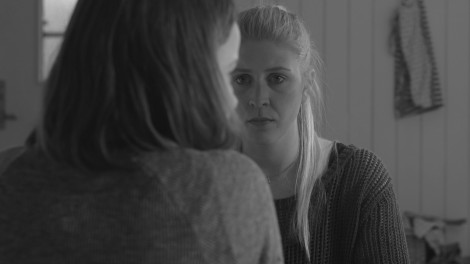 Also working on Åshild, bli. was Magdalena Kozak, who took the role of 1st Assistant Director on this production and on G O’Clock by Mitchell Marion, which explores gay sex party culture in contemporary London. Magdalena says:

“I decided to work as 1st Assistant Director as my chosen specialist role, because it seems to me that it is the most responsible and demanding role on a film set. You are responsible for the motivation of the entire crew as well as making sure everything runs smoothly to avoid delays, but it is also a creative role.

“Working on these two projects made me realise that every film project is completely different and there are various challenges which the 1st Assistant Director needs to face and resolve as efficiently as possible to keep the show running.

“Moreover, working on both films taught me that I constantly need to work with different people and personalities, and my biggest responsibility is finding a means of communication that allows us to understand each other and become a great team.”

Freddy Bowes worked as Director of Photography on TV pilot Charly’s World by Florence Scott-Anderton, a dream-like exploration of a young woman’s fears and ambitions, in which Charly is thrust into the spotlight on a nightmarish TV talk show.

Freddy designed the lighting and camera movements, created the shot list, ordered the camera and lighting equipment in pre-production, and oversaw the colour grading in post-production. Freddy tells us:

“It was a fascinating experience to be tasked with shooting a retro, surreal TV talk show. Working with such hard, high-key lighting and saturated colours whilst trying to maintain a cinematic effect was a challenging and unusual prospect, but that’s why I chose to work on the project. 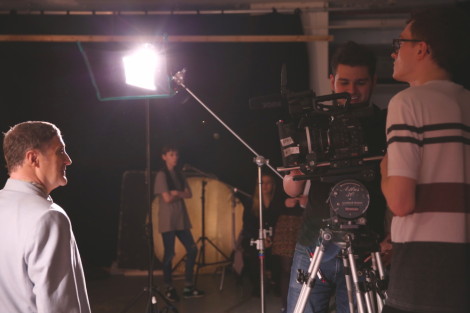 “I found it hugely rewarding to research and plan a very particular style of cinematography that I’d never tried before, and achieve a result that I’m satisfied with.”

View images from the industry screening