MA Photography student Carlos Alba Aparicio has been named as a winner at the Tokyo International Photography Competition awards.

An internationally-renowned panel of jurors selected Carlos’ project ‘The Observation of Trifles’ as one of 8 winners for the competition – with his work set to be exhibited in Tokyo, New York and Sydney as part of a touring show around the theme of ‘Borders’.

We caught up with Carlos to find out more about his project – which centres on finding your own way in a new country or neighbourhood, allowing viewers to experience the feeling of being in a completely new place and culture…

How does it feel to be a winner of the Tokyo International Photography Competition 2017?

I feel really happy! It makes me feel glad that I moved to London 5 years ago. The award, to me, means recognition for my efforts and it is a great motivator to continue working hard. I’m grateful to receive international exposure too as a result.

I’m very selective about the grants and prizes I apply for. I read that the theme of this year was ‘Borders’. This gave me an idea about the kind of work they’re looking for. I thought that ‘The Observation of Trifles’ would be a good submission and so I decided to apply. 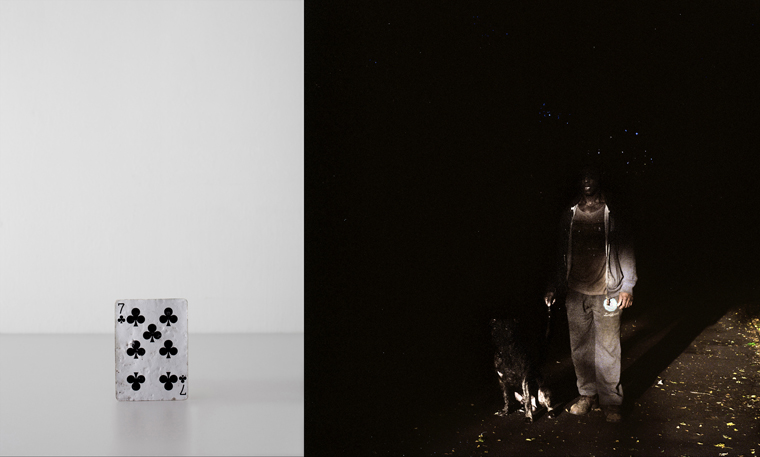 What is your submission ‘The Observation of Trifles’ about and what was the process of creating it?

When I moved to London, my landlady gave me a hand-drawn map showing some interesting places around my home. I used it as a map to explore my neighbourhood in East London. During these walks, I was taking photographs and collecting objects, at first randomly, then more methodically. It was a motivation to leave the house, get to know the streets and make a connection with my neighbours.

When I had collected a good amount of material from the streets, I decided to edit them and select the ones that seemed most interesting to me as an outsider. I chose to select the photographs that could best embody the soul of the area where I live. The final work is composed of three pieces: one is the exhibition, the other one is a short film and the final one is a photobook published by La Fabrica.

Are you excited to attend the Opening Party of the exhibition during the T3 Photo Festival in Tokyo, Japan?

I’m really excited because I’ve never been to Tokyo before. I’m not yet sure if I can attend the opening party because it clashes with my MA Photography final show. Let’s see!

What else are you working on?

I’m working on an audiovisual project with curators Christian Caujolle and Jenny Nordquist in Landskrona, Sweden. The work is about the European migration crisis and how the Swedish society is changing. I’m working with archive, and taking photographs and videos. It would be exhibited in September thanks to the support of Landskrona Foto Festival.

My MA Photography course work is about the relationship between memory, gender violence and its representation in family photographs. These photographs are documents for understanding all that happened in the past. As a grandson of a woman who experienced domestic violence, this project helps me to understand her pain and this unhappy episode of my childhood. I think the creation of family albums needs to be more honest and reproduce both our happy and sad stories.

Do you feel your perception of London has changed at all since first moving here and now having been here for five years?

My perception of London has changed a lot. Before moving to London I thought that it was one of the greatest cities in the field of creativity. But since I’ve lived here, the reality is that London’s ongoing housing crisis and the 40 per cent cut to arts funding, it’s become very clear that politicians don’t place much value in this sector. As a consequence, international art students come and they are obliged to leave when they finish their courses. It’s a shame.

One of the reasons I enjoyed studying my course is the variety of nationalities of the students,  bringing with it a diversity of views. We are more than 10 different nationalities from around the world. I think the international students are opening my mind and changing my approach to art. I’m learning every single day something new thanks to them. What first interested you in creating work on human relations in the modern world?

I’m vegan. I love animals. Humans are animals too but our relations are more complex than the animals relations. Animals don’t kill for fun, they don’t discriminate genders, they don’t eat more food than is necessary to survive. I use photography to understand my relation with the contemporary world and to capture human relations.

What’s been the highlight of putting this body of work together?

Being able to publish a photobook. When I was still working on the project, I had been shortlisted for Descubrimientos in PhotoEspaña 2015. I showed my work during the portfolio review and I received very good feedback from the reviewers. Thanks to this, I kept in touch with a french publisher called RBV books.

At that time, I was not ready yet to publish ‘The Observation of Trifles’ as I wanted to work on it a bit more. I spent the next year shooting new images and editing the body of work. When I had a strong body of work I decided to spend another year working on the design of the book. The most difficult thing for me was how to publish the objects. I wanted to show as many details of them as possible because it was important for the reader to get a feeling of the object.

In the end, after a lot of drafts, I decided to shoot the objects from the front and the back. Once the final dummy was finished, I showed it to the publishers who had expressed interest in this work. It was a long and intense process, but I really enjoyed it.

How do you feel your time at LCC has prepared you for this opportunity?

Having studied the MA Photography course at LCC has given me a totally different approach to photography. I learnt a lot of theory which helped to support my work as well as how to express my work in words. I’m feeling more confident and feel that once the course has finished I will fully be able to express myself freely in the art scene.

I want to finish my ongoing projects and to focus mainly on my course. After the final show I would like to create an international platform or art residency for international artists. It would be amazing to work with different artists from around the world in my studio.

Keep up to date with Carlos on his Instagram.