‘Blood and Ink’ is a short essay documentary, meditating on Jill’s personal and cultural identity and weaving together the story of the Philippines’ oldest living indigenous tattooist.

Born in the Philippines and raised in America, Jill previously trained in digital and analogue photography at the Pratt Institute in New York, before studying at LCC. Jill’s background includes work as an editor, staff writer, and staff photographer for Markets Media, a financial news publication in New York, with editorial work in TIME.com, Time Out London, and Zagat Guide. She is currently the Senior Filmmaker at Spoke, a creative agency in London.

Jill previously won a Fastnet Film Festival award for ‘Best Documentary’ with another LCC student for their portrayal of London’s magicians, Fay Presto. They also worked with LCC graduate Gareth Johnson on a short film, aired by BBC Four earlier this year.

We caught up with Jill to find out more… 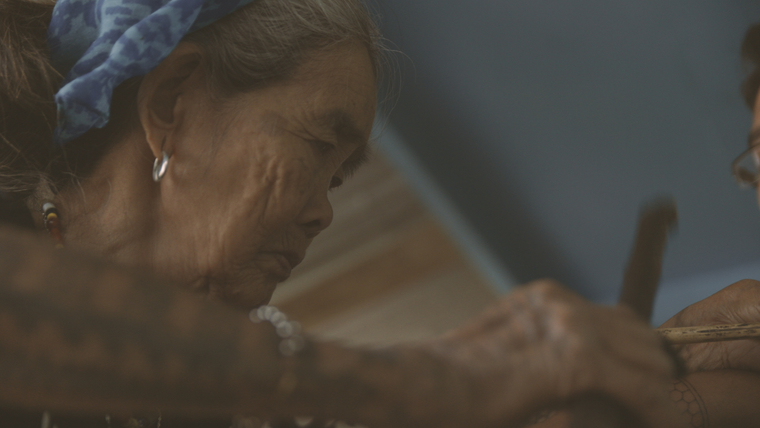 Hi Jill, congratulations on your recent news! How does it feel to have Blood and Ink screen at DOC NYC?

I’m excited and honoured! New York City is the place I’ve lived the longest in my 22 years in the U.S., so it’s tremendously satisfying to see my first film coming home.

What inspired you to create a film on this subject?

It is motivated by the feeling of wanting to connect with my place of ancestry. I’m very proud of having indigenous ancestry from my paternal side, so discovering Apo Whang-Od and her work and learning that my grandparents, father, and uncles grew up not far from her village really struck a chord with me. We are all driven by the desire to connect, whether it’s self to ancestry, or body to meaning, or art to tradition, or simply with each other, so this film is driven by that very simple concept.

What impact do you hope to have through this work?

This was all very internally driven, it was a way of exploring my own feelings about growing up as an immigrant in the U.S. and being quite disconnected from my birth country and culture. This is an expression of those feelings, and possibly hearing its echoes in others with similar experiences. I can’t really say I thought of these things as achievements – more as possibilities that unfolded along the way.

How long was this film in the making?

15 months. I began researching Apo Whang-Od in September 2015, when public interest in her was really beginning to crest. In October 2015, I crowdfunded about £2,500 (half of what was needed), and scraped the rest of it together. Pre-production and research commenced between then and April 2016, during my MA Documentary Film course, and in April 2016, I filmed for a few days in the mountains. The edit took the longest, from May to December 2016.

“We are all driven by the desire to connect, whether it’s self to ancestry, or body to meaning, or art to tradition, or simply with each other, so this film is driven by that very simple concept.” – Jill Damatac Futter

What has been the greatest challenge in putting the film together?

Post-production was really tough for me. We had the misfortune of having to film on an abbreviated shooting schedule, followed by a hard drive accident that caused me to lose about 1/3 of my footage. Cutting it all together in a way that kept to my original plans fell apart very quickly, but in a way that was supposed to happen. In stepping away from the originally planned portrait film, the story took on its present hybrid form. 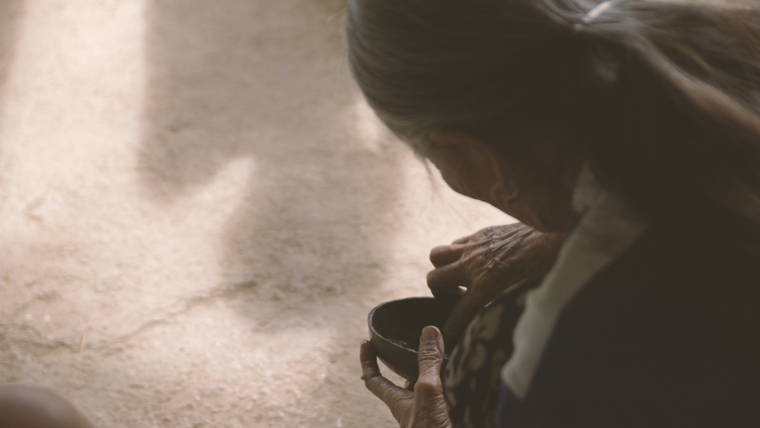 Still taken from Blood and Ink. Preparing the ink

What else are you working on?

I am taking a break from storytelling for a while – periods of dormancy are a requirement for me! In the meantime, I’m continuing to hone my filmmaking practice, and have just begun a position as Senior Filmmaker at Spoke, a journalism-based creative agency here in London.

What has been the highlight of your time on the course?

Making this film, definitely. It’s also been amazing to have met some like-minded people and to make some good friends. I’ve also stayed connected to the course’s lecturers, who are a great resource for support and inspiration – they’ve been through it all before!

Before starting the Documentary Film course you were on the MA Documentary Photography pathway. What made you want to change courses and what advice would you give to others looking for a change in direction?

It was such a difficult decision for me to make. Photography was my first love, and I had built a decent handful of years taking pictures for a living. Switching to film happened by accident: a button on my Canon 5D was somehow switched to video mode, and I ended up playing with it. Within a few months, I became more intrigued by the idea of telling a story with movement and sound, so I had to make the switch. I’m very happy with the decision, as it’s expanded the ways I can tell a story. Don’t think of it as a change in direction – think of it as expansion. 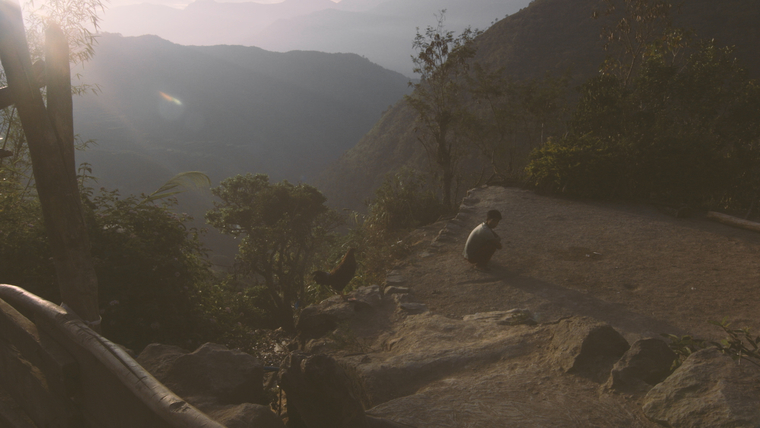 Still taken from Blood and Ink in the Philippines

My top 3 documentaries are… Lessons of Darkness by Werner Herzog, Sans Soleil by Chris Marker and The Act of Seeing With One’s Own Eyes by Stan Brakhage.

Check out the official trailer for Blood + Ink on Vimeo.