Commemorating the life and work of world-renowned documentary filmmaker, John Grierson, the Grierson Award was first set up in 1972. MA Documentary Film graduate Max Thurlow was recently shortlisted for the illustrious award with his documentary film, AWA: Zimbabwe’s Rap Queen, featuring the Zimbabwean rap artist preparing for her performance at the country’s biggest hip hop festival.

We caught up with Max about the film and his experience at LCC.

How would you summarise the film?

AWA: Zimbabwe’s Rap Queen tells the story of up-and-coming starlet, AWA, preparing to perform at her country’s biggest hip hop festival Shoko, in the capital Harare. Despite coming from one of the poorest ghettos in Zimbabwe and facing numerous personal and professional problems, the film explores whether AWA’s innate positivity and charisma is enough to help her succeed. Where did you get the idea to create AWA: Zimbabwe’s Rap Queen?

I joined an amazing charity called In Place of War who were organising the first music festival in a Zimbabwean township called Makakoba. My plan was to document the festival, but on the first day of my trip I met AWA and immediately knew I wanted to tell her story.

How did you hear about the Grierson awards?

I first heard about the Grierson Awards during my MA – they were mentioned as the gold standard of awards for documentary in the UK.

Did you create AWA: Zimbabwe’s Rap Queen with the intention of taking part in the Grierson Awards? How do you feel about being shortlisted?

I created the film for my final project and was really only thinking about how to portray the story while I was making it! But of course I’m thrilled about the shortlist. How did your experience on the MA Documentary Film course at LCC help when creating the film?

The MA Documentary Film course was a great experience. Before I started I had very limited camera or editing skills, and knew even less about how to structure a film.

Through a mixture of academic and practical classes I now feel competent in these areas and am very grateful to the teachers for the huge amount of work they put in to make the course a success.

Did you engage with the community at LCC when creating your film?

I believe the nature of documentary and film in general is collaborative. During the long hours spent in the edit suites, I showed different cuts to other students and took their feedback onboard, and in turn, gave feedback on their films. 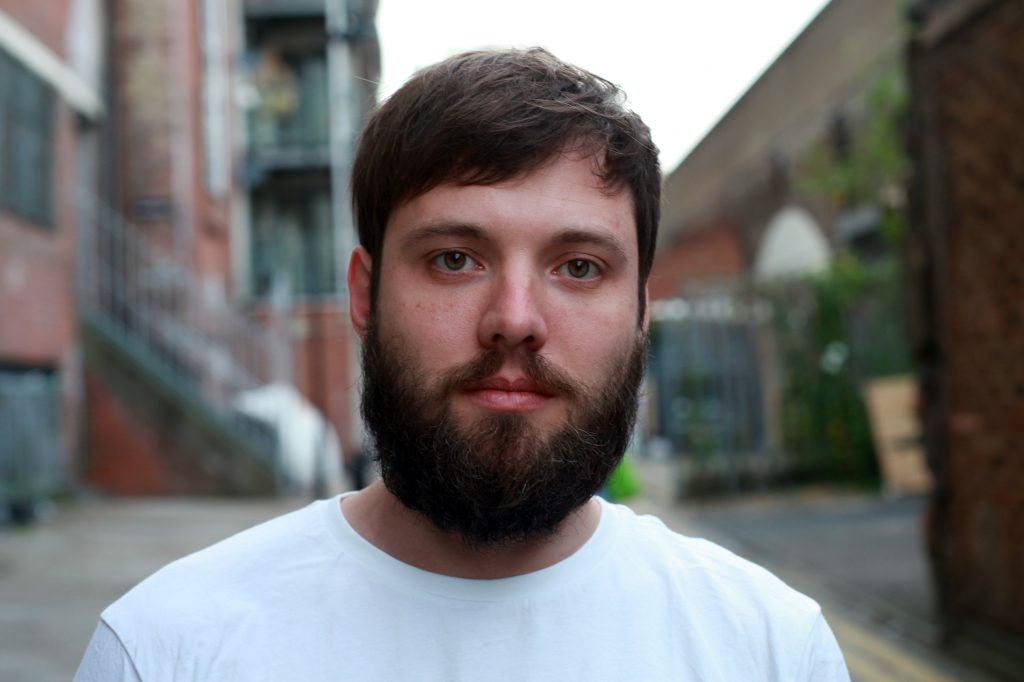 Who and what inspires you in your film practice more broadly?

I recently watched a documentary called Cartel Land and am completely in awe of the director Matthew Heineman. It was nominated for Best Documentary Feature at this year’s Academy Awards and tells the story of vigilante groups fighting Mexican drug cartels on both sides of the US/Mexican border.

The cinematography is stunning, but for me, the most impressive element is how embedded Matthew was with the vigilante groups and how skillfully he showed their stories.

Have you got any new projects coming up?

I’m really proud of another film I recently finished for VICE.  It’s about a 93 year-old jazz pianist called Edward Hardy. Ed was given a new lease of life and relief from dementia and depression, when his care home discovered he was a talented pianist in his younger days.

They reunited him with his ex-band members for a special performance, which proved the power of music for people suffering cognitive disorders.

I’m currently freelancing as a filmmaker across documentary and commercial work and plan to keep honing my skills and enjoying the process. I’m always keen to collaborate…