London College of Communication helped hundreds of local residents kick off their Christmas celebrations in style as we hosted a glitzy social club for glamorous over 60s in our Elephant and Castle Shopping Centre space.

Almost 200 older people from Southwark, Lambeth and beyond danced, drank tea and ate cake with an army of volunteers as the College hosted The Posh Club in LCC Studio.

A regular event organised by Duckie, Posh Club events are held in the heart of various communities across the UK, from Peterborough to Hastings, emphasising dressing up, regular access to live performance, social connectivity and intergenerational volunteering. 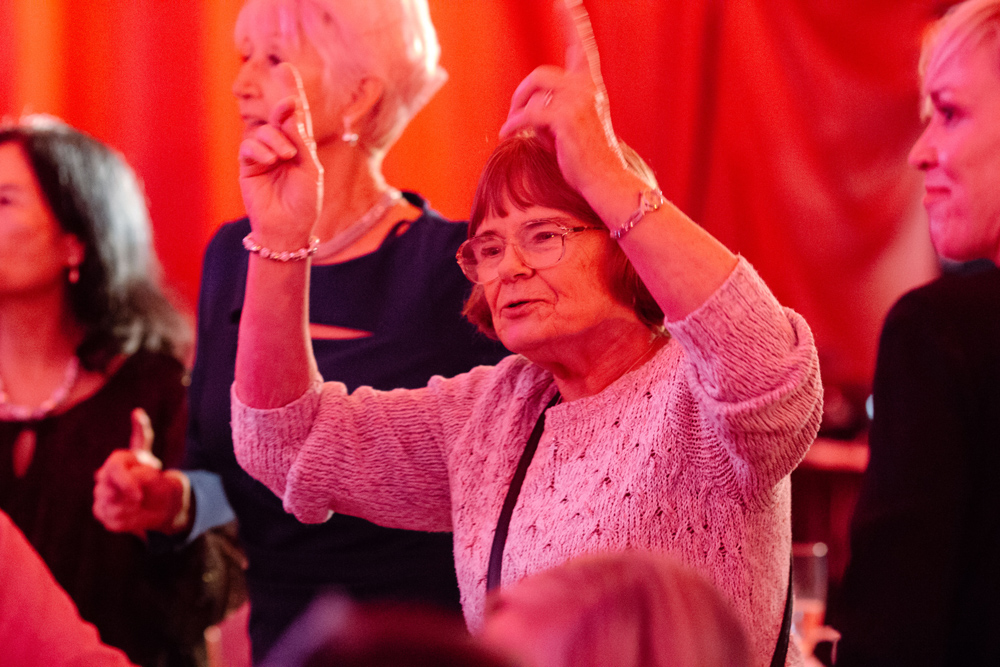 It’s the second time that the College has hosted the event, having also welcomed hundreds of guests into LCC Studio – the College’s Elephant and Castle Shopping Centre space used to host various workshops, events and exhibitions – in December 2017.

This December LCC Studio was once again decked out with sparkling decorations, filled with vintage crockery, and taken over by live performers and volunteers in black tie – including staff from LCC.

Natasha Mays, Front of House Assistant at London College of Communication, was one of the volunteers who helped to make the event a success.

“I was lucky enough to have great grandparents until I was 15 and my grandparents are still alive and well,” Natasha said, “So elderly people have always been a really important part of my life. 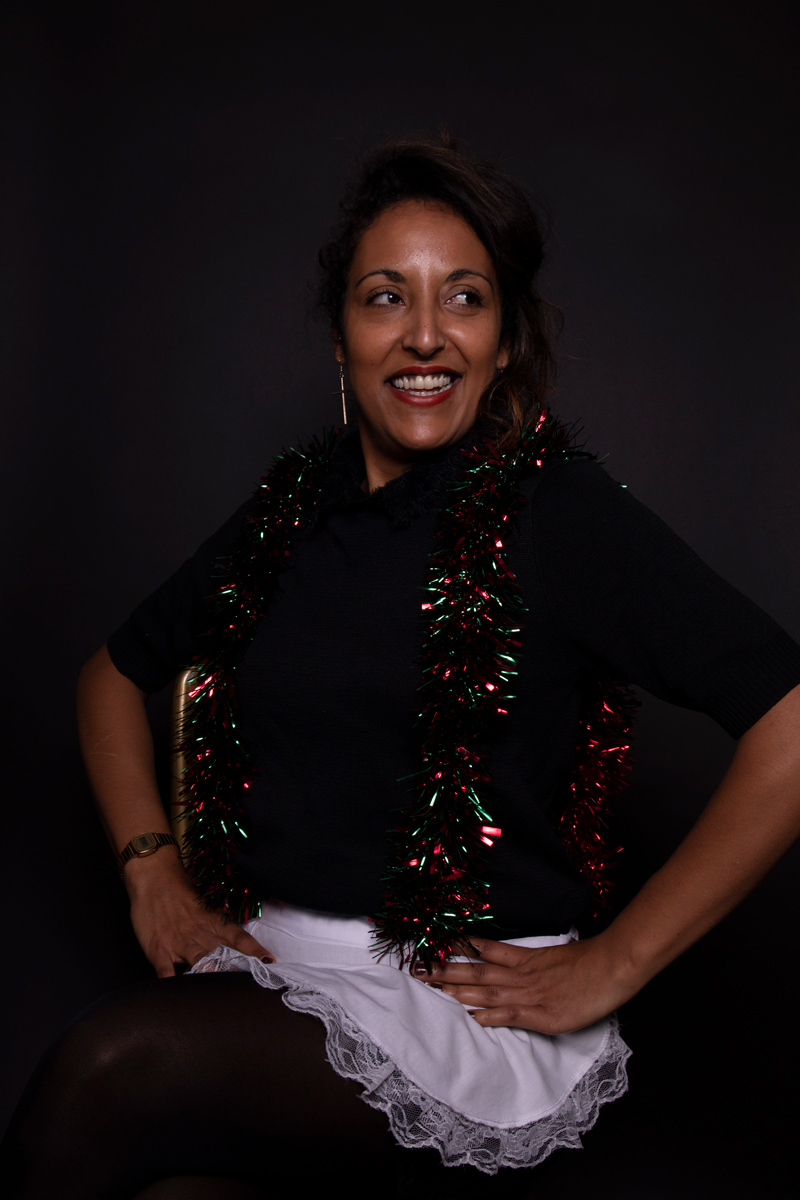 “That was part of the reason I wanted to get involved as a volunteer, but also it just looked amazingly fun! I ended up having a wicked time. The volunteers I met there were all lovely, and I love the concept.

“When all the guests first come in, they’re strangers. But by the end of it you feel you’ve seen a side of them that maybe hasn’t come out for a long time. They absolutely love it.” 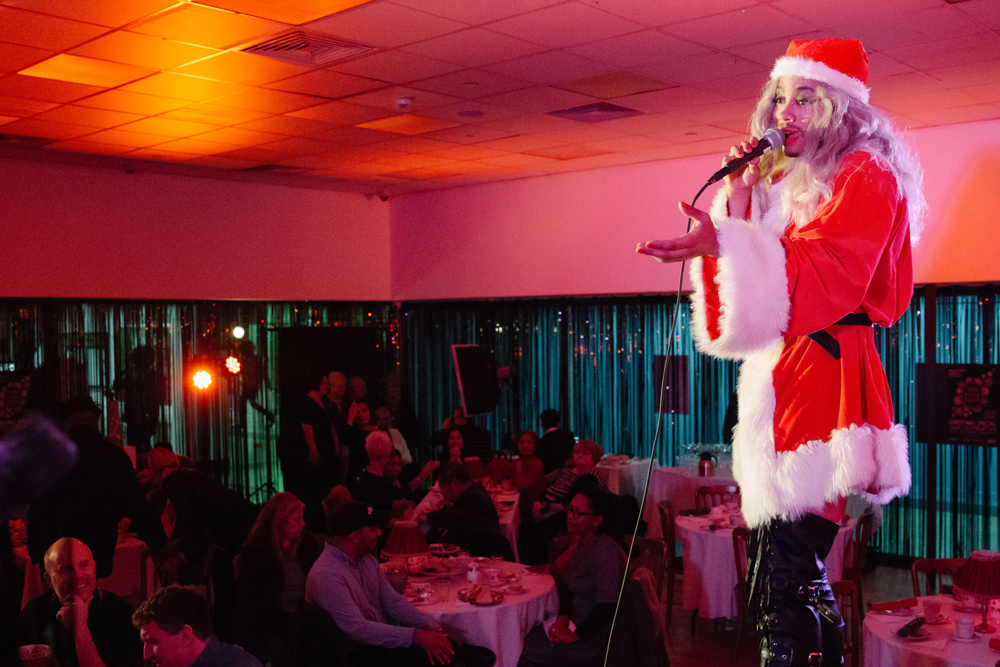 “It’s so important to bring folks together around Christmas time because this time of year can leave a lot of people feeling more isolated and lonely than usual. Although it’s a glamorous knees up, The Posh Club is at its heart an anti-loneliness project.

“The event was, as ever, as much fun for staff and volunteers as it was for the guests!”

Gill Henderson, Cultural and Communities Partnerships Manager at London College of Communication, said: ““The Posh Club is a brilliant, original and heart-warming concept, and we were delighted to work with Duckie again to help bring it to Elephant and Castle. 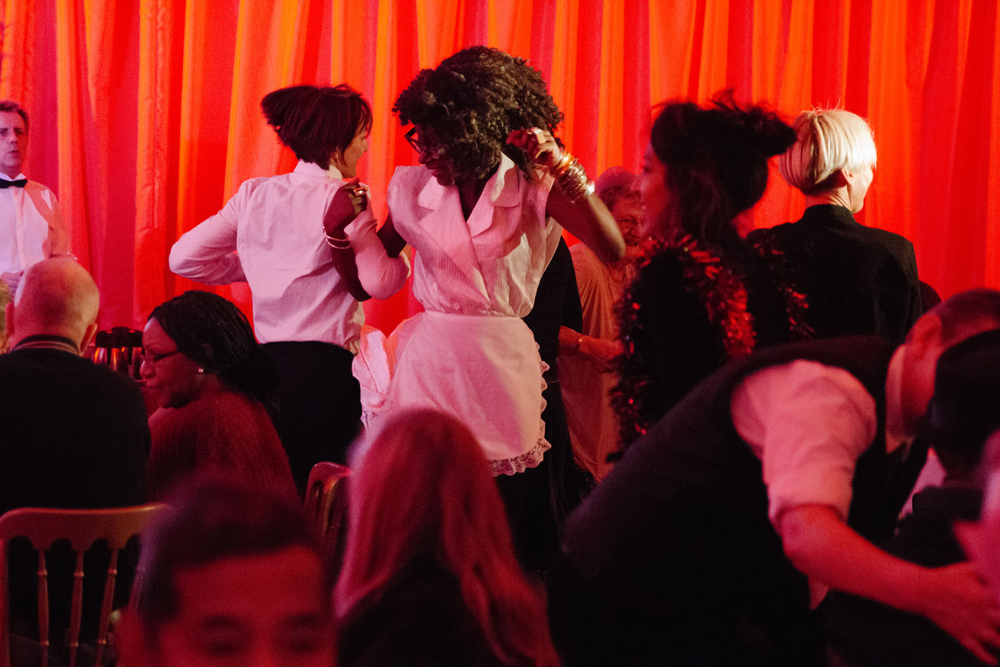 Last year when we hosted the event we were able to help around 200 older people have a really fantastic, festive time, and it was great to be able to do the same this year.

“As well as providing a fantastic range of entertainment to some of the residents of our local community in Southwark and beyond, we were delighted to see LCC staff getting involved.”

Find out more about the Posh Club. 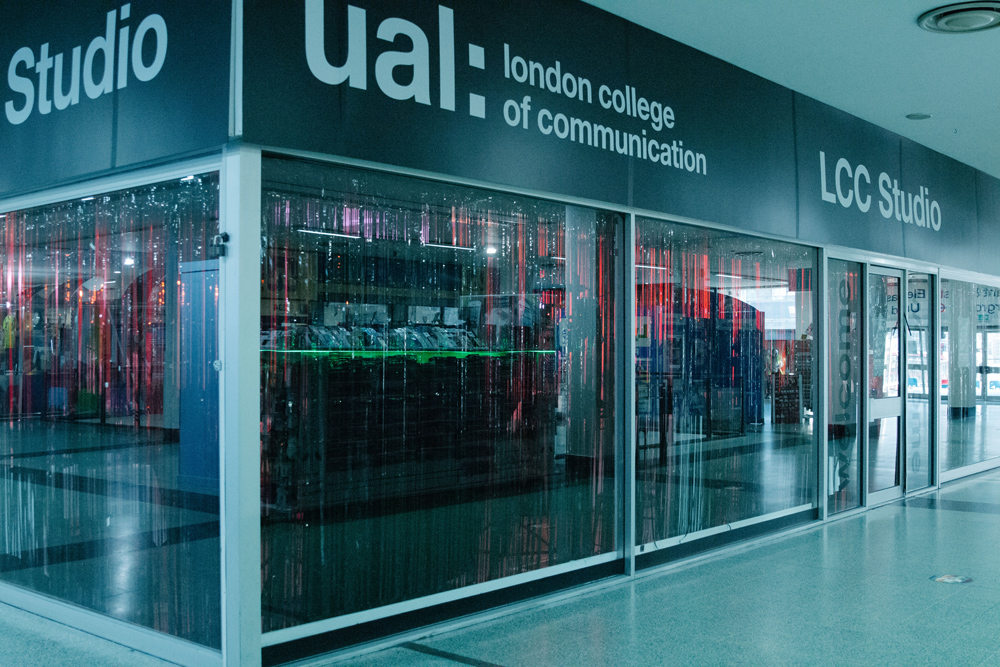