Third-year students from BA (Hons) Media Communications have collaborated with the Cinema Museum exploring future-proofing campaigns for the museum.

The ‘save the Cinema Museum’ brief was based on a hypothetical ‘what if’ scenario in which students explored what might happen if the Cinema Museum was to close. How would the local Elephant and Castle community be affected? What would a potential closure of the Museum mean for the cultural heritage of cinema as an institution?

Based close to London College of Communication in Elephant and Castle, the Cinema Museum is home to artefacts, memorabilia and equipment, which chronicle the history of cinema from the 1890s to the present day.

An official film and web screening was held at the Museum on Thursday 18 February to mark the successful completion of the collaboration between BA (Hons) Media Communications and the Cinema Museum.

This opportunity gave students the chance to celebrate their work, watch each other’s films and web projects, and to receive valuable feedback from the Cinema Museum as the client in this live project.

The event was attended by various Cinema Museum staff and trustees who were impressed by the work, and awarded students for the following achievements:

Meritxell Domenech, Liliana Harvey and Georgina Paikopoulou’s web project allowed users to engage with the Museum’s contents and share its course in an interactive story-telling format.

Ben Namsap-Anan, Annamaria Pennazzi and Daniela Ing’s film used a metaphor of the Museum as a living entity to depict a creative interpretation of the brief. 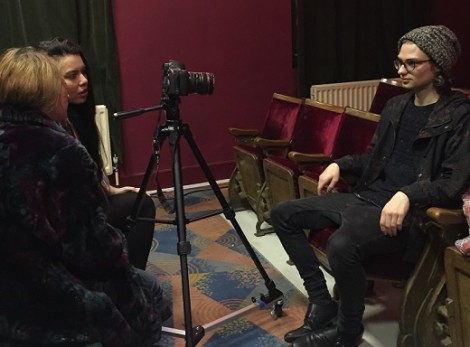 Ben, Annamaria and Daniela filming at the Cinema Museum. 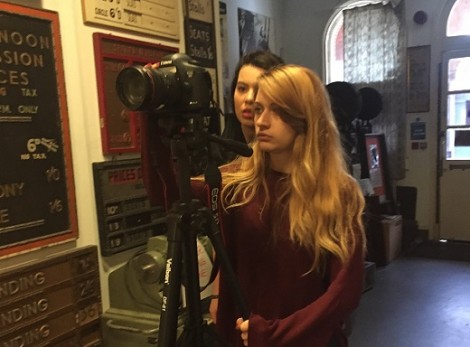 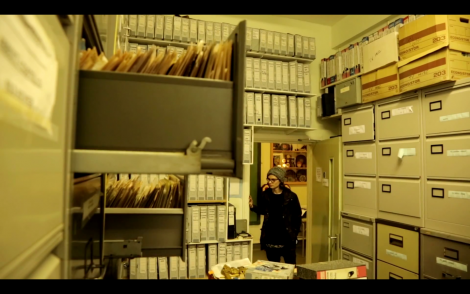 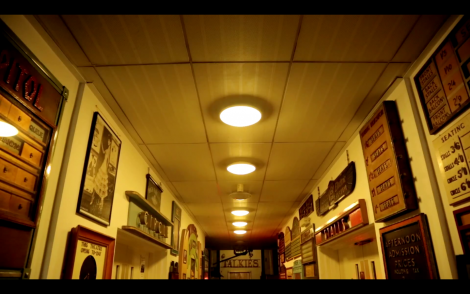 A shot of the Cinema Museum’s memorabilia.

Reflecting on the project, Course Leader for BA (Hons) Media Communications, Thomas Giagkoglou says, ‘the Cinema Museum project allowed students to experience a working scenario which closely matched a real life situation through collaboration with an external partner, while giving them the opportunity to experiment with various filming styles and multimedia platforms.’