Speakers included Nicola and Michael Place, members of the original design team for 90s classic Wipeout; John Laws, Director of Art at Frontier who worked on the hugely popular Planet Coaster, and Madiba Olivier, developer of Aurion: Legacy of the Kori-Odan and founder of the first professional game studio in Central Africa.

“At LCC, we aim to create new and interesting experiences for our players. We hope to create parallel worlds these players can explore. But this is only one aspect of the courses. We also think, reflect, critique and analyse. It is through these discussions that we realise that these parallel worlds also have an effect on us. “Talking is an important practice for any subject. Talk helps give a subject meaning. But we should try to avoid keeping these discussions to ourselves. That is why we, at London College of Communication, are so happy to be collaborating with the V&A, on Parallel Worlds.

“Where better to discuss and elevate the significance of games and play as part of our society and culture. To open the door a little wider to let more people into our world. And maybe let a little of our world out in the process.” 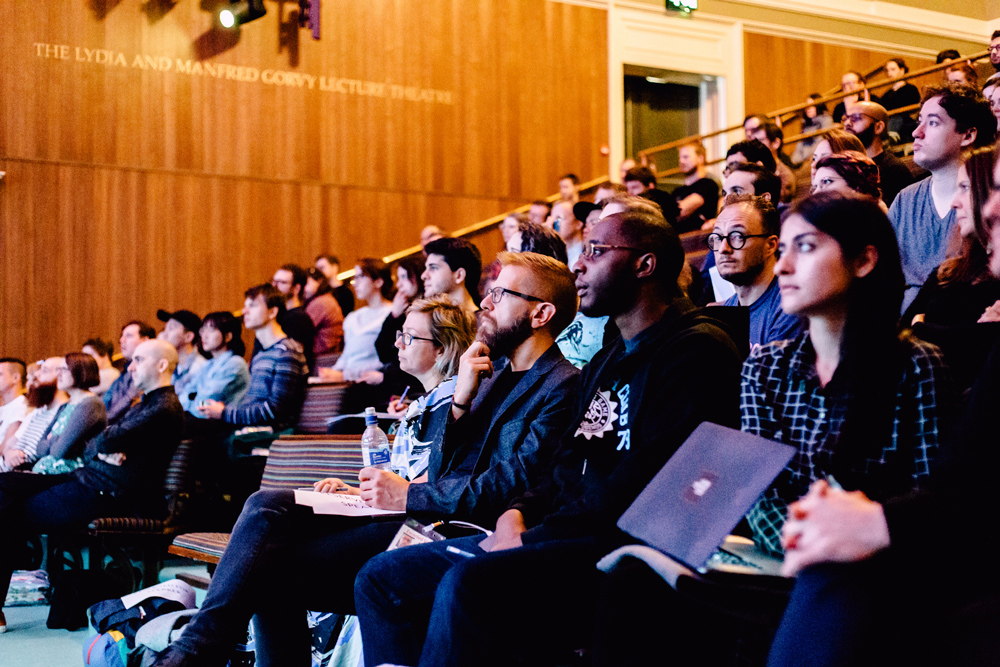 Director of Art at Frontier, John Laws talked us through Planet Coaster – “a game about designing a really popular and profitable theme park. Fundamentally, you’re designing a very pretty trick to hold your visitors there and steal all their money… It’s a bit like coming to London!”

John emphasised the importance of detail in creating a believable world for the player, from the carefully-constructed brake pads on the coasters to the in-depth research and planning into the brands that within the game.

Nicky and Michael Place, now of Build, took us from the detailed and high-res sheen of Planer Coaster to the pixellation of the 90s, as they described their time working as part of the team on 90s classic Wipeout.

Nicky, originally an illustrator before working at Psygnosis, and Michael, a trained graphic designer, told visitors how the concept for Wipeout came about – with games designer Nick Browne playing his favourite game, Mario Kart, whilst listening to dance music, something he was hugely passionate about. 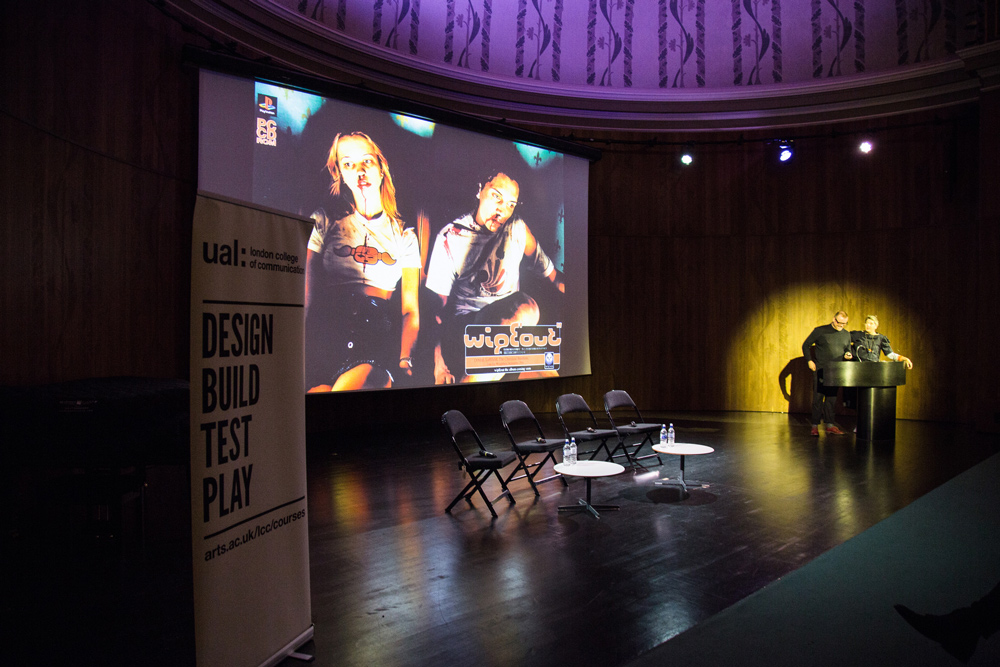 Nicky and Michael talked about their time working on Wipeout 1, 2 & 3 – from the collision of worlds that occurred making the game, to the detail and thought behind the game’s teams.

Tim Hunkin, Novelty Automation and The Under the Pier Show

Creator of Channel 4 series The Secret Life of Machines, engineer and cartoonist Tim Hunkin talked about building DIY arcade machines – “a sort of hobby that got out of hand”.

Tim designs and builds humorous and satirical coin-operated machines that are open to the public in his Southwold arcade The Under the Pier Show, and now in London location Novelty Automation. “I’ve always made things. When I was 7 I made a foot tickling machine out of a shoe box. It was really satisfying provoking a reaction from someone. I guess after my education I went back to my tickling machine.

“I like to spend my time in my workshop – I think I think better when I’m standing up… I like battling with lumps of metal rather than computer programmes.”

Tim argued that free museums are missing a trick in terms of engaging their visitors: “If you make people put money into a machine, they’ve invested – so they’ll give it their full attention,” he said.

Olivier Madiba, Founder & CEO of Kiro’o Games, discussed the ethos of Kiro’o and the process of creating ‘Aurion: Legacy of the Kori-Odan‘ – the world’s first African Fantasy Action RPG.

“The idea behind Kiro’o was to make games that try to answer very big questions. What is the purpose of mankind? Why are we here?”

Olivier talked about the difficulties in raising the money for the game (“Going into banks, people didn’t understand the concept of an African video game.”), the huge effort in putting together the game (“We dedicated so much time at the studio that in 2014 and 2015 we all lost our boyfriends and girlfriends. ‘Oh you got dumped? Me too!’”), and the fundamental ethos of Kiro: “Our games must inspire the world.” Dr David King, MA Games Design Course Leader, added: “It was fantastic to be able to take part in such an insightful event, gathering leading industry experts from wide range of perspective to share their knowledge with so many guests – including lots of our students from the BA (Hons) and MA Games Design course at LCC.

“We’d like to thank the V&A and look forward to opportunities to collaborate again in the future.”

Find out about Parallel Worlds 2017 on the V&A website. All images © V&A, Credit: Gabriel Bertogg.