Two out of three £10,000 Mead Fellowships awarded to LCC alumni

Two out of three £10,000 Mead Fellowships were awarded to LCC alumni earlier this month. The Mead Scholarships & Fellowships are designed to support UAL students and recent graduates in the development of their creative practice.

Last year MA Photojournalism and Documentary Photography graduate Monica Alcazar Duarte won a Fellowship to support her project ‘Forerunners’, a series of nine books focusing on individuals who are leading their lives in an extraordinary way.

This year Victoria Burns, a 2014 MA Documentary Film graduate, has been awarded one of the prestigious Fellowships to support her project ‘The Elephant’. The project aims to document the current face of Elephant and Castle, in the midst of plans for regeneration.

The project outcome will be a feature length documentary, capturing the existing current architectural landscape, before it disappears along with the lives and communities that are intertwined within this area.

Victoria explains “with the backing and recognition of the Mead Fellowship Award, I am to able embark on my first long-form documentary project. Up to this point I have only made shorts, so this endorsement provides me with an invaluable opportunity and the freedom, as an emerging filmmaker, to realise a documentary project on an ambitious scale.” 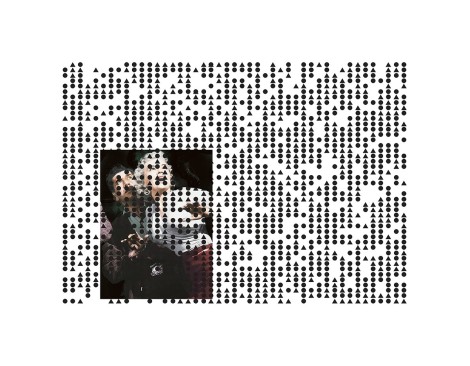 Liz Orton studied MA Photography at LCC and also graduated in 2014. Her Mead proposal, ‘The Longest and Darkest of Recollections’, was developed from the work she made during her MA.

The work re-imagines and re-stages images found in survival manuals and field guides. Liz uses these images because of the way they represent forests as cultural places in which the human figure is drawn into action by different events, displays or crises. Liz explains “I’m interested in investigating the impact that humans have on the environment, especially the idea that nature is no longer a harmonious entity but something that is irreversibly entangled with humans.

“I am thrilled to have been awarded the Mead Fellowship. It will enable me to continue to develop and expand my practice over the next two years. This kind of support is a very welcome boost creatively, financially and academically.”

Liz will investigate the practices of earth scientists as they produce evidence of this impact, using a mixture of documentary photography, appropriation of scientific images and technologies and staged works. The Fellowship will support research, the production of new works, an artist blog and a solo show. Read more about the Mead Fellowships and Scholarships.