Two 2015 graduates of LCC’s BA (Hons) Photojournalism course have a won a prestigious £3,000 bursary from The Photographic Angle and The Royal Photographic Society for their joint project proposal on Eastern Europe.

Ekaterina Anchevskaya and Alex Nikolov were awarded the Environmental Bursary (16-30 years) for a proposed photographic study on the Black Sea at an awards ceremony on 16 September.

We spoke to Ekaterina and Alex about The Black Sea Project and what the bursary means to them.

How did you begin working together?

We have always shared similar interests and tastes in documentary photography. We both worked on projects in Eastern Europe and were interested to continue working in this area. This project came from a story about fishermen in Bulgaria which we decided to turn into a wider project about the Black Sea. 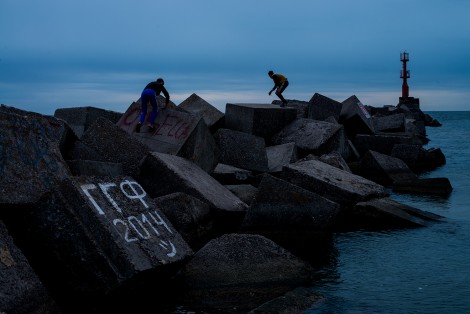 Tell us a bit about your proposed work in Eastern Europe.

The Black Sea is the main marine body of Eastern Europe which connects it with western Asia. It is bounded by Russia, Ukraine, Romania, Bulgaria, Turkey and Georgia.

It is the most isolated from the World Ocean, and for this reason is very vulnerable to pressure from land-based human activity. Its health is equally dependent on the coastal and non-coastal parts of its basin.

Our story will focus on the ecological problems of the Black Sea caused by both climate change and human activity. We are going to visit all six countries and explore them, in particular working closely with the Black Sea Commission and its institutions in different countries. 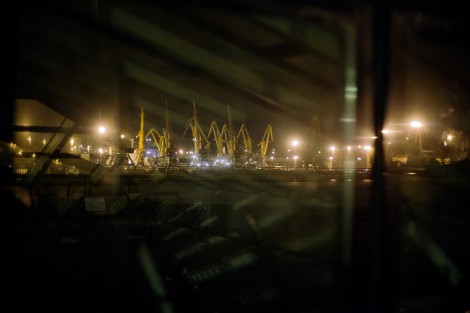 What inspired you to feature this part of the world?

Both of us want to discover our home countries (Russia and Bulgaria) and develop documentary practice there. We think that Eastern Europe is being underrepresented in media despite the fact that there are a lot of stories worth telling.

How does it feel to win, and to collect your award?

It is a honour for us to receive this award and we are very excited about the story. It will be a very hard process but complicity is always a good stimulation. 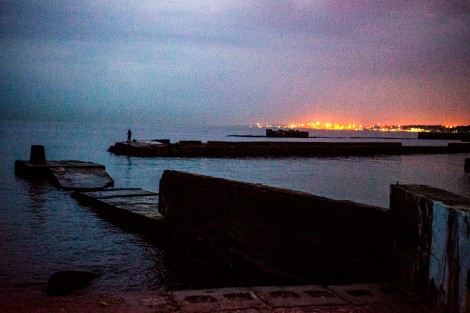 What do you hope to achieve with this bursary?

We hope to create an interesting piece of work which will both be visually strong and raise awareness of the ecological problems.

At the same time we hope it will be a new step in our careers and will be a good start for me (Ekaterina) to work on environmental issues, which is what I want to do in the future. Certainly, it will be a great experience of working in a team and visiting these countries.