BA (Hons) Design for Interaction and Moving Image is a highly practice-led experimental course focusing on the relationship people have with designed objects and experiences and explores the communicative potential of physical experience.

Students work with narrative, moving image and film-making, alongside processes such as design prototyping and physical computing. Students from this course are notoriously creative and experimental, and this year’s graduating designers are no exception. 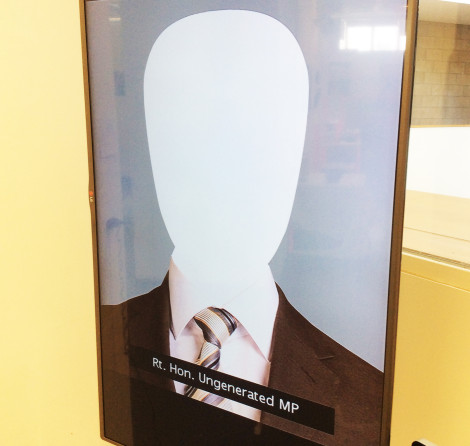 Ian Hutchinson has produced a timely and humorous interactive piece, which challenges preconceptions of UK politics.

Ian’s ‘Electoral Reflector’ is a digital frame fitted with a webcam and linked to a complicated computer algorithm. The frame reads the viewer’s age, gender and ethnicity and then presents the politician that the viewer is statistically most likely to vote for. The frame then reads the viewer’s expression and starts to navigate the manifestos of different political parties until the viewer’s facial reaction is positive.

The result is often a nonsensical hybrid politician, meaning that Ian has created something immediately engaging, which also stretches the narrative abilities of technology. Carly Wan and Alistair Moncur worked together on a project called ‘Grub’.

Exploring the concept on entomophagy, the pair have created some tasty bites including mealworm fudge and ant cookies which demonstrate what the future of food might look like. With an interest in humour and practical design, their exhibition piece includes a branded vending machine – “Grubs up.” 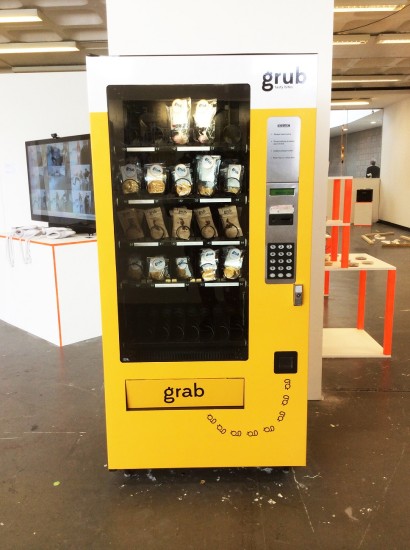 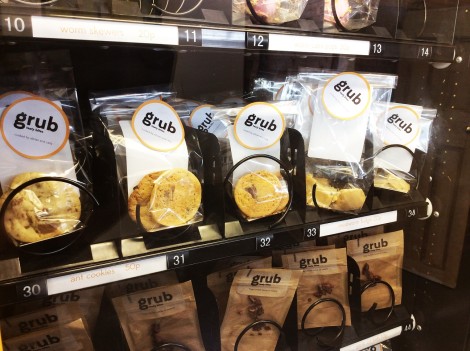 Maisie Bowes’ ‘Dictograph Notifications’ is an electromagnet bell from a Pre WW1 telephone which has been restored and recycled in a new object which communications smartphone notifications through pre-arranged code rings.

The Dictograph electromagnetic bell was sold to Maisie as a doorbell, but upon further research she discovered it was an element of a pre WWI telephone manufactured in Croydon. The Dictograph telephones operated using pre-arranged code which rang to alert the desired recipient that they had a call waiting. Maisie decided to recycle the bell and restore its original purpose but with a modern twist. Using a combination of Arduino, Max MSP and APIs, the new Dictograph bell has alternating rings for various social networking notifications including Facebook, Gmail, Twitter, Instagram and text messages. The object itself was designed and built using methods to make it as similar to telephones from the same period as possible. Constructed using the wood from a reclaimed cabinet, also from Croydon, the object reuses as many original features as possible. Including hinges, screws and handles.

BA (Hons) Design for Graphic Communication is one of LCC’s many courses with a graphics focus, and has been part of LCC’s rich history of graphic design.

Sean Wyatt Livesley, one of the students graduating from this course, is exhibiting his dissertation in the School of Design Summer Show. ‘Black’ explores the theoretical and conceptual elements of the colour black and how it exists in art and design. Rather than just looking colour theory, Sean has investigated how a greater understanding of how black is used can help others to become better designers and better artists. 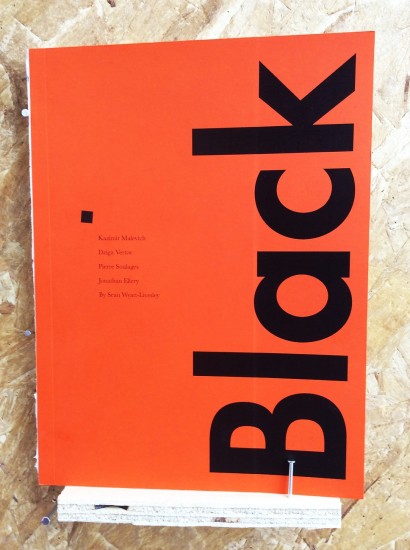 Sean published his dissertation as a book because he wanted it to spark a debate, so having easy access for both designers and in a wider context was really important to him. 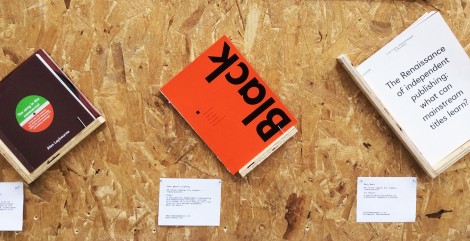 Sean explains “The course is brilliant. I would definitely do it again. I think that the course, because it’s only made up of a small group, is an eclectic mix of people that want to challenge everything and break the norm in everything we do. At the same time we have a relation to our audience and what is actually going on in the world, we don’t just make things that are pretty, but we have a reason for making it. 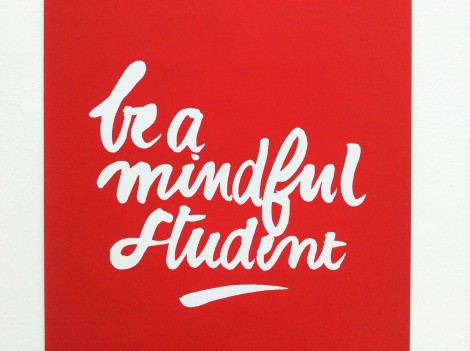 Find out more about undergraduate graphic design courses at LCC