London College of Communication (LCC) presents one of four major shows in the College’s current Postgraduate Shows season, featuring work by postgraduate students from MA Photography and MA Photojournalism and Documentary Photography. The exhibition, held at 47/49 Tanner Street, is open Thursday 1 – Tuesday 6 December 2016, with a Private View on Wednesday 30 November from 6-9pm.

MA Photography encourages students to explore the ever-expanding boundaries of the photographic medium to develop a distinctive body of work that is contextualised within a wider critical framework. Expect performance, video, text and wall work in this year’s show. MA Photojournalism and Documentary Photography helps students to develop their practice; exploring and recording the human experience.

Both courses will be exhibiting off-site this year; inhabiting 47/49 Tanner Street, a unique and atmospheric warehouse in Bermondsey that was historically a Victorian tannery. 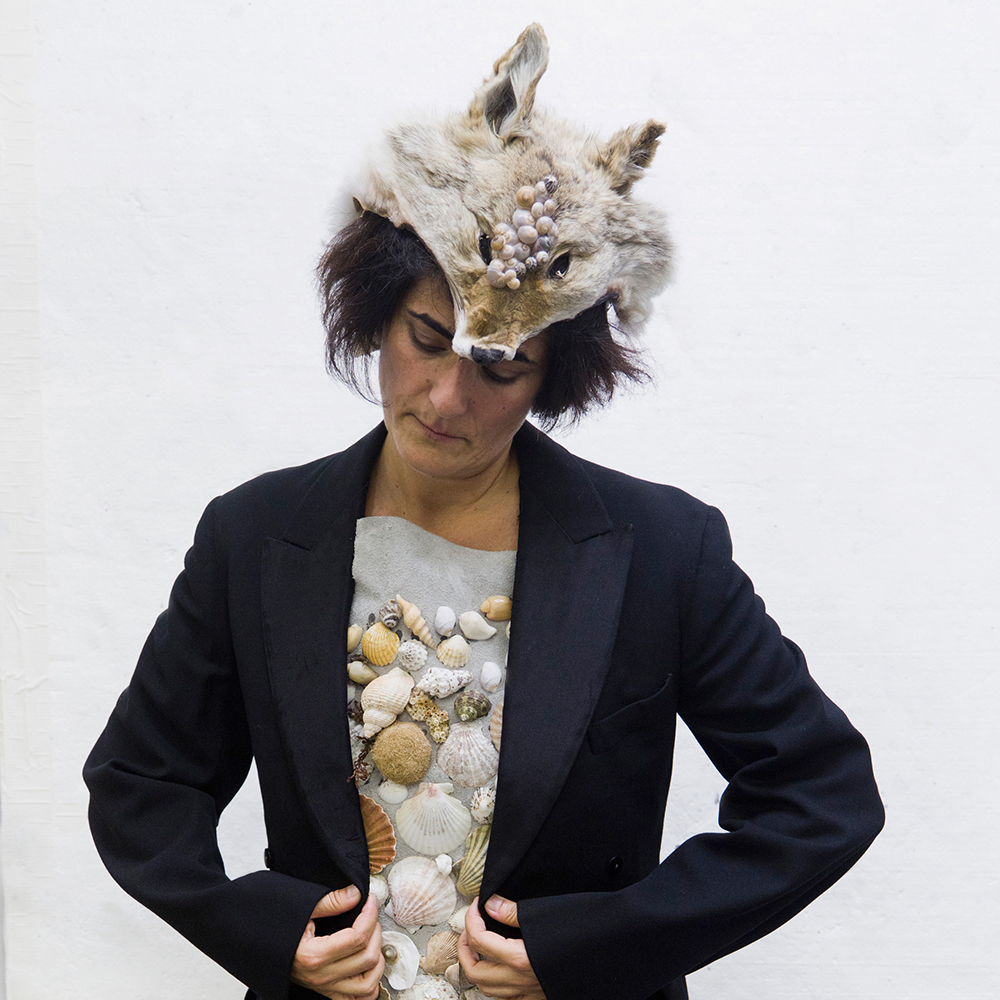 Projects this year include Ana Escobar’s ‘Developing Photographs’, a biographical exploration of the magic potentials of photography and a quest to expose photography’s otherworldly powers. Ana’s performative piece follows the laws of shamanic imagination and alchemistic symbolism which she brings to life with her use of mythologies, archetypes and witchcraft tradition. The multi-media installation asks viewers to consider irrational intuition as a valid tool to understand, critique and consume photography. Elsewhere, ‘#Jacquitheartist’ by Jacqueline Taylor reveals a character who has been created for the camera to highlight the relationship between artist and art collector. Confessing her love to the current top 100 art collectors, different levels of desperation are reached as she tries to entice the art market. Humour and satire are used to invite the viewer to engage in a more political message examining themes of neoliberalism and capitalism and the role the artist plays within them. Davide Meneghello’s ‘Again he holds me by the hand’ questions the ideological nature of the photographic archive to unveil intimacy in the homosocial space by appropriating historical visualisations. In these beautiful black and white images David re-contextualises traces and fragments from these documents in order to shift the reading of their inscribed message and reveal what was once hidden. 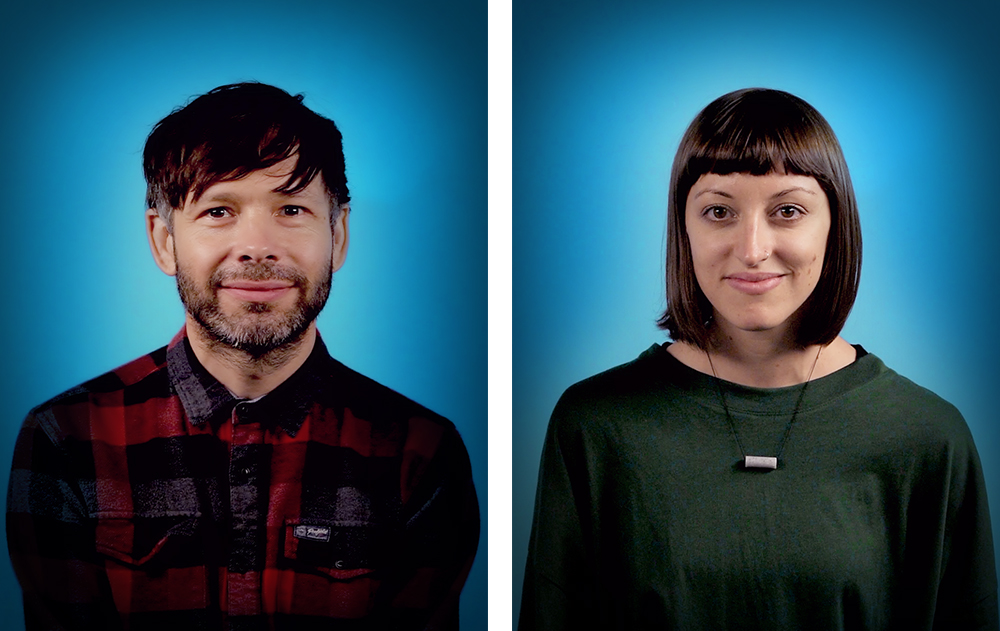 Rosie Holtom works with portrait photography and moving image to investigate the power of human eye contact and the shifting dynamics between photographer, subject and spectator. In ‘Accelerated Intimacy’, pairs of subjects were filmed as they made uninterrupted eye contact for four minutes in front of a two-way mirror. The resulting video diptychs blur the boundaries between the viewer and the viewed and ask us to question the social barriers that we place between strangers and ourselves. 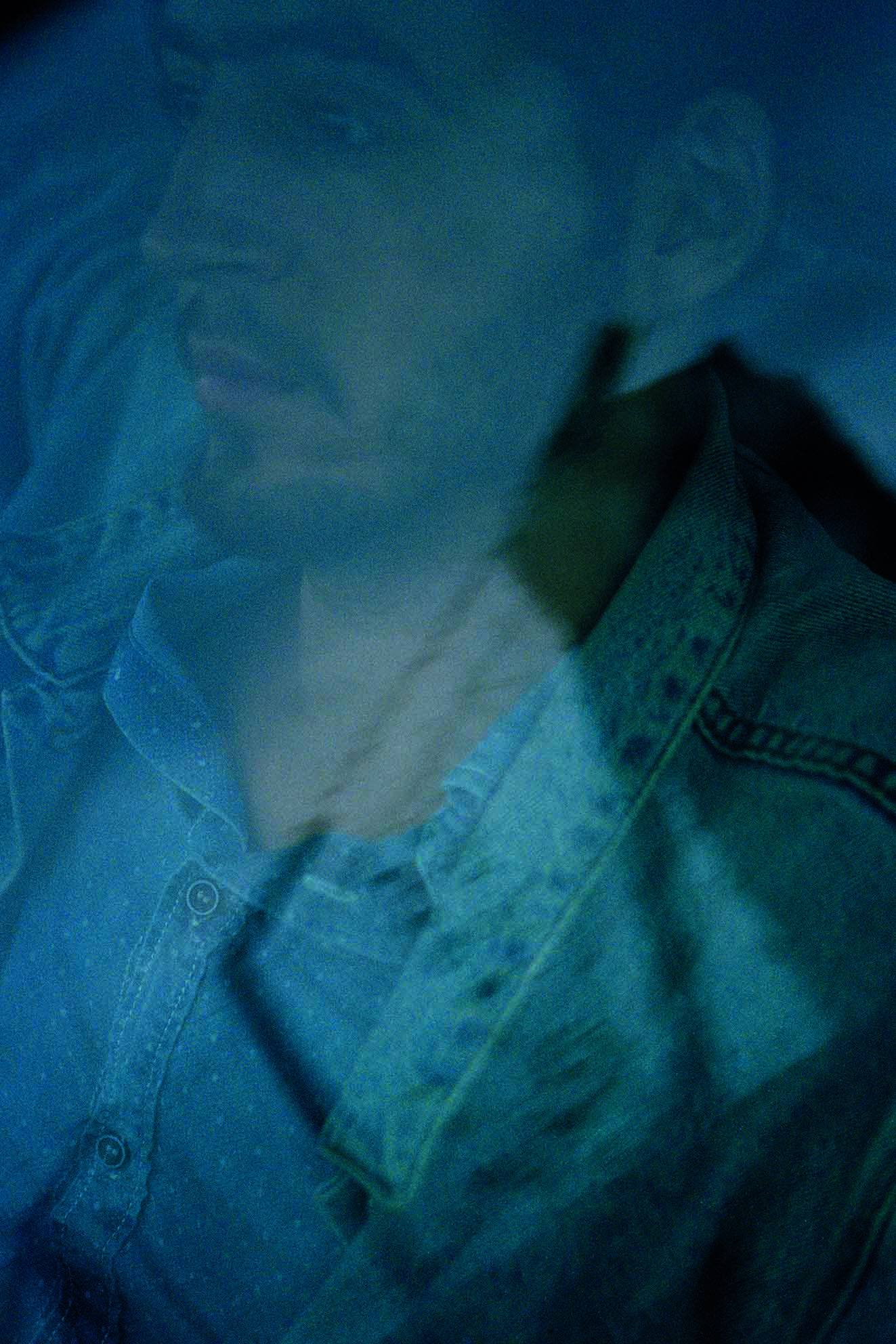 Etienne Audrey Bruce’s ‘Xenitia’ explores the interwoven narratives of both the arrivals and departures of people to and from Greece, both historic and current, and puts forth a polyphonic view of the experience of migration. Xenitia is a Greek term that encompasses ideas of foreign lands, the state of being a foreigner, otherness, to be estranged, loss, distance, and a profound yearning for home soil. 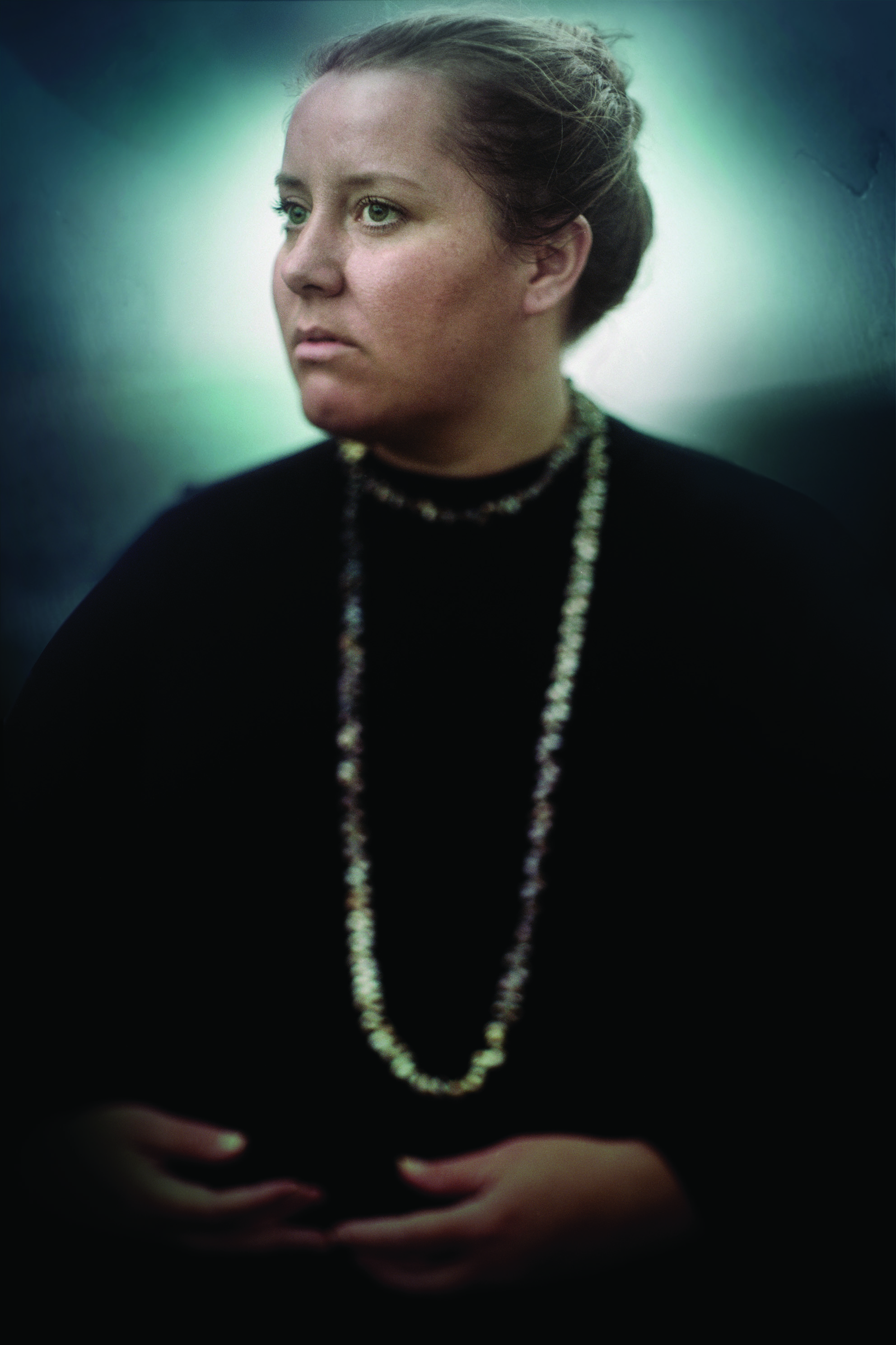 ‘No Blood Stained the Wattle’ by Aletheia Casey uses the conflicts and subsequent war of the frontier in the island state of Tasmania as a backdrop to examine the notion of the deliberate erasure of history throughout Australia’s past. The work considers loss, historical memory and national silencing. Portraits of indigenous Tasmanians reflect on the strength of bloodlines, identity and attachment to place. 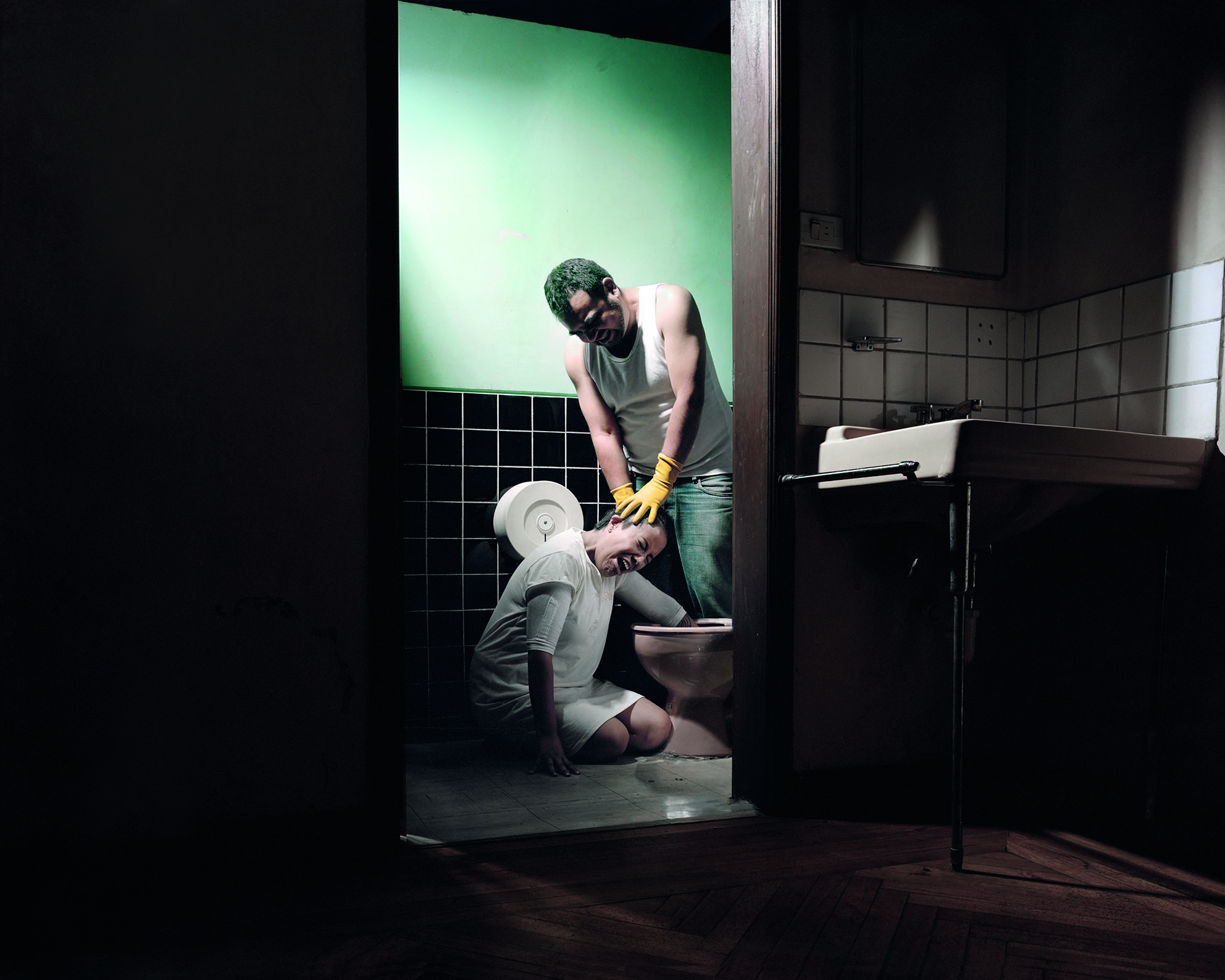 Being gay and from Ecuador, Paola Paredes chose herself as the protagonist of this project. In Ecuador approximately 200 facilities exist to ‘cure’ homosexual men and women. Operations are masked under the guise of drug and alcohol rehabilitation centres. Imprisoned against their will those who are confined are subject to emotional and physical torture. To raise awareness of this on-going human rights issue that continues to evade mainstream media in Ecuador, Paola recreated scenes form these ‘clinics’ based upon victim testimony. 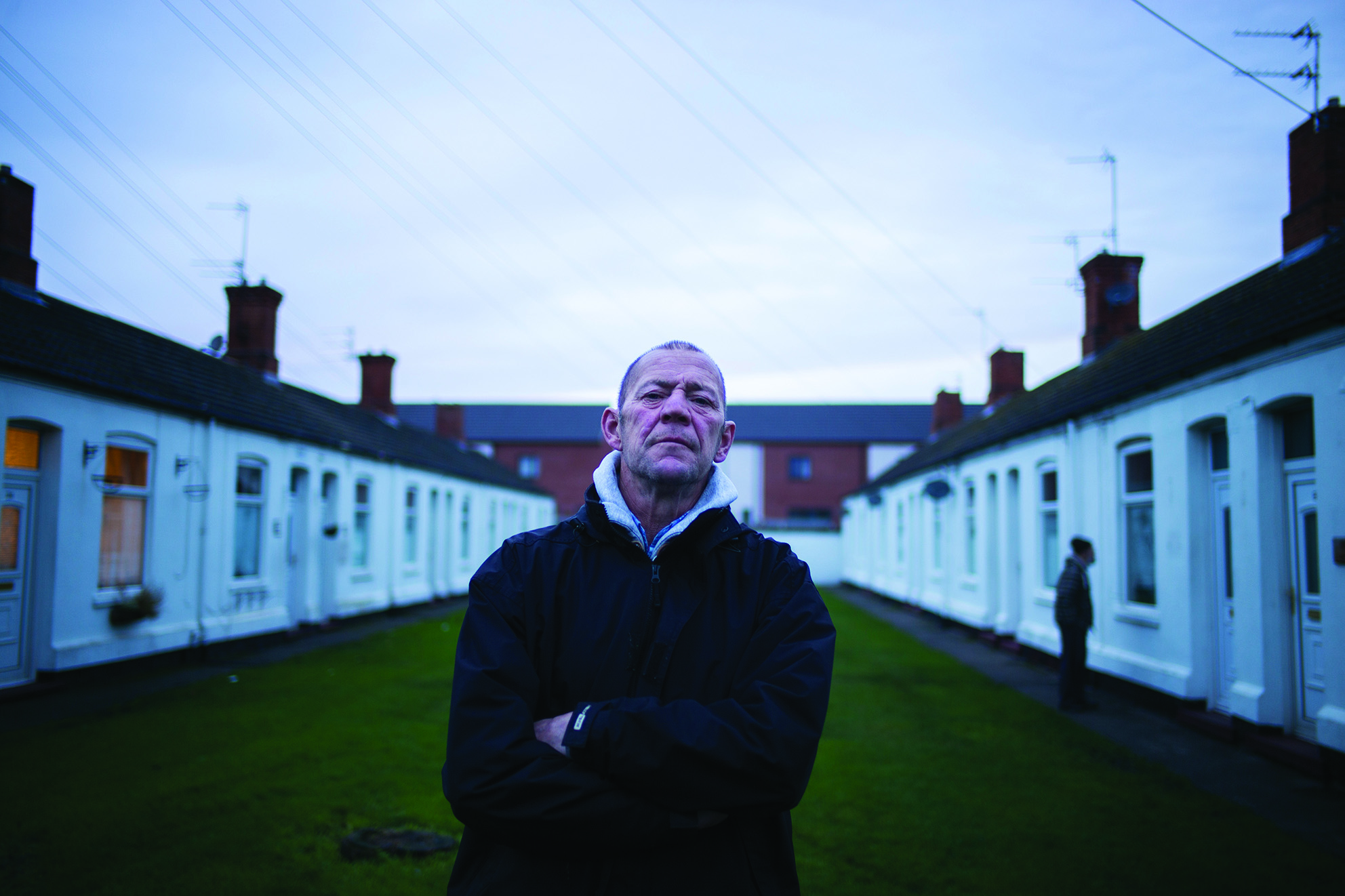 Faraz Pourreza-Jorshari’s project, ‘To Sea Again’, examines the irreversible effect that Brexit has had on the lives of a group of ex-fishermen living in Grimsby, whose livelihood was destroyed by the collapse of the fishing industry due to political disputes with Iceland and the EU. This unified sense of government betrayal, growing social inequality and bigotry of the media, led to the vote against the elite establishment in the 2016 EU referendum. This is a story about resilience of friendship, loyalty, integrity and pride.

Find out more about MA Photography.

Find out more about MA Photojournalism and Documentary Photography.