London College of Communication’s MA Animation course creates, explores and plays with 3D digital, 2D and 2.5D animation processes in combination with more traditional analogue technologies, to challenge how animation is made, understood and experienced.

“‘In Our Skin’ is a film about the beauty of the female body. Through the freckles on the protagonist’s back the viewer is taken to a world of morphing bodies. The simplicity of the line drawing brings us closer to almost abstract forms while describing forms, volumes of the body and folds in the skin.

“The title refers to the idea of the true self, In your skin you are who you really are. By the gesture of undressing followed by the entrance to the world of the skin, I aimed to highlight the exceptional and extraordinary from a routine gesture and create a connection with feelings and sensations available to us every day of our lives but often overlooked.”

“‘Perpetual Geometry’ is a representation of 2 perspectives looking at the same information. This information or data changes from one mode or state to another in correlation with how it is perceived. The information moves from a state of being new, exciting and colourful to a state of being old, consumed or used up and grey.

“Both perspectives are in the pursuit of knowledge. One perspective is a quantitative observer, calculated and cold and the other is qualitative, full of feeling, attempting to learn through creative action. These 2 perspectives work in unison parallel to one another, within a perpetual system designed to consume and understand data.”

The decision of Riley

“Riley, born with a female body, yet always confused about her gender identity. One day, she discovered a simple way to interchange her biological gender. The motive of this project revolves around general discussions about gender identity, showing the audience a new perspective of gender as a spectrum instead of limiting to two possibilities. The vibe of purity and mystery created by stop motion animation within a dark background provides the ideal stage for this project.

“Making various clay models of herself, and vice versa, enables Riley to interchange her biological gender without difficulties. This traces back to the notion in ancient mythologies where God created human being out of clay and the reason why we have the godlike power to change our body nowadays. According to the natural selection and opinions from the general public, the real human hand in the scenes represent the true god which signifies an invisible power. As if in a dream, the music gives a spacey and mysterious vibe to demonstrate the character’s blues. In the story, Riley is given a chance we never have, a chance to overcome impossibilities and to understand her choice is not limited to how the rest of the world make it.”

“‘Sword and Flower’ tells a story about dreams and reality. A girl tries her best to become a powerful woman just because she hopes to be the knight who gave her a flower in her childhood.

“Many years later, when she grows up and meets the man again, she realises reality is different from her imagination: the man has grown old and does not recognise the girl. Over time she realises self-consciousness gradually and such views were also changed with the understanding of time, identity and real world.”

“This story is about a little girl who dreams of becoming a ballet dancer, but whose self-consciousness about her body shape seems to be holding her back. But one day while daydreaming she found herself under the sea and saw herself as a jellyfish, gracefully dancing through the water.

“Inspired by the jellyfish, she realises she can dance happily just as she is – and learns to be self-confident enough to chase her dreams and do what she loves regardless.” 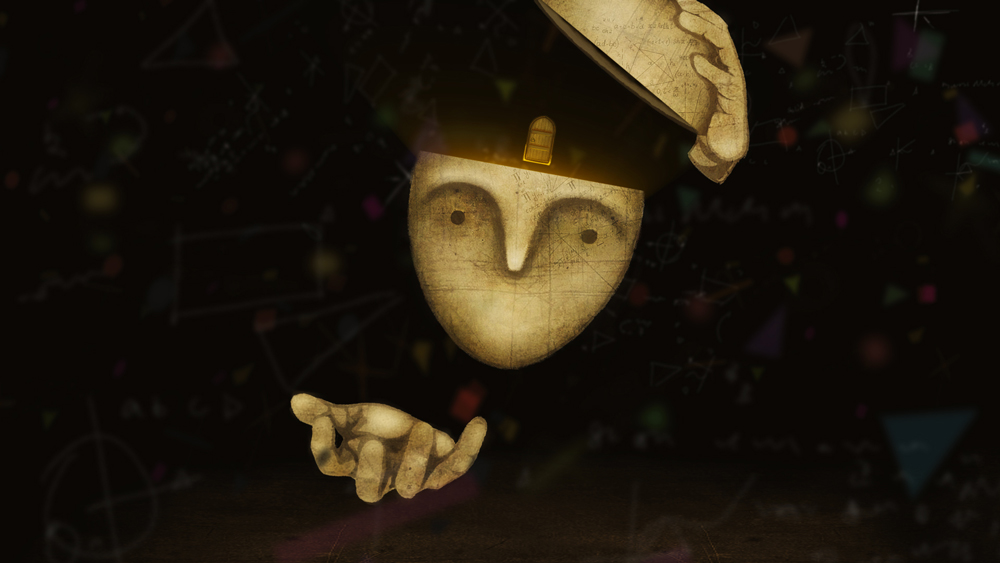 Meng Xu, Behind the Door

Meng Xu is an animator specialising in 2D and 3D animation. ‘Behind the door’ is trying to describe the journey of “growing up”.

“Happiness comes from self-acceptance not the acceptance of others.

You shouldn’t be untrue to yourself to please others.”