A future-facing course, Interaction Design Arts at LCC playfully explores interactions between people, objects and systems across a variety of designed experiences in an environment where ideas hold sway over technology. This year’s line-up of work includes a diverse range of interactive installations, moving image projects, performance and physical computing crossing the boundaries of high-tech, low-tech and no-tech.

Here we shine a spotlight on some of the work on show from BA (Hons) Interaction Design Arts. 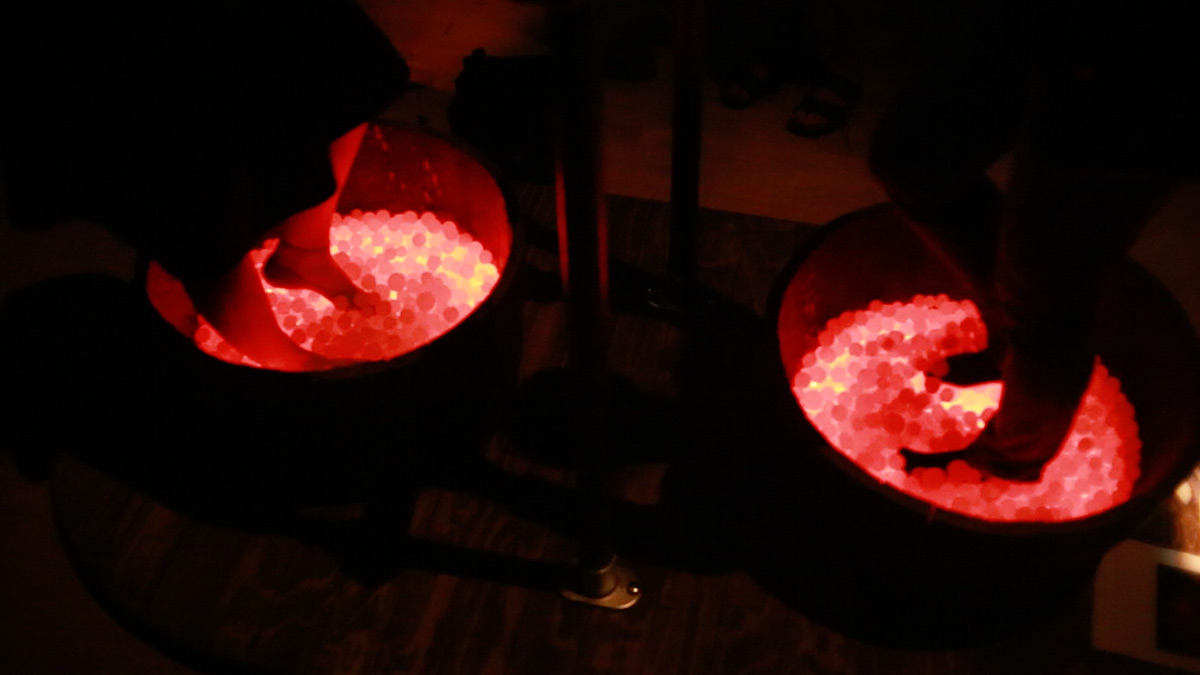 Tommaso’s ‘Grape Stomping’ project came about after a commission by Côte du Rhône, who wanted interactive installations revolving around the culture of wine tasting.’Grape Stomping’ invites visitors to experience the historical tradition of wine-making on a sensory level, with a digital twist. To make their own simulated red wine, 4000 handmade silicone grapes were placed in two wine barrels, and visitors were invited to step inside while a glowing red visual feedback triggers through the increased pressure of their stomping. 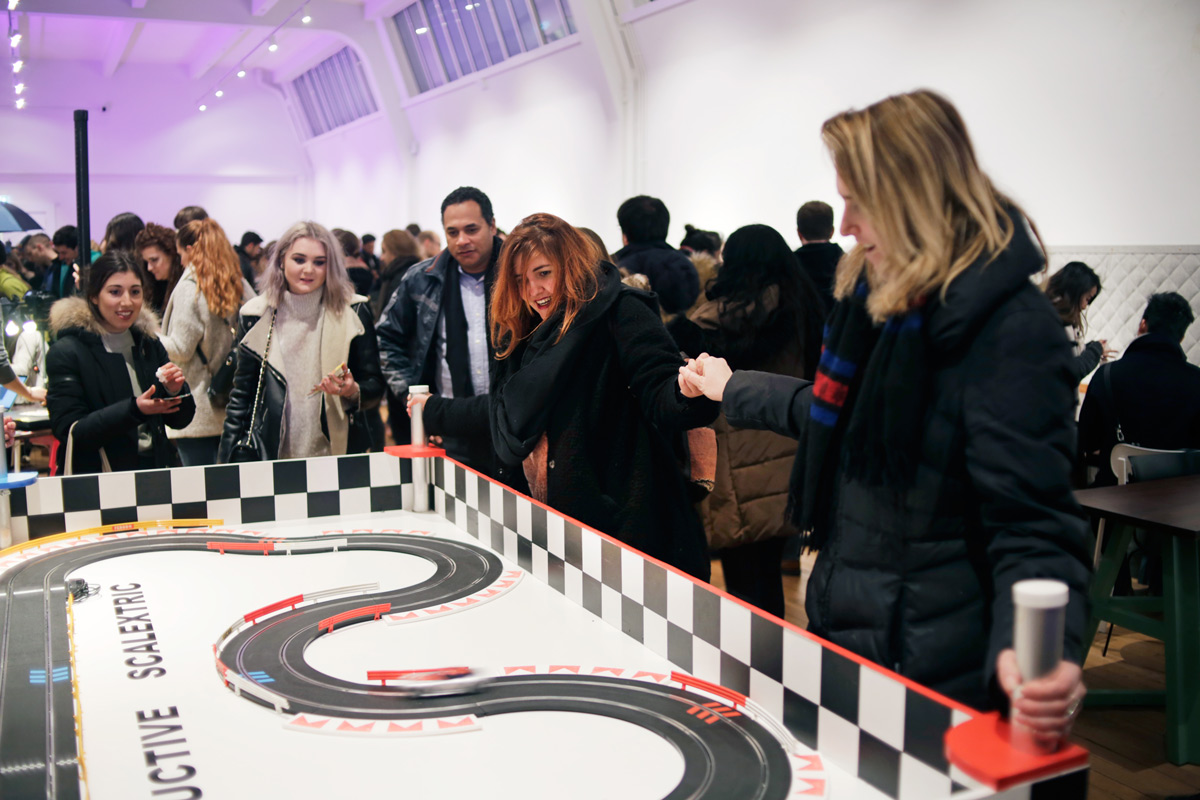 Alexandra’s installation, created for Science Museum Lates, centres around childhood wonder and play. By inviting the Scalextrics players to hold hands, an electric circuit is completed, activating the racing cars – with the speed controlled by the surface area of the hand grip. 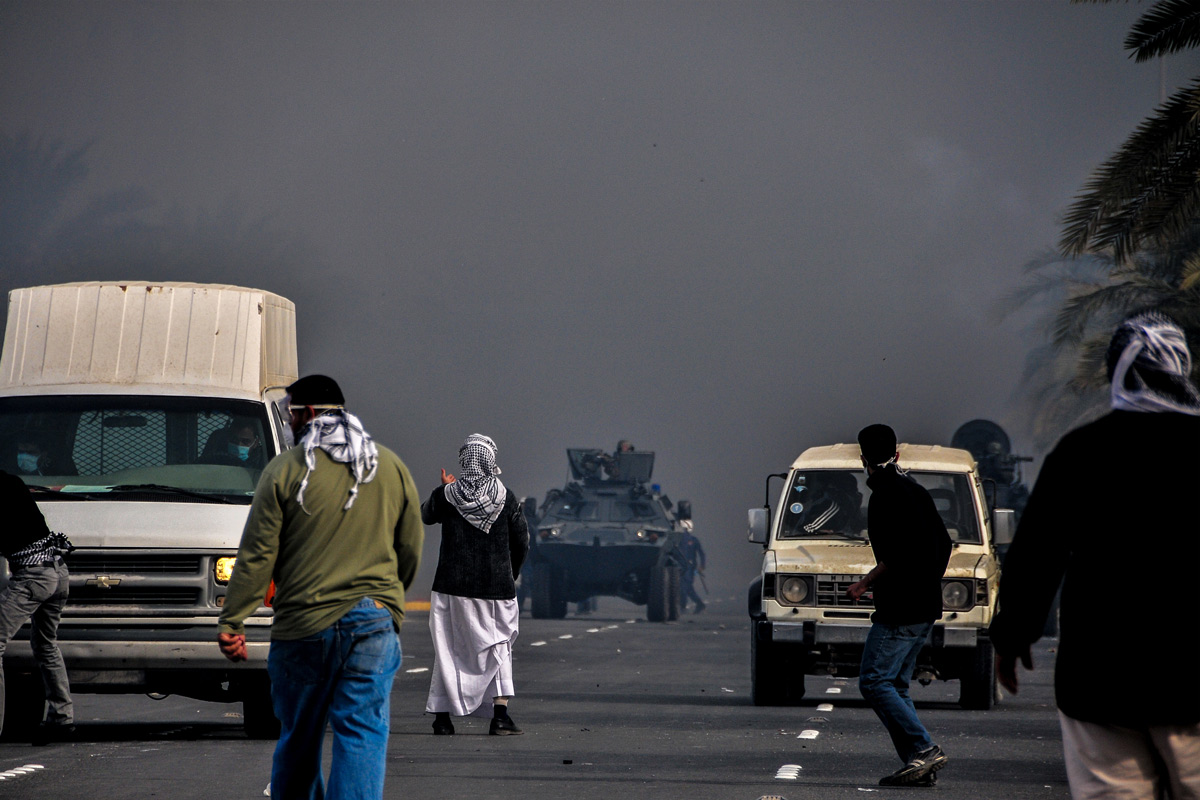 Mohamed’s project tells the story of 30 days in February and March 2011 in Bahrain, during a period now known as the Arab spring. Mohamed photographed the Bahraini people as they took to the streets in a quest to gain a greater political voice, however he was arrested without charge, imprisoned and tortured for two months for these very images. For the first time in six years Mohamed is sharing these images with the world – exhibiting them accompanied by a recording of his voice telling his story and additional film footage from the time. “Despite their burden, I have kept these photographs because they are the hardest and most beautiful experience I have ever had and now, finally, as the Bahraini exiles find their full voice, these photographs are helping bare witness to the many sacrifices that were made in the pursuit of democratic freedom. Because of all this I cannot go home.” Originally created for the Science Museum Lates with the theme of childhood wonder, ‘Upside Down Town’ is an experience involving headsets and inverted vision that aims to leave users with a new understanding of disorientation and an empathy with children developing their fine motor skills through play.