BA (Hons) Illustration & Visual Media at London College of Communication is designed to challenge the role and significance of the image in contemporary visual culture.

Students develop individual critical practices across a range of image-led processes, investigating the role of the author in visual media and exploring the intersection of analogue and digital methodologies of working. 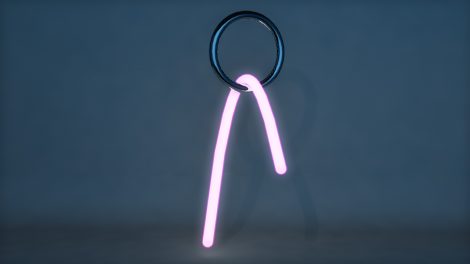 This body of work explores the ideas of discourse and connection. By taking the way in which others’ impact us, these ideas are abstracted through sleek imagery and hyper-real situations.

This project is a self-referential exploration into watching films and our relationship with ‘the screen’. The uncanny of technology is explored by using multiple layers of green screen and an idle human being. Ankita hopes to further extend this moving image into an installation where visitors stand on a green screen and see themselves in the screen, as part of the film. This further extends the concept of the uncanny as people from reality seep into the screen. 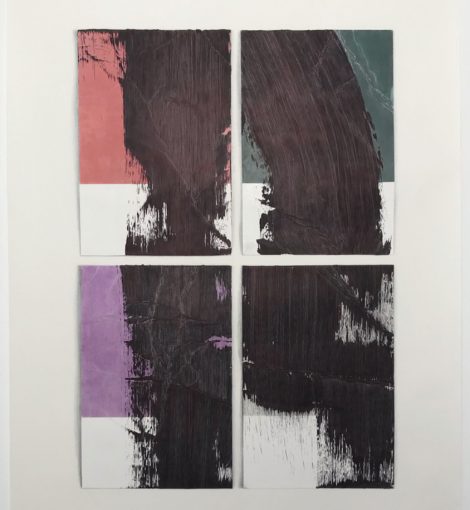 SCHWARZMALEN (v) to naysay, to catastrophise.

“In November 2017 I have started to prepare my final project for my degree, collected the pieces, formed them the way I wanted them, photographed and edited them. However, in February a well-known artist announced to do precisely the same project. I knew I could not go through with it even after all this time and work because I was not able to compete with someone who has 300k+ followers.

“I was crushed, I slipped into a hole of negativity and darkness questioning not only my project but my work and myself as an artist. I found no words for how I felt, did not know how to describe to my friends what I was going through. My words got lost in translation. I am from Germany, and there is a word that described my feelings, but the expression didn’t exist in English: ‘SCHWARZMALEN’. When I tried to explain it, I went for the most literal translation ‘drawing black’, but no one really understood. I asked myself: why not draw it?

“So I started to paint the objects from my original project black, embracing the negativity, the pessimistic and depressing thoughts that SCHWARZMALEN described.” 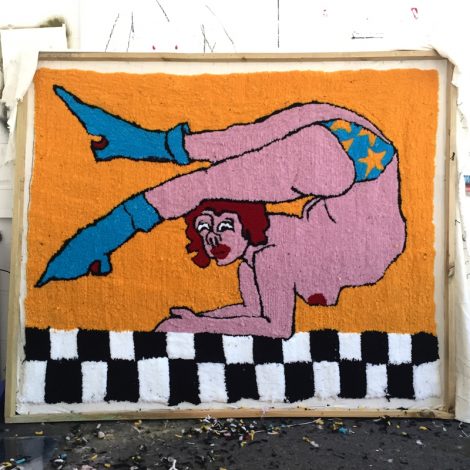 “I made a rug for my final project at LCC to contrast the often harsh and pornographic images used throughout my work, the wool highlights the silly and playful side that I find integral to image making. I’m massively enthusiastic about the eccentric within the ordinary and spend a lot of my time sourcing weird VHS archives on the internet.

“My personal goal for this project was to incorporate more colour and texture into my work; keep it simple, turn heads and have something that would maybe be unexpected in an illustration show. I’m excited to be making more and getting better at this technique.”