Challenging the role and significance of the image in contemporary visual culture, BA (Hons) Illustration & Visual Media students develop individual critical practices across a range of image-led processes, investigating the role of the author in visual media and exploring the intersection of analogue and digital methodologies of working.

Here we shine a spotlight on some of the work on show from BA (Hons) Illustration & Visual Media. 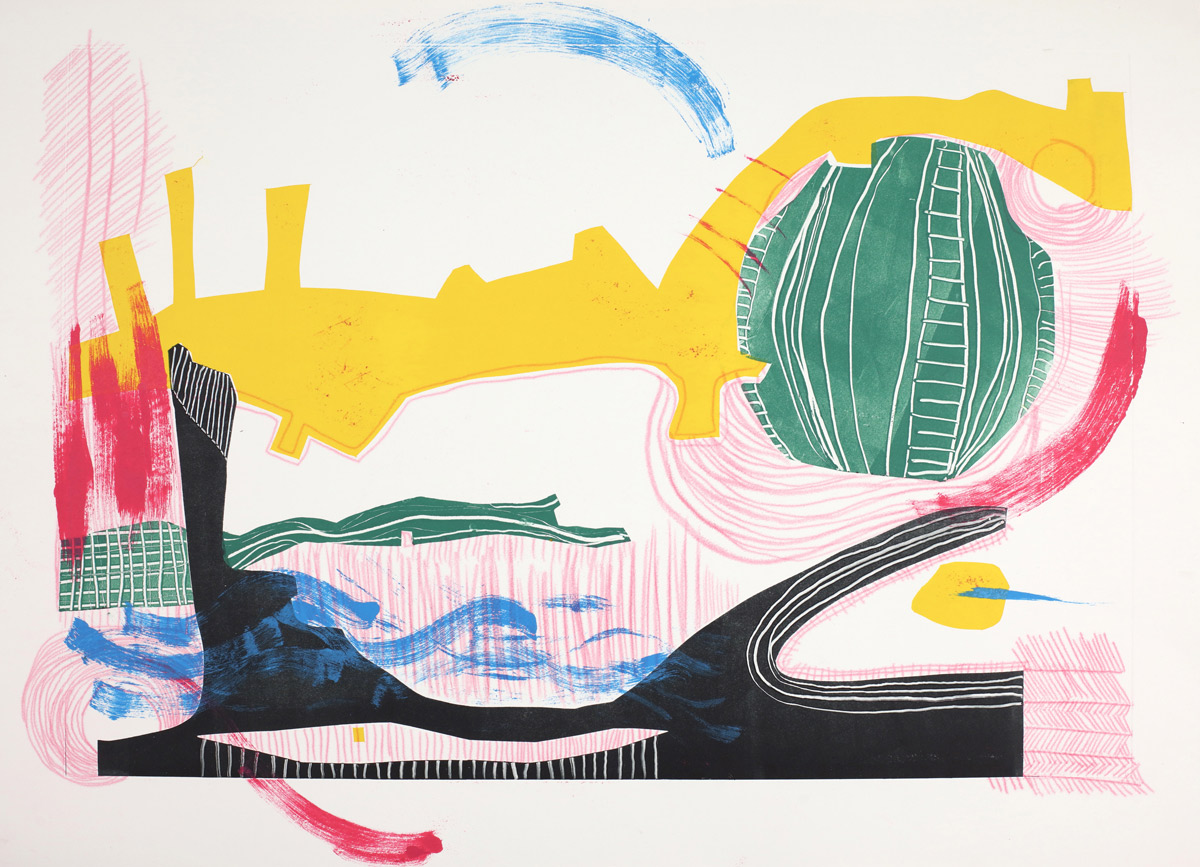 Based on the idea of journeying, Izzy’s project explores the sensory and abstract side of travelling. Mark making and vivid colours are used heavily to explore ideas of synesthesia, as well as a way of documenting the journeys she was walking – with an aim of hoping the viewer can feel surrounded by the work, as though they are in the locations she walked.

Olivia’s project is based on a commission to create the branding for a private dining company, creating and animating a logo, directing and editing a promotional film, and developing the brand’s identity. 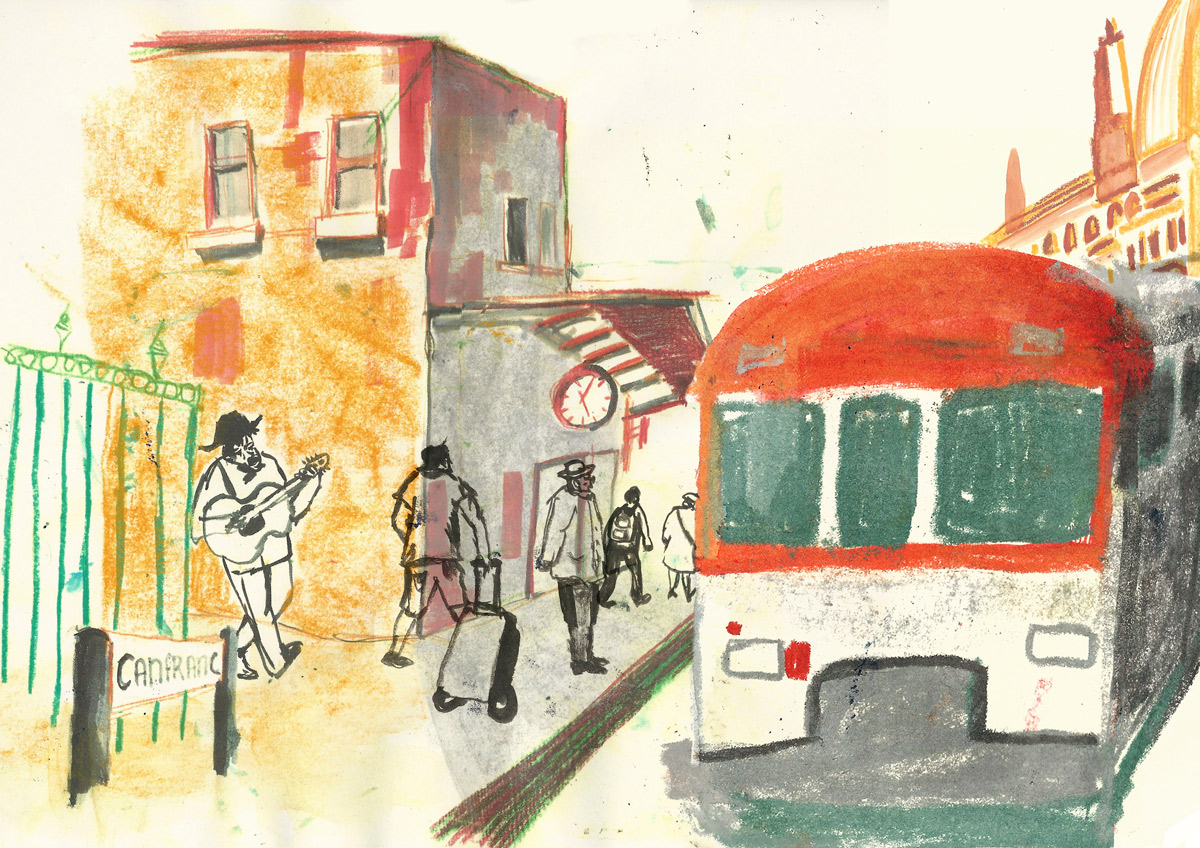 Shana’s practice explores biographical themes to do with people and space, through the combination of research and memory. Reconstructing scenes based on chosen abandoned locations and illustrating a series of narratives revolving around these spaces, Shana is retelling stories specifically in relation to the abandoned spaces of Canfranc International station in Northern Spain, Spreepark in Berlin and a Drycleaners once found on Brewer street, London. Alex Turp’s project concerns the topic of toxic masculinity, depicting a friend who has declined into a depression in an attempt to start a conversation within wider society. 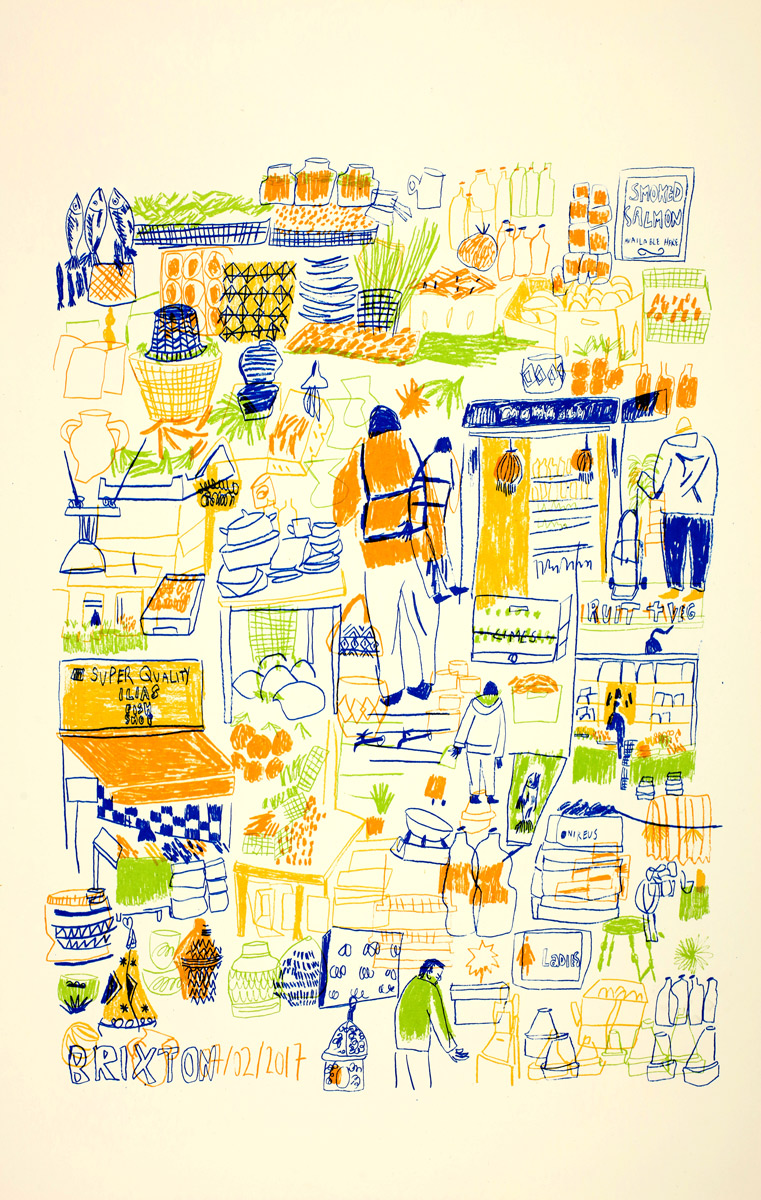 Taking trips to Brixton Market, Laylah experimented with colour and different mediums, and was able to record and act as a sort of reportage artist – culminating in vibrant multi layered screen prints.