Edmund Clark, Senior Lecturer on LCC’s MA Photojournalism and Documentary Photography, course recently launched 3 solo exhibitions; ‘The Day the Music Died’, ‘The Mountains of Majeed’, and ‘In Place of Hate’, as well as new book ‘My Shadow’s Reflection’.

Building on his recent exhibition at London’s Imperial War Museum, Edmund’s first solo museum exhibition in the United States, ‘The Day the Music Died’, now open at the International Center of Photography in New York, focuses on the war on terror and draws from 10 years’ work investigating structures of power and control. The work is comprised of photography, video, and installations, highlighting the acts taken to protect citizens from the threat of terrorism by state actors whilst exploring themes of ethics, legality, security and secrecy.

Similarly, ‘The Mountains of Majeed’ exhibition at the Flowers Gallery in New York meditates on the war in Afghanistan. This exhibition seeks to understand the lived experience of the military personnel and civilian contractors who stayed at the largest American base in Afghanistan site without ever leaving. 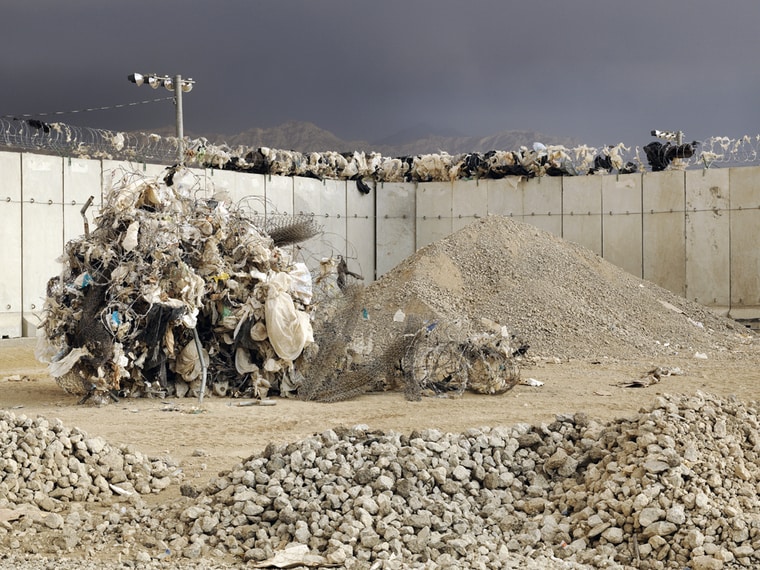 The Mountains of Majeed by Edmund Clark

‘In Place of Hate’, held at the Ikon in Birmingham, is comprised of a body of work made by Edmund Clark while working at Europe’s only therapeutic prison, HMP Grendon in Buckinghamshire. Grendon’s inmates are encouraged to accept responsibility for their offences, are committed to intensive group therapy and have a say in the running of their lives through democratic meetings.

Through his residency at Ikon and his years working with inmates, prison officers and therapeutic staff, Edmund Clark has immersed himself in the prison routines and has taken part in community meetings.

His latest book, ‘My Shadow’s Reflection’. consists of photographs taken at HMP Grendon and includes images of inmates taken with a pinhole camera, architectural imagery and plants that grow in the prison, photographed on a lightbox. Edmund asked questions about their reason for being incarcerated, captured them responding and asked for feedback about what they thought the meaning of the image is to them and viewers. 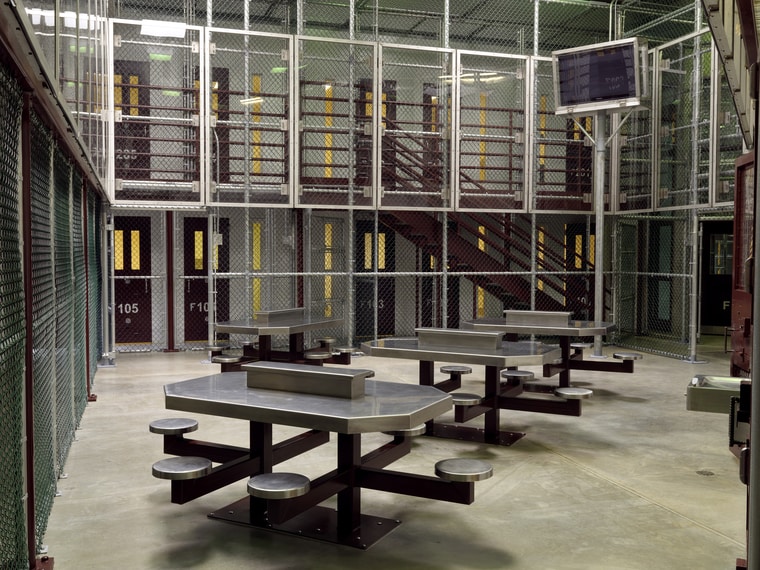 How does it feel to have 3 exhibitions on show and what’s been the highlight of putting this work together?

It’s very exciting to have 3 exhibitions on at the same time and a great opportunity. All three have highlights. The ICP Museum exhibition in New York, ‘The Day the Music Died’, is a third museum is a completely new iteration of an overview of work I have done about the War on Terror over the past 10-12 years. Each time, I’ve both made new work and explored how to bring a number of series together in an installation that draws out the themes across the series.

It has been really interesting working with different curators to do this so that the overall exhibition is site specific and unified rather than being a display of separate parts. At the ICP Museum I have edited the work and added elements that make the exhibition more focused on the American perspective – and more personal to me. In Place of Hate at Ikon, Birmingham.

What were the processes of putting together the work on HMP Grendon?

The third exhibition ‘In Place of Hate’, at Ikon in Birmingham, has been a great challenge both in terms of subject matter and formally. It is work made over 3 years as artist in residence in Europe’s only wholly therapeutic prison. The prisoners, all men, have to ask to be sent there to undergo intense group therapy where every waking second of the day they are being held to account – and holding their peers to account.

It’s very intense; highly positive with an undercurrent of trauma. The work is a personal response to place, the process that takes place there and wider issues of incarceration and the discourse around prison or criminal justice; in particular the idea that prisoners ‘disappear’ when they go behind the wall of incarceration. I am not allowed to make images that identify the men. I have addressed this head on in the work and tried to use the processes of therapy to shape the work.

How did you produce the work?

Formally, I have used techniques and approaches that are a development of my practice. The exhibition comprises video, performance, projection, furniture, bed sheets and flowers. There is a catalogue and stand alone book based on one of the installations. It has been very exciting to put together and initiate work for a known space.

I have to thank the Ikon technical staff and my studio manager Reinis Lismanis for making it work; and LCC MA Photojournalism and Documentary Photography full-time course leader, Max Houghton, for the inspiration of looking at things that grow within the confines of the prison. 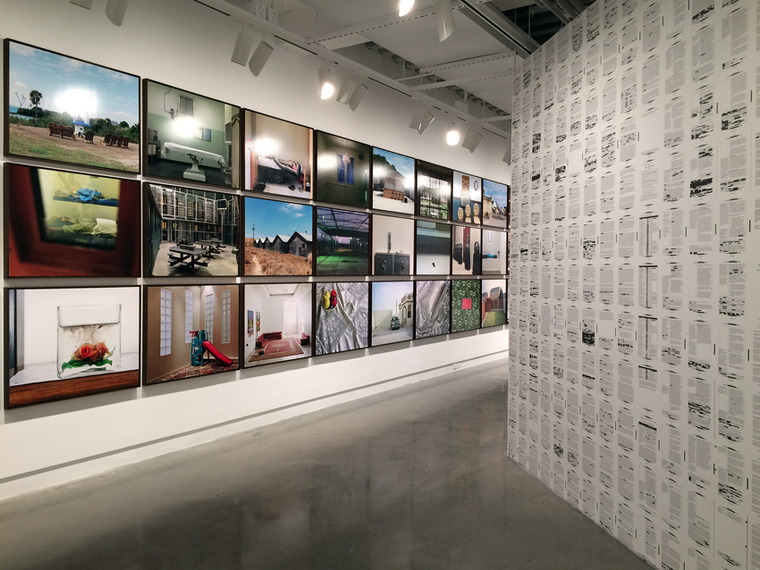 What first interested you in researching the structures and effects of power, control, incarceration and ideas of representation and spectacle?

I see a distinction between my work on the War on Terror and issues of incarceration in the UK, even if there are overlaps between the 2. My first book, ‘Still Life Killing Time’ was about a wing in a British prison set up to hold long-term and ageing life prisoners. I do believe that depriving individuals of their liberty is a profoundly political act.

Why it is done, how it is done, where and in what conditions reveal a lot about the societies that do it. As do attitudes towards rehabilitation. Implicit in that are issues of power and control of course. While working on that book, the war in Afghanistan started and another place of incarceration, the detention facilities at Guantanamo Bay, became a global event on my screen. That connection led to the work on the War on Terror.

Although that work has included experiences of incarceration and is obviously about power and control, I think it includes other themes too. When you think about it, there are 2 clear distinctions, scale and legal process. The UK prison work is about individuals who have broken the law and been convicted.

The War on Terror work is more complex and looks at geo-political themes, processes and networks and includes issues of accountability and legality, but in a different way in relation to extra-judicial episodes of detention and abuse, or the absence of normal legal procedures. This part of my work continues to develop to look at other processes of contemporary conflict. Redacted image of a complex of buildings where a pilot identified as having flown rendition flights lives, 2013, from the series Negative Publicity: Artefacts of Extraordinary Rendition.

Can you tell us more about ‘The Mountains of Majeed’?

‘The Mountains of Majeed’ at Flowers Gallery in New York is the first time I have shown this series about the war in Afghanistan in America. When I made the work the US government message was that Afghanistan had been stabilised. If only.

It is an interesting time to be showing work, in America, that reflects on the longest war in that country’s history. It is another opportunity to show the sculpture ‘The Victory Column of Enduring Freedom’ in the gallery as part of the installation. This is made of razor wire and stones and is having quite an impact.

What do you hope for viewers to take away from your exhibitions?

To engage with the work. To give it time, to spend time with the complexity of these subjects. I hope the work engages audiences, readers and viewers enough for them to come away with a different understanding of the issues I explore, enough for them to reconfigure how they talk about them, perhaps.

Has your research changed your perception of your subjects at all? If so, in what ways?

Of course. It has added nuance and complexity to what I know about them, what I understand about them, how I see them and, hopefully, how I talk about them.

Find out more about Edmund Clark’s exhibitions and new book