Alongside Margot’s work, London College of Communication is further represented in contributions from Dean of the School of Design, Professor Lawrence Zeegen, and Lead Tutor on the BA (Hons) Graphic and Media Design course, Hamish Muir.

First defined by Euclid, the golden mean has served historically as a blueprint for aesthetic innovation. Golden Meaning explores the relationship between graphic design and mathematics. 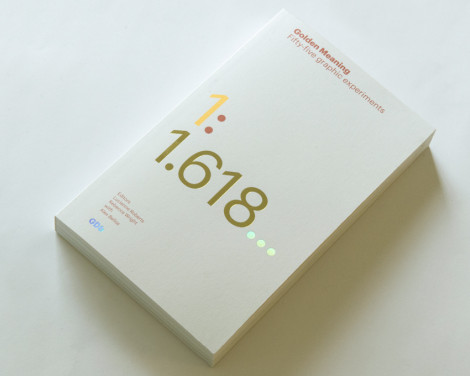 We asked Margot to tell us more about her latest project.

How did you get involved with Golden Meaning?

“Lucie Roberts from GraphicDesign& first approached me regarding a conceptual book I designed about representing a trip to space using visual grammar. She was working on a book on the golden mean and invited me to be one of the contributors. To be honest, I was not that familiar with the idea and mathematics in general are very abstract to me. I remember reading books about the golden ratio at the beach during summer to better understand the concept.

“What did strike me the most was the fact that we are surrounded by this proportion. I realised that it was at the centre of some of my designs, like my visual grammar book for example. I wanted to explore why it was such a big part of our lives.”

Can you give us a sneaky extract from your work in the book?

“Perhaps the earliest appearance of the golden ratio was at the moment of the Big Bang – a geometric analysis of our galaxy reveals the shape of a logarithmic spiral, which forms the basis of my design. Intrinsically linked to so many facets of our existence, could it be that the psychological resonance of the golden ratio is because it is fundamental to who we are and why we are here?” (Extract from my rationale for Golden Meaning)

How do you feel about the finished publication?

“When discovering the designs of the other contributors, I realised I was not the only one who felt a bit confused about the golden ratio. And that is probably why the book is so brilliant, with so many various and rich interpretations of this divine proportion. I am very proud to be part of this surprising book dealing with two subjects that seem at first rather opposite: design and maths. I am probably never going to enjoy mathematics on its own but combined with design – that’s a completely different recipe.

“Fun fact: the book has 284 pages. Divide this number by the golden ratio (1.618) and you will arrive on the spread of my design: page 175. It looks as if, for my first feature as a graphic designer, my name has been blessed by the divine proportion of alphabetical order!” 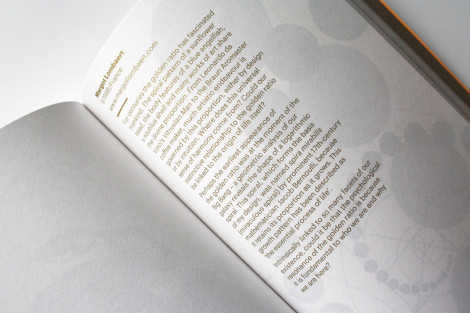 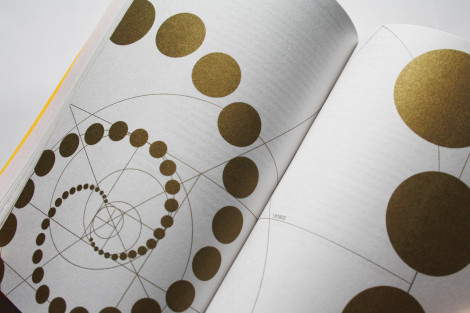 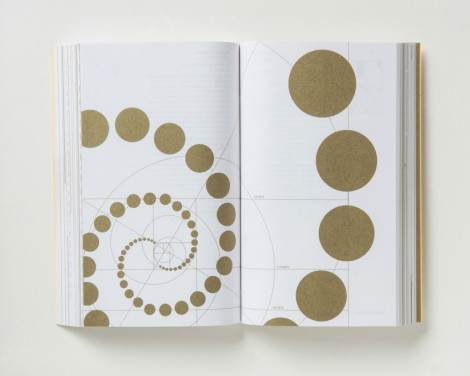 Margot’s work exploring the idea of the golden mean