Students and graduates of LCC’s BA (Hons) Film Practice course, formerly BA (Hons) Media Practice, have scored a huge number of successes on the festival circuit around the world in recent months.

We’ve rounded up a selection of the most exciting achievements from the course and found out a little more about the films which have been attracting so much attention.

Shaneika Johnson-Simms’s film When the Pile Is Crooked was shown last year at Portobello Film Festival and the Early Bird Student Film Festival in Sofia, Bulgaria.

In the film, teenager Jolie finds underwear that doesn’t belong to her or her mother while rummaging through her father’s clothes for spare change, and must decide whether to tell her mother or keep the discovery to herself.

Charlie Edwards-Moss and Joe Williams made their film Urinal Cakes, produced by Spencer Phillips, in their first year of the course, and are now moving into Year 3.

The film was nominated for the monthly Shooting People award, narrowly missing the top spot, and is now going to the In the Palace International Short Film Festival in Bulgaria. 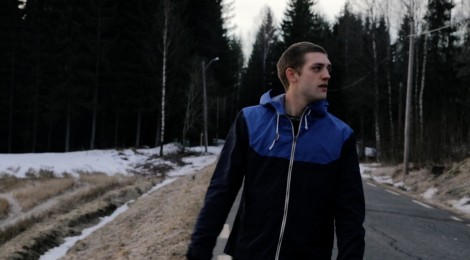 At the heart of Perfect is Aaron, a young outdoors type who believes that no terrain can defeat him and has the selfies to prove it. His confidence wavers, however, when his car breaks down in the Norwegian mountains.

Eleswhere there has been plenty of good news for Aaron Dunleavy and Joe Ollman, whose second-year film Throw Me to the Dogs toured the country as part of Short Sighted Cinema’s Shortest Nights programme, which showcases emerging British filmmaking talent.

The Blackburn-based film, which follows a group of troubled young boys who are formed into a Sunday league football team, also received its international premiere at the prestigious Giffoni Film Festival in Italy, and was nominated for the Gryphon Award alongside eight other international short films.

At the Manchester Indie Short Film Festival in July 2015, Throw Me to the Dogs picked up Best Actor for star Lewis Bradshaw, and was one of only eight award-winning films from 1500 submissions.

And finally, first-year student Luiza Herdy Costa already has something to celebrate after winning a grant from filmmakers platform MOFILM to make a video for Shell.

Luiza travelled to a small fishing community in Rio to make the film, which reveals how Shell Brazil’s Saber Dividir programme of volunteering opportunities seeks to encourage solidarity and social responsibility among its employees.

Not only that, but the film also secured third place in a short film competition run by SXSW Film Festival.

Massive congratulations to all on these successes, and we look forward to following your developing careers in film.