As our New Course Discourse series continues, we ask LCC Course Leader David Hoyle to tell us about the brand new MA Television.

Can you tell us a bit about what this course will focus on?

A huge area of television programming is broadly called factual programming. It covers everything from serious journalistic current affairs programming right through to what the BBC calls factual entertainment.

MA Television students will come and learn how those programmes are made. We’re looking for people who have ideas for those sorts of programmes, or who want to work in that vast programming area. It’s strictly television, strictly factual, but there could be drama – for example re-enactments in history programmes. It’s a very broad brush.

How is the course constructed?

We look at them as business assets, so students will learn how to raise money, how to manage budgets, and how to exploit the assets that they’ve made. So there’s a sort of business/commercial/management aspect to programme-making.

Then we look at the history, the philosophy of factual programme-making, largely in the UK but not only here, and we will invite lots of models from different countries if we have students from other programme-making nations.

So we’ll look at them from the economic point of view, from a philosophical point of view, and also slightly from the political point of view. We do ask students to think about what sort of messages these programmes send, and just go some way into what’s called “cultivation theory” – a way of looking at programmes from their effect on maintaining or presenting the status quo of society.

So students will end up being confident programme-makers, but also with a very advanced understanding of the whole context in which they’re working.

The other thing I’d add is that it will be fun! People will have a year of intensive hands-on programme-making in teams, closely supervised and guided all the time, of course, but it should really be a joyful experience; a whole year of doing nothing but making programmes in the heart of the European programme-making industry. 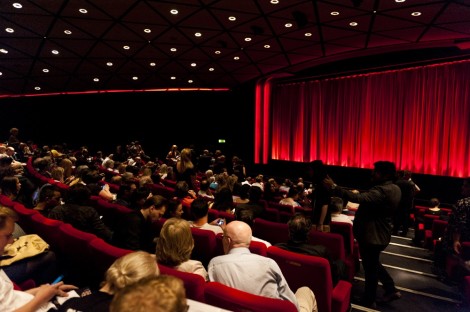 How does this postgraduate programme differ from undergraduate study in television?

All of this leads at the end to a major project in which people make programmes but support them with a business plan, so that they can prove to a broadcaster how they would generate income, or if they made them independently how they would set up and sustain an independent production company – which is one very major objective of the course.

Why should applicants choose to study here at LCC?

The core of the School of Media – from my point of view anyway! – is the television studio. It’s a completely state-of-the-art, professional standard TV studio, and all the programmes that students make on the MA will have a TV studio element.

So there are the facilities that we have here, but there’s also LCC’s unique and very special location. We are 10 or 15 minutes away from the heart of European television programme-making, and I always remind students that more film is shot in London in a day than in the whole of Hollywood in a year.

We’re looking continually for liaisons with commercial production companies, and one option the students on the MA will have is actually to make their programmes to a live brief. So that means that they’ll be encouraged very strongly to seek out commissioning editors or production companies that are looking for work to be made. They’ll be able to make that here, and be assessed for it. Obviously that’s a very potent gateway into the world of work.

What’s also important is the sum total of the School of Media. One of the units in the course is a formally collaborative unit, and we already have arrangements in place to work with the MA Arts and Lifestyle Journalism students. They have to produce a moving image piece, so there’s a very obvious and fruitful symbiosis between those two courses.

But in the College as a whole we also have photographers, animators, illustrators, designers – all sorts of people with skills that fit perfectly with programme-making. And then, of course, we have the University – we have set designers at Wimbledon, costume makers at LCF and so on. People on this course would be strongly encouraged and helped to form collaborative relationships formally and informally with people in the School of Media and across the University as a whole. 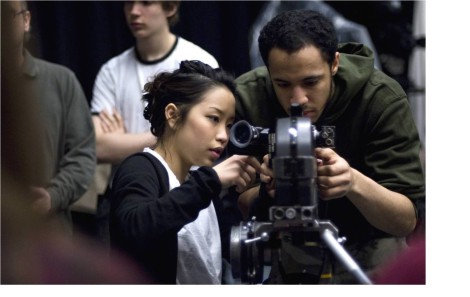 What is the course is looking for in its students?

Applicants for the course can be people with a good honours degree in film and television production or a related subject – that’s the obvious one. We would also be interested in people with good honours degrees in other subjects, for example economics, journalism, law, business. Almost anything, really, if it’s accompanied by a demonstrable, informed interest in television.

We’d also be very interested in talking to people who may not have a degree but have worked in the film and television or related industries for a little while – maybe four or five years – and, again, in the interview can demonstrate an informed interest in television.

And fourthly, we would still be very interested in talking to people who don’t have that television experience and might not necessarily have a degree in any subject at all, but again can show a burning, passionate, informed interest in television, and who we think will be able to contribute to the life of the course.

The first term and a half of the course are very much about getting people up to speed in programme-making, and it’s quite intensive in that respect. So by halfway through the course, we will have a cohort of highly competent programme-makers. After that point, other skills and experience and knowledge that they can bring to bear will become increasingly valuable, really, so a lawyer or a journalist or a scientist at that stage would be incredibly useful.

What sorts of careers can graduates from MA Television move into?

If you open your TV guide and look at any day of the week – more the week than the weekend but even there – you’ll find programmes on history, science, travel, holidays, home decoration, cookery – a whole range of informative programmes that are also entertaining. They are the staple, really, of most broadcasters’ output in most if not all countries in the world – they fill the schedules.

People graduating from this course can set up their own small production companies to propose and hopefully make this sort of programme, or they can go and work for those companies – there are lots of them – who specialise in this broad area of factual programming.

But it also gives access to web-delivered materials, to non-broadcast materials, to even corporate production. Any sort of programming, really, that has got some informative purpose.