As LCC graduates prepare to exhibit their work at Summer Shows 2015, two members of staff have been busy working on a visual identity for the shows.

Design duo MuirMcNeil have a created an original aesthetic partly inspired by their interest in exploiting the mutability of alphabetic signs. Hamish Muir is Lead Tutor BA (Hons) Graphic and Media Design and Paul McNeil is Course Leader for MA Contemporary Typographic Media. 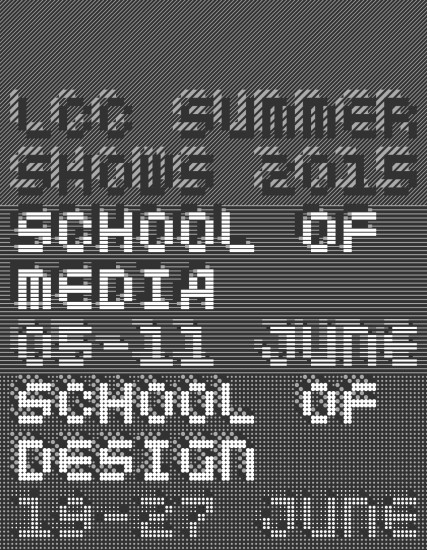 Typographic design for School of Media and School of Design shows. © MuirMcNeil

In their bespoke visual that focuses on the architecture of typographic design, MuirMcNeil have created an identity that confronts traditional letterform.

“As graphic designers who often employ a typographic approach, information hierarchy mediated in carefully structured ways has always been central in our design work.

“There are no mysteries in the systems we use – no traditional skills, trade secrets or black arts are employed. We are not type designers in this sense but graphic designers interested in developing processes, generating forms and systems to work with” – MuirMcNeil.

With individual careers that span 30 years, MuirMcNeil continue to play with and confront traditional typefaces, while their intention to communicate to the reader, viewer or user remains the same. 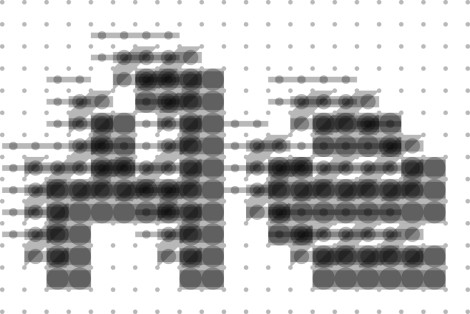 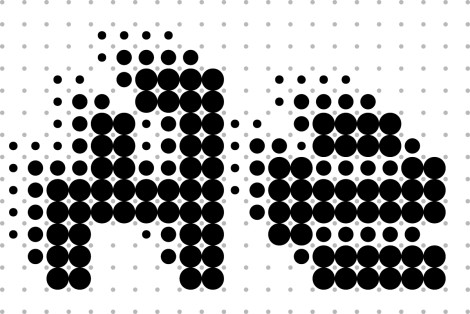 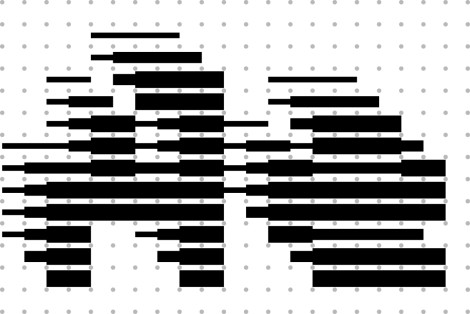 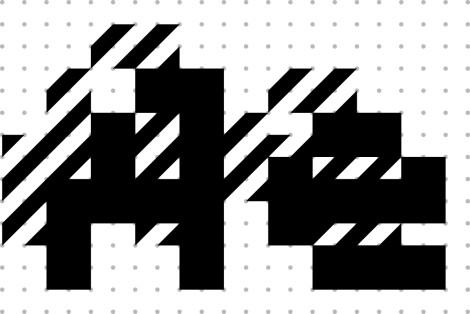