Magnum Photos recently partnered with LCC for the third year running to host the Magnum Documentary Photography summer school short course. Students from around the world took part in the 3-week intensive course to produce a documentary photography project that explores the theme of ‘responding to the city’.

Here, six students share their work and explain how they worked to convey a narrative about a particular geography, identity or culture in London. I am originally from Korea and I spent my childhood witnessing the rapid transformation of livelihoods and the landscapes of the country. My family lived on the fringe of the ever-expanding city of Seoul, where old houses were giving way to modern apartment complexes.

It was part of daily experience to see a block of time-worn shacks and narrow alleys where my friends lived fenced out and torn down overnight. We soon moved to a small apartment ourselves and began a different lifestyle, but I never got used to living in constant change.

On the first week of the Magnum Documentary Photography course, I learned that the biggest redevelopment project in Europe was being carried out in LCC’s neighbourhood of Elephant and Castle and Battersea. There was something utterly familiar about all the cranes up in the sky and noises from busy construction sites.

Oddly, it felt like I could almost re-live some of my early year experiences in a foreign city. I was horrified by the scale of the rejuvenation project in London (and considerable displacement that will follow) but equally fascinated by dazzling juxtaposition of the future and the present. I wanted to capture the sense of ambiguity around this progress in my photography. 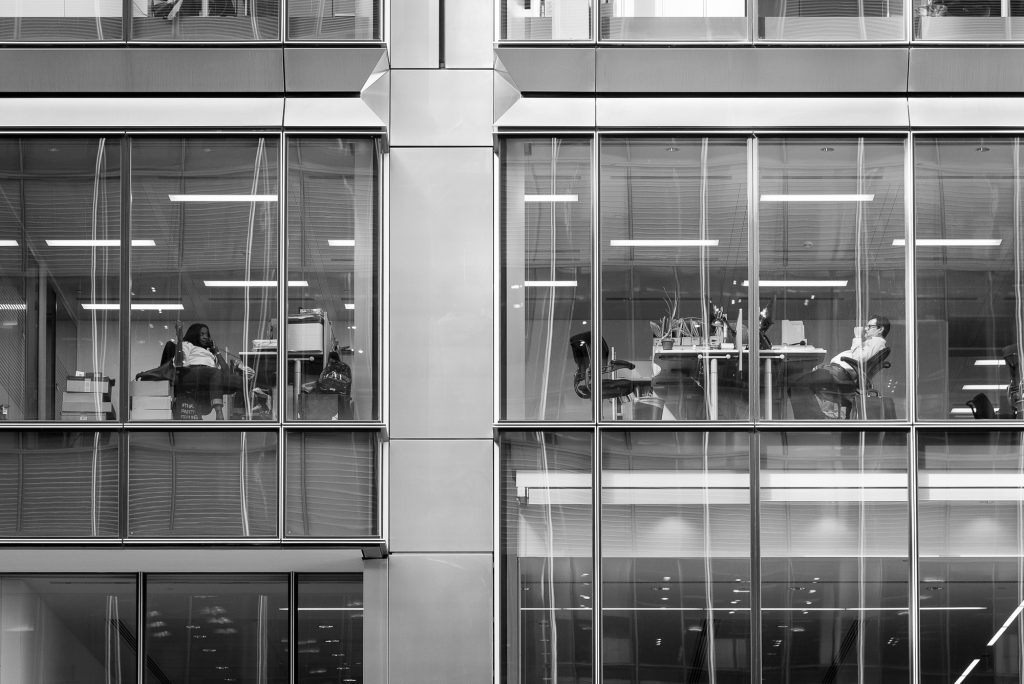 Shapes and shadows forming the modern City of London. Image by Natalia Ortynskaya. 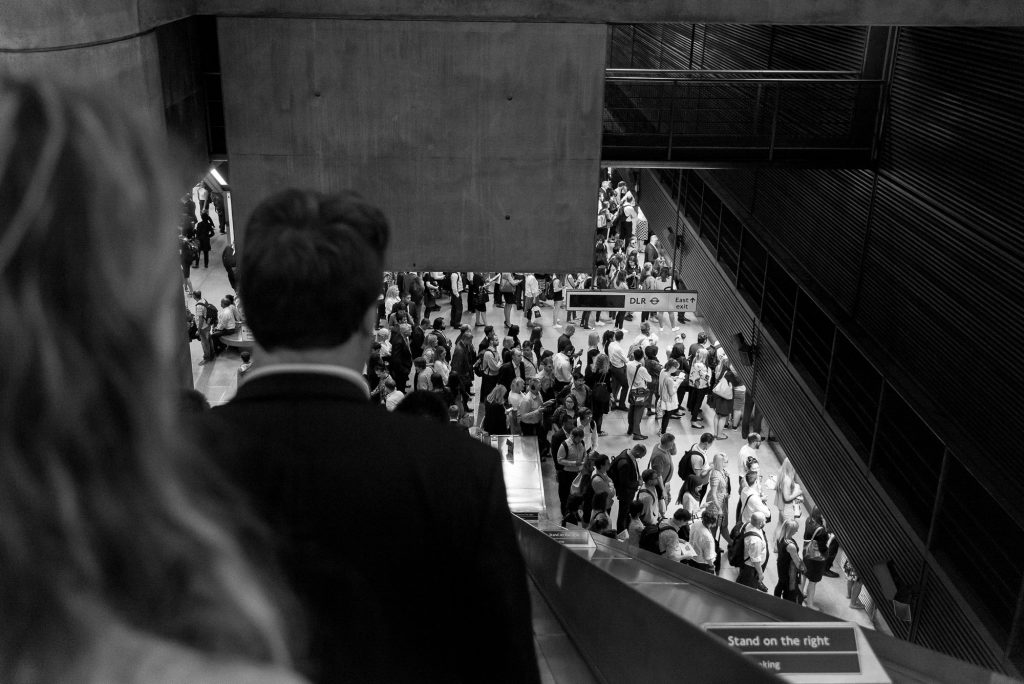 I decided to take a look at the graphics of urban life in London and its stereotypical inhabitants, office workers, merging in the background of the city. 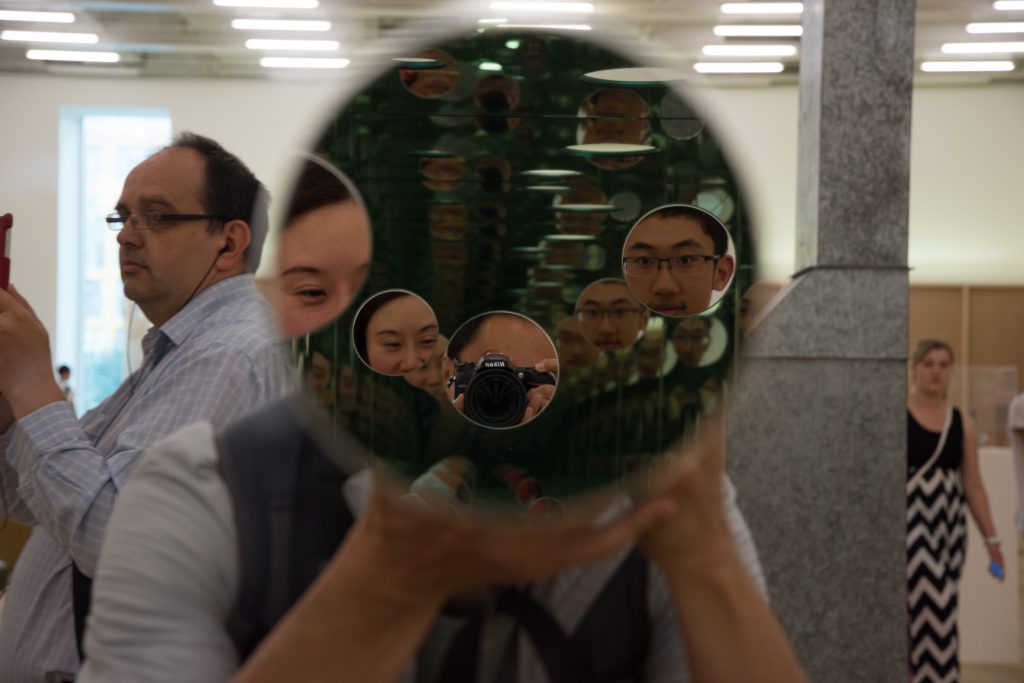 Museum life through the lens. Image by Kyun Ngui. 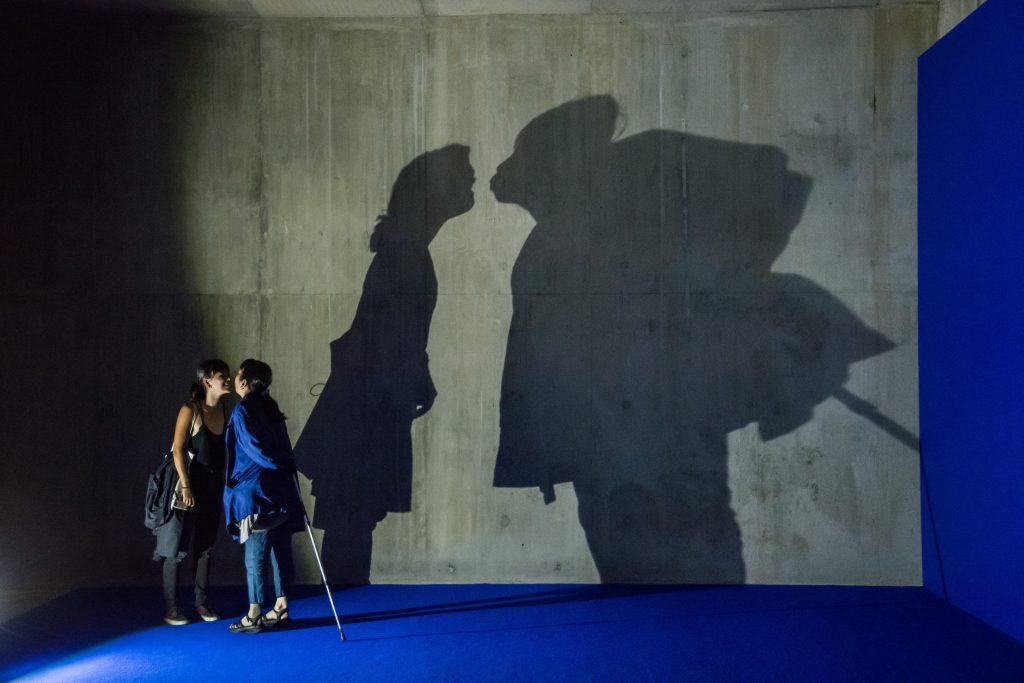 For the theme, I decided to focus on museums. Many tourists make it a point to visit museums when they visit a city. I thought it would be interesting to document how visitors – tourists and locals – interact with exhibits in museums. In a sense, this was me documenting their response to the city and in doing so, it also became my response to the city.

I initially started photographing both museum spaces and people in museums, but through the many review and feedback sessions, we narrowed and sharpened the focus to people interacting with exhibits in museums, with two separate but complementary strands: a straightforward documentary viewpoint and my own unique viewpoint of visual puns. Once this was established, it became a matter of spending time at certain exhibits, refining my idea and getting a more ‘developed’ photograph. Visitors connection with art at the National Gallery. Image by Sandro Georgi. 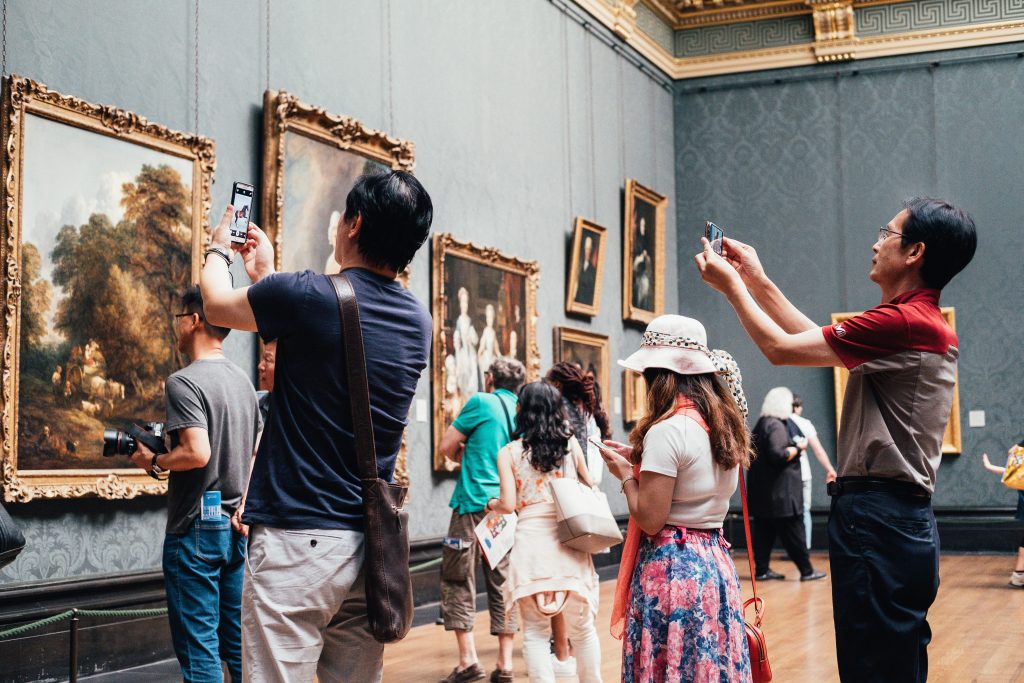 The final idea was sparked by a remark from Stuart Franklin on how little time people spend with art and that they just snap a picture and hurry on instead of looking at it properly. I started observing people in different museums and how they are more occupied using their phones and cameras than looking at the objects on display. The visitors certainly provided some very curious and sometimes amusing moments, while at the same time providing a lot of food for thought on our relationship with art, social networks and the way we present ourselves to others (snap a picture, put it online, been there, done that!). 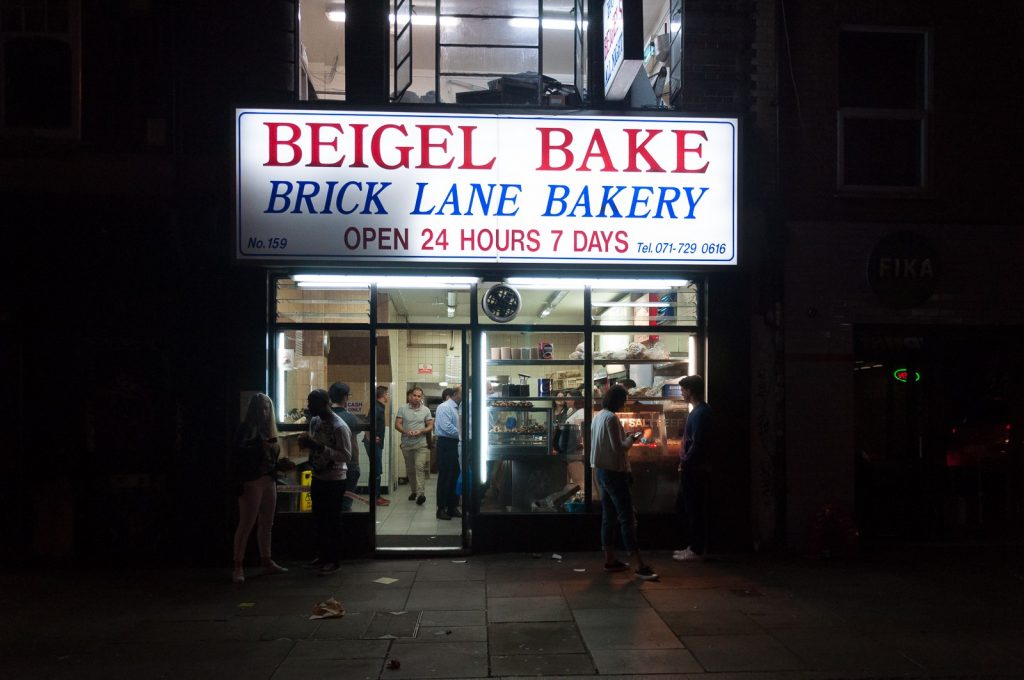 I started doing my project in a 24 hour Bagel Shop in Brick Lane. At first it was really difficult to work inside the place and I didn’t know if the project was going to have an interesting point, but I kept going and started doing portraits of people that came into the shop at different hours. Within the small space of an East London bagel shop, I started seeing the great diversity that exists in this city. 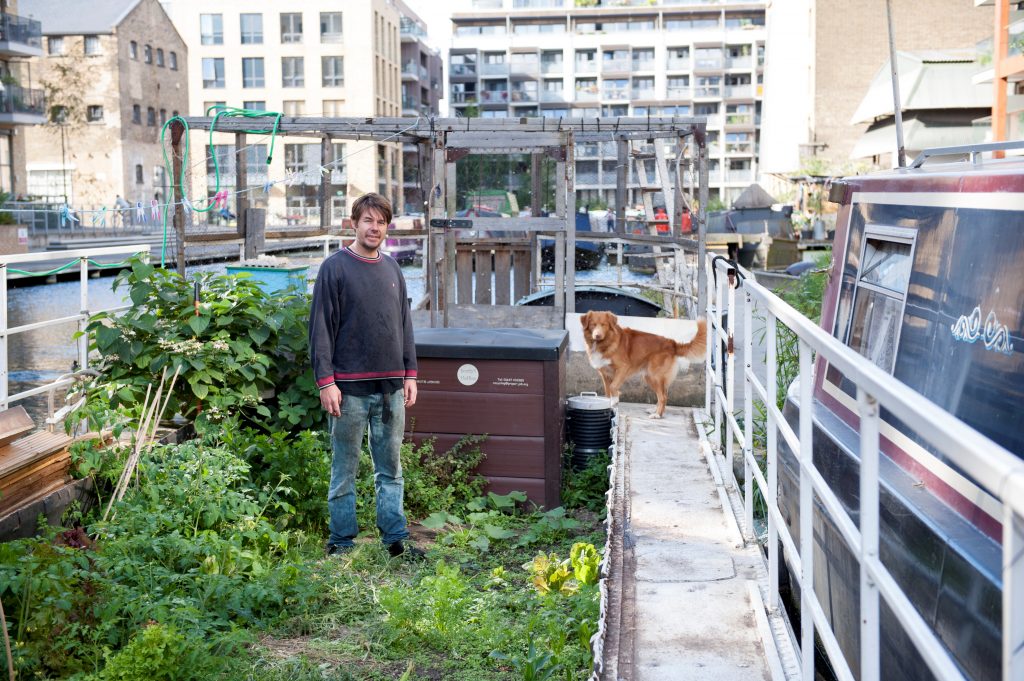 Terry with his dog Manny on their houseboat on the Regents Canal. All 30 residents living on the boats share the gardens. Image by Mary Frances Scott. Gill in her house slippers with a cup of tea in Camberwell. Image by Mary Frances Scott.

Gardens are special places where nature and civilization merge. For centuries, they have provided shade, tranquility, food and a space for retreat. These portraits show Londoners in their unique gardens, designed for the physical and spiritual spaces they inhabit.

Get in touch with LCC Short Courses