MA Screenwriting // From LCC to the BBC

MA Screenwriting at LCC is one of the UK’s leading film and TV scripting courses with a strong reputation in the industry. Its graduates have won numerous UK and international awards, led major film projects and are writing for a wide range of programmes currently being screened on UK television. An amazing number of alumni from this course have gone on to work for one of those programmes – BBC One’s Doctors.

We caught up with three of them to find out a little bit about their lives after LCC, and the realities of working as a professional screenwriter.

I did the MA in Screenwriting at LCC nearly twenty years ago. I’d always wanted to write but couldn’t see a way of making a living from it so I got a proper job and hoped the urge would go away. It didn’t. It wasn’t quite as strong as the urge to make enough money to eat and drink and go to Glastonbury, but close. So I did the MA and wrote my film script. Set at Glastonbury. And amazingly, I got an agent.

That’s what the course will do – put you in touch with people who can help get your words up on screen. My agent got me work in television.

Amongst other shows, I wrote more than twenty episodes of Eastenders before getting onto the BBC Writers’ Academy taught by John Yorke (then head of BBC Continuing Drama and since, author of Into the Woods: How Stories Work and Why We Tell Them) and spending time writing all the BBC continuing dramas – Casualty, Holby City and especially Doctors – I’ve written nearly fifty episodes. And it all started at LCC.

LCC is somewhere I’m always happy to come back to and run the sort of workshops that got my own career started, hoping they’ll do the same for each new generation of screenwriters. 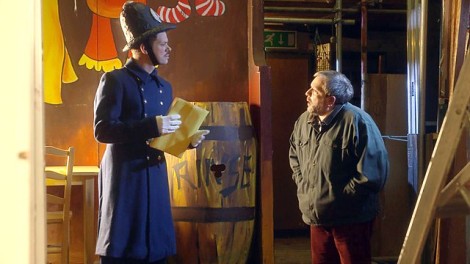 I started LCC’s Screenwriting MA in 2004, and in 2007 I began writing for BBC One’s Doctors. Subsequent commissions were quite sporadic at first, but in 2012, I became a ‘core’ or contracted writer for the series, which allowed me to write full-time. Although the MA didn’t directly lead to the opportunity on Doctors, I doubt that I would have become one of its regular writers without the understanding and discipline I’d gained from the course.

Through the MA’s workshopping process, I became accustomed to gaining feedback on my work, and improving it over several drafts. It’s an ideal apprenticeship for a writer, and though there are some industry-based schemes which aim to foster new talent, the industry doesn’t have the time or resources to train writers with the necessary patience and dedication. The MA at LCC allows you to make mistakes and learn from them in an enjoyable, nurturing environment.

What qualities do you need to be a professional scriptwriter? First and foremost: perseverance. There are few overnight successes. You also need a bit of luck. There are many wonderfully talented writers who have never been given that initial, decisive break. To be told that luck plays an important role is unhelpful, but I think that with enough hard work and perseverance, this luck tends to arrive, eventually.

For the most part, writers spend their working lives alone, dreaming up characters and stories and attempting to engage with life at a heightened level. They need to say something worth saying about the wider world (a world of relationships and conflicts that people with ‘normal’, sociable jobs have much better access to). For this reason, I think it’s useful to have quite a bit of life experience (not least, doing other jobs) before writing full-time.

When you do get paid to write scripts (which are turned into television drama by a small army of talented, hard-working people), it’s a huge privilege. One of the great things about writing for Doctors is that the process can be very quick. If your story idea is accepted for a commissioning round, you can be watching it on telly just a few months later.

Because Doctors isn’t a pure soap, and most episodes have a ‘story of the day’, the writer has a lot of freedom. While the show’s regular characters are well-established, the tone and genre of each guest story is quite fluid. A ‘typical’ week of Doctors might offer a gritty police procedural, a bedroom farce, a rites of passage drama, a black comedy, and even a supernatural thriller. 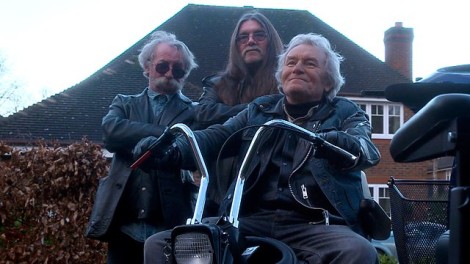 I graduated from what was then the London College of Printing’s Screenwriting MA in 2000 – the same year as Kelly Marshall, the current Course Leader. At that time Phil Parker ran the course out of the Back Hill site. I loved the course – in fact it was the highlight of my week. It confirmed for me that I wanted to make a career as a screenwriter and that I did have some talent. I also made friends for life.

The short film I wrote in my first term was made in 2000. Since then several of my short scripts have been made. One of these, the award winning Mercy, was picked up by director, Candida-Scott Knight from the LCP short film database and was finally produced in 2004.

In 2003 the script for my final project, a 3 part comedy drama, won me a place on a writers’ scheme at BBC Wales. Ruth Jones of ‘Gavin & Stacy’ and ‘Stella’ fame was one of the other participants. As part of the scheme I wrote a 15 minute radio play that was broadcast on Radio 4. I also wrote a trial script for Doctors, which was how I started writing for the show.

My first episode was broadcast in 2005. Initially I wrote 2-3 episodes a year then in 2012 I became a contract writer. I now write around 7 episodes a year. I write other material too but getting original projects off the ground is tough, even with a track record in TV.

For me, making a living as a screenwriter was a slow process. In the early days I was able to combine screenwriting with my career as a freelance multimedia designer. In my experience you need to be patient, thick skinned, collaborative and prolific. Expect failure, expect knockbacks and disappointments but keep going!

Find out more about MA Screenwriting