Monica Reyes, a graduate of MA Publishing at LCC, was especially happy to see Anuradha Roy’s Sleeping on Jupiter on the Man Booker Prize longlist this year after designing its cover for publishers MacLehose Press.

We caught up with Monica to find about more about the inspiration behind her eye-catching design and her tips for freelance success.

When were you commissioned to design the cover of Sleeping on Jupiter, and what was the brief?

I’ve been working as a freelance designer for MacLehose Press for the last six years, working closely with Christopher MacLehose and Paul Engles.

This time Mr. MacLehose asked me to produce a cover for Sleeping on Jupiter with a specific idea in mind based on a photograph of an eclipse. We worked on different options but it didn’t feel right, so I decided to start from scratch and take another approach.

Describe the creative process that led to the final design. What did you want to communicate about the book?

“Maybe I went too wild, but I like it, I made it with floating ink,” I said to Mr. MacLehose in an email with a couple of images. The reply was, “It’s ravishing!” So I knew that I was on the right track. The book was going to be call Rag Doll in the Fire and later on they decided to change it to Sleeping on Jupiter. 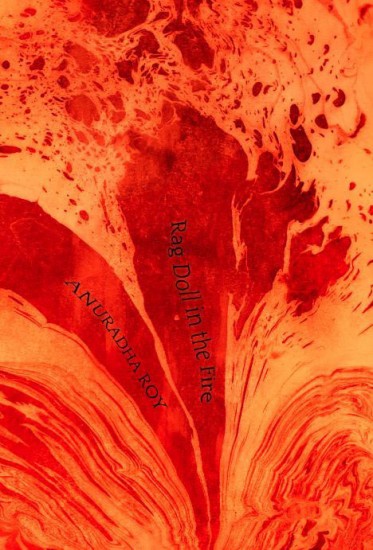 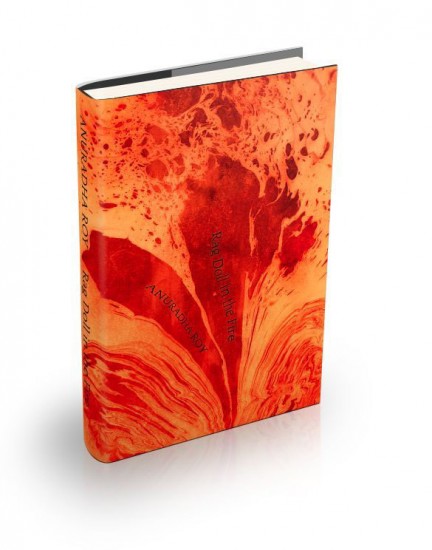 I didn’t want to fall into Indian clichés for the cover, so I gave it a lot of thought before I decided to use images from a personal project that I had just started working on, and that I’m still developing for an art exhibition.

The two projects didn’t have anything to do with one another but I see it as a meaningful coincidence. There was no causal relationship, yet they seemed to be meaningfully related.

I thought the turbulent and rustic images fitted perfectly with the book because they relate to many of its themes: it is a violent story, set in a village, in which a girl is abused by her guru.

There’s also a nice image where she finds the guru standing in the sea a hundred yards or so from the beach on which much of the novel takes place, so the sea in my mind appeared with waves rolling in towards the beach, lit up by the sun. 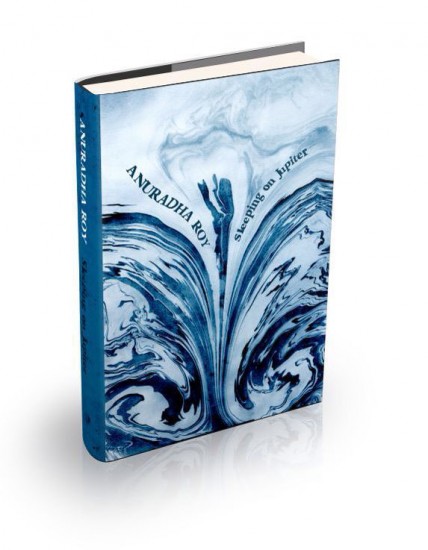 You have designed a wide range of book covers – which have been the most challenging, or rewarding? Why?

For almost six years now, I’ve been designing book covers, always trying to bring into play the joint power of poetry and grace, while trying to get a glimpse into the author’s mind and to do my best to find the core of the soul of their work.

The authors very often write to say how well they feel I have captured the essence of their novel and I’m always pleased to hear how fond they are of the cover. This is the most rewarding part of it.

I love to be part of the process of publishing their books. It is a wonderful job, especially when you get to work with people that always aim for excellence.

What advice would you give to an LCC graduate hoping for a successful freelance career?

Studying at LCC gave me a lot of great opportunities to get into publishing, including a work placement at Penguin Books! I don’t think it can get better than that, that’s the top of the top in publishing.

So if you are studying at LCC you’re on the right track – just take advantage of all the opportunities that UAL offers, use your time there wisely and network. Once you’re done there, go for it!

There’s a lot of doubt about freelance life but once you are past the initial phase, it’s worth it. My priority is to find things to do that allow me to expand and grow. I avoid sedentary and routine jobs, or those where you are limited by the authority of others.

L’etranger by Camus. I don’t think any of the covers that exist for that book actually reflect the depth and intensity that is within.

I recently came back to [Colombia], after living for almost two years in China. That was a great chance to get a wider perspective on the world and the publishing industry, as well as having the chance to travel through Asia.

Now, I’m excited to see what’s coming in this new chapter of my life. I love books so I’m sure I will continue working with them. The cover of Sleeping on Jupiter has received a lot of great reviews and that encourages me to keep working hard, so I look forward to having more great books to work with.

I’m also teaching at one of the best universities in Colombia and I’m loving it. Plus, I’m working right now on an art project which I’m very excited about, and I’m looking forward to having it exhibited.