Max Houghton, Course Leader for LCC’s MA Photojournalism and Documentary Photography course, has collaborated with a number of LCC graduates and students on her co-published new book – celebrating a group of talented female photographers.

‘Firecrackers: Female Photographers Now’, made with Firecracker founder Fiona Rogers, shows as much diversity as the women who made it. Published by Thames and Hudson, there are stories of human rights, love, loneliness, identity, journeys, political disappearance, self-harm, memory, loss, wonder and war. Each body of work was selected for the freshness of its approach; finding new ways to tell stories.

The photographic industry employs thousands of women, but champions mostly men. To begin to redress the balance, ‘Fireworks: Female Photographers Now’ offers a timely presentation of the work of over 30 young female photographers working today.

Hi Max, congratulations on the launch of ‘Firecrackers: Female Photographers Now’. What was the inspiration behind the book?

Fiona Rogers started the Firecracker platform for female photographers four years ago. She is the global development manager at Magnum Photos, which is a wonderful, but predominantly male, organisation. She saw all this extraordinary work by women and felt it needed closer attention. I was editing 8 Magazine at the time and we were based just across Old St from Magnum. Fiona invited me to guest-edit a Firecracker monthly feature, and I chose to write about the work of Samar Hazboun, who had made a series called Hush, on gender-based violence in Palestine.

“It’s men who are predominantly given solo shows at the big museums or are the subject of monographs or whose work is collected.” – Max Houghton

Though it wasn’t my brief, I felt it necessary to write about work only a woman could make for my first contribution. It really made me think about the importance of acknowledging work by women. Firecracker received huge interest – Fiona is very well liked and respected in the photography world, and the work she was showcasing was brilliant. That’s the basis of it: fantastic, world-class work. Andrew Sanigar, the commissioning editor at Thames and Hudson was interested in a book version, and they invited me to come on board as co-author. 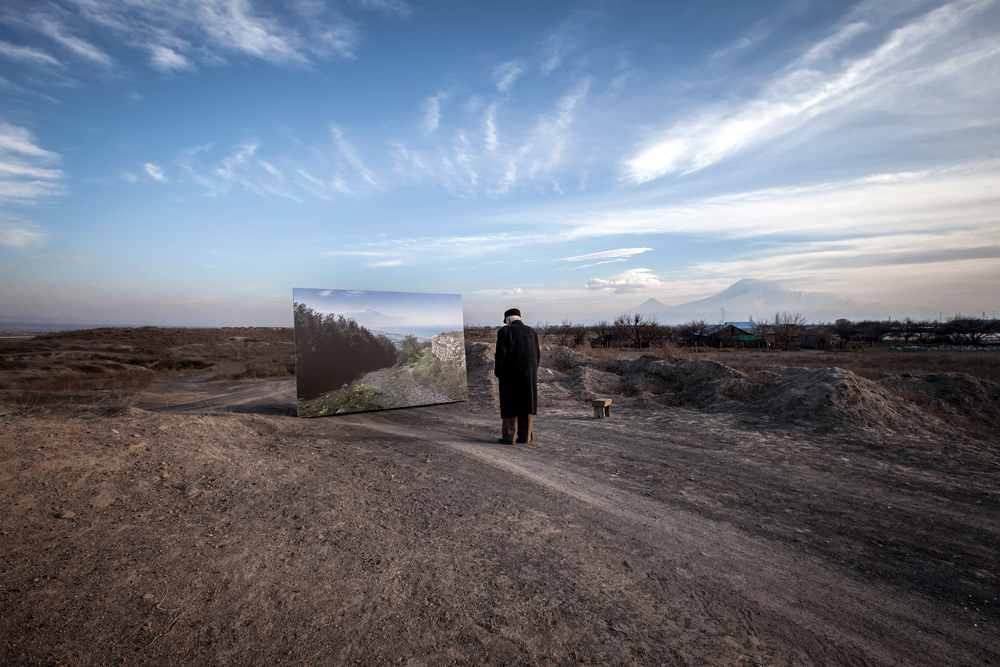 Why do you feel it is important to showcase a collection of work by female photographers?

Mainly because it’s such powerful, eloquent and intelligent work. Also because, although the world of photography is probably populated by as many women as men, the opportunities are different. It’s men who are predominantly given solo shows at the big museums or are the subject of monographs or whose work is collected. It’s obviously not because men are more talented. It’s much easier for men to pursue a career – in any industry – in a very single-minded way, whereas often women find themselves serving as midwives, instead of harnessing their own creativity.

It’s about time, confidence, and the way society is structured. If a man has decided to be a photographer, then it is also automatically considered a ‘career’, whereas I have noticed women are less likely to assume success might be within their grasp. Ambition can sometimes be rewarded over talent. And so, we become used to seeing the world through men’s eyes, we don’t always even notice.

“Overall, we are happy with the breadth and scope of the work, but could have filled the book three times over, and of course there are omissions. We’d be only too delighted to make Firecrackers II, III and so on!” – Max Houghton 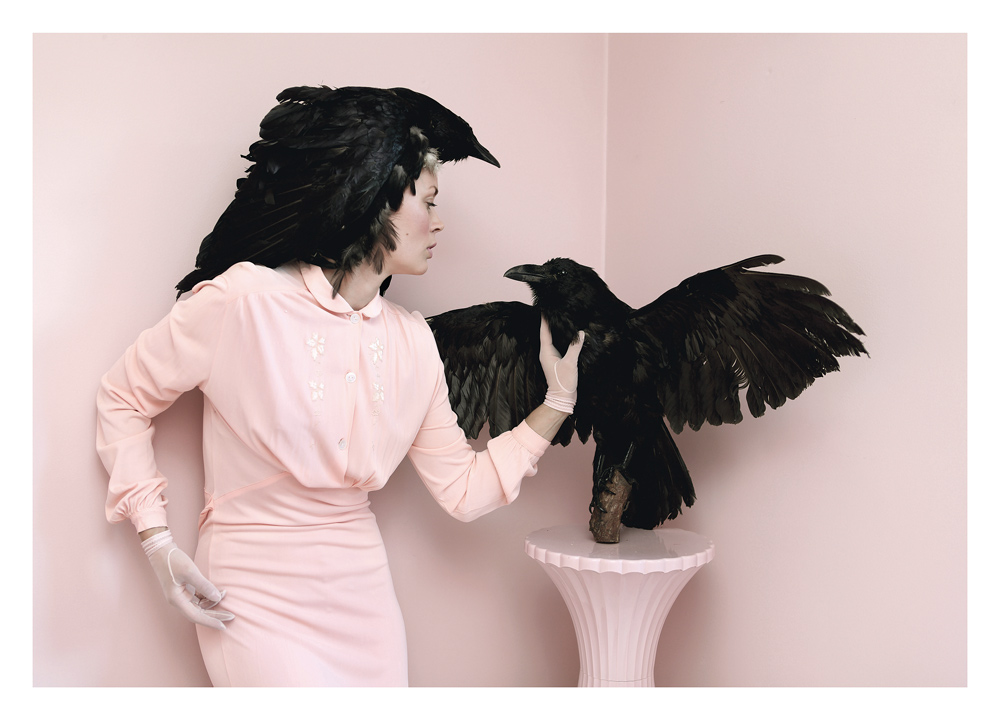 What was the process of curating this collection?

There were probably about fifteen photographers who Fiona and I knew would be in the book, almost without debate, then we went hunting. Firecracker had originally been a European platform, but we all wanted the book to be as global as possible, so we looked for fresh work such as from Ethiopia, China and Australia.

Fiona and I both have our roots in documentary photography, so people like Chloe Dewe Mathews or Anastasia Taylor Lind were in immediately, but we also wanted to showcase other dazzling work, like that of Juno Calypso, or Anja Niemi. We also wanted to show work we thought people might not know about at all, like that of Behnaz Babazadeh, an Afghan-American photographer, or Yunya Yin, who is Chinese, and has only just graduated LCC , but whose exquisite images have captured so many people’s imagination.

Overall, we are happy with the breadth and scope of the work, but could have filled the book three times over, and of course there are omissions. We’d be only too delighted to make Firecrackers II, III and so on!

‘God Made Woman Then He Jerked’ 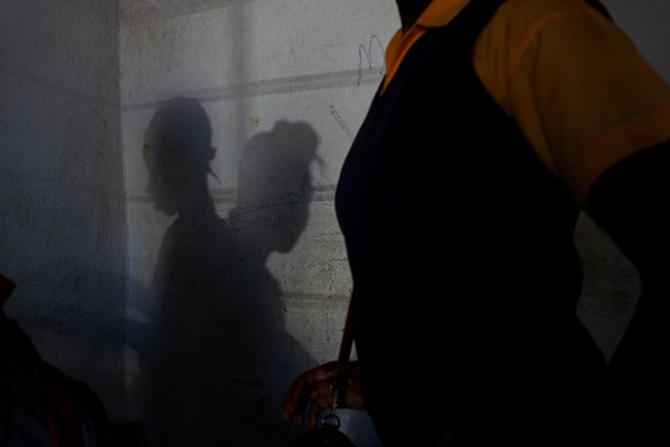 Photo by Magdalena Rakita. Take in Monrovia, Liberia in April 2013. Class in the school attended by most of the girls with scholarship provided by More Than Me. Organisation was at that time in the process of renovating building for their own academy which will provide primary education for about 240 girls.

As Liberia celebrated its 10th anniversary of peace in summer 2013, and with a woman occupying its highest political office, LCC graduate Magdalena was keen to explore the lived experience of a post-war generation of girls growing up among a war-scarred population. While Magdalena specifically focused on girls living in West Point, the problems they face are typical for the majority of urban dwellers. Despite the presence of some high-profile female figures in Liberian politics, the everyday realities and opportunities are very different for the majority of women.

“I am thrilled to see the work included in such an inspirational publication. It is important to me as a story teller to make sure it reaches as many people as possible. I also hope the book will encourage more female photographers , artists and storytellers to pursue stories close to their hearts,” Magdalena told us. 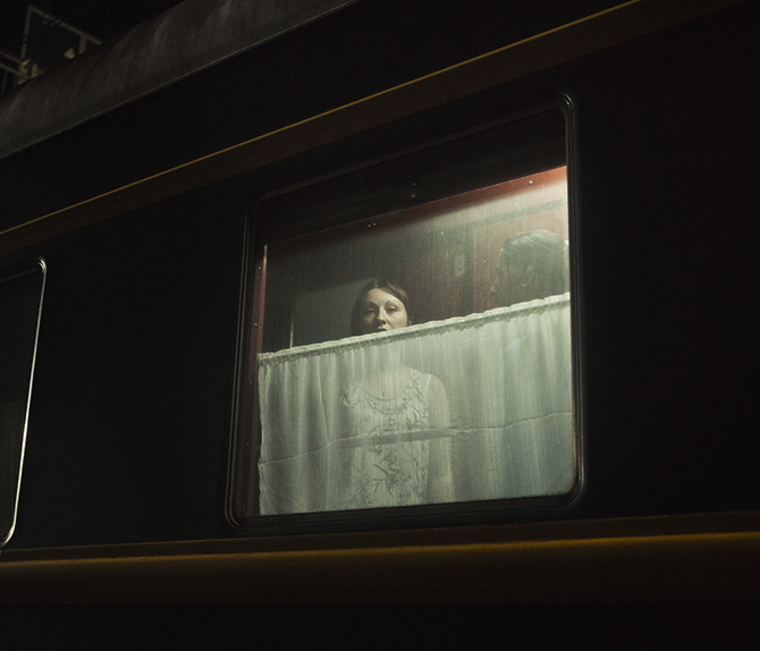 In the summer of 2015, LCC grad Yunya took a journey on the Trans-Siberian Railway. The train took 126 hours starting in Beijing, going through Siberia and finally ending in Moscow. For a long time Russia has used the district of Siberia as a place of exile for criminals and political prisoners, due to its abominable natural conditions. Yunya defined her experience as a “timeless journey”, attributing an unregulated feel to her images. The project explores the relationship between time and space, humans and their environments.Yunya said: “The idea came with curiosity of Russia and Mongolia, as I have been noticed that both of them are considered as parts of ancient China. I was inspired by religious portraits of the Renaissance and photographic attitude of some Japanese artist like Nojima Yasuzo. The work combines eastern thinking and western aesthetics. Similar to a dreamlike state I provide the viewer with scattered fragments, giving them the power to try and make sense of my images in their own way.

“I am most appreciative to have such a powerful tutor, Max, who gave huge helpful ideas during my MA studying. It was great pleasure to be featured in the book. I hope the book will be widely read, especially by those interested in photography or photographic study. It would be a great help to understand the contemporary photography and support women of the art industry.”

“I am thrilled to see the work included in such inspirational publication. It is important to me as a story teller to make sure it reaches as many people as possible” – Magdalena Rakita

Since the time of the Ottoman Empire, Istanbul has been a very important city for aviculture. The city’s geographical location for bird migration has led to the establishment of a huge culture devoted to birds and their care. Many diverse social platforms exist devoted to the keeping and breeding of birds. Today this culture is in danger keeping songbirds such as goldfinches and greenfinches in particular may soon vanish due to the Turkey’s adaptation to criteria for European Union candidacy. Cemre’s work has the birdmen of Istanbul as her focal point and explores the shrouded relationship between the bird and the birdman.

“I consider the platform of Firecracker’s as highly valuable. Fiona has provided an alternative voice for female photographers for years. Being amongst the amazing photographers that are featured in this book is very precious to me. I believe that Fiona Rogers in collaboration with Max Houghton made an amazing body of work with this book which I feel very proud of,” Cemre told us.