As part of a now annual tradition for the course where students embark on a field trip and take part in a festival or conference around the world, 16 students exhibited work across installation, film and objects in the festival’s Creativity, Technology and Business Marketlab alongside other universities and organisations across Europe.

“This is a great opportunity for the students to engage with their peers and future colleagues and collaborators in discussion about their work and ideas,” said MA Interaction Design Communication Course Leader Tobias Revell. 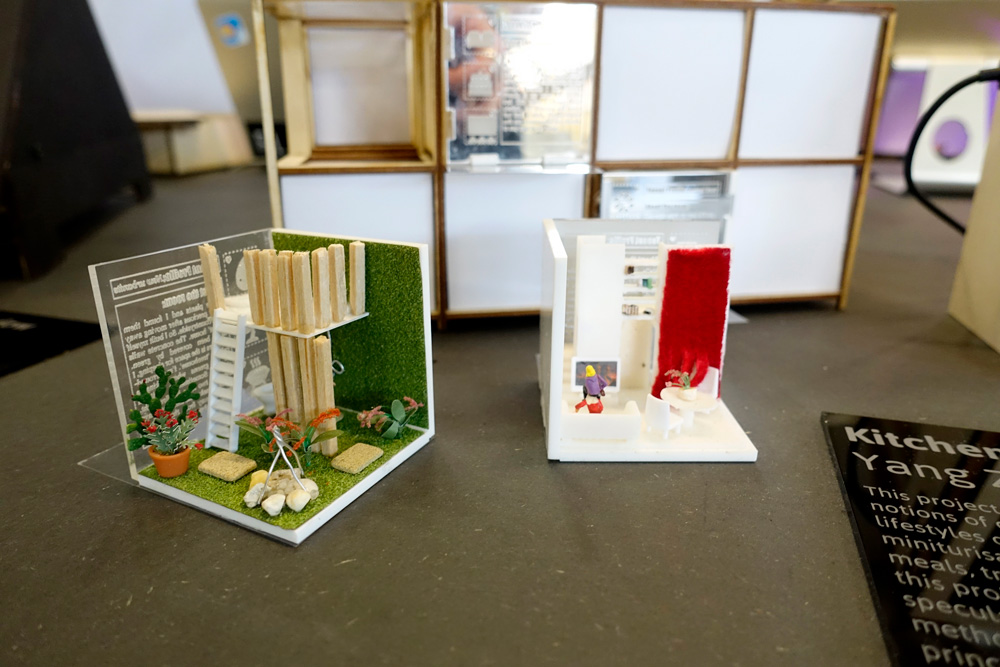 Yang’s future home series explores models of a home in which the kitchen is no longer the centre of life. She presented an architectural model of different home units as well as a series of short design fiction films documenting life in the home without kitchens and what kind of activities and scenarios occur. Photograph credit: Tobias Revell

“It’s also a way of exploring one of the courses principles of ‘practicing in public’ – keeping the studio open to the world and in constant dialogue with what is happening in the field… It gives us a chance to gauge our thinking and practice against what’s going on out there and to develop the subject in our own terms.”

The trip to Sonar+D – which describes itself as an ‘international congress that explores how creativity is changing our present and imagining new futures, in collaboration with researchers, innovators and business leaders’ – follows last year’s trip to Ars Electronica, where students will once again be headed this coming September.

“Sonar+D was an unusual choice (the students researched, nominated and voted on field trip destinations) being predominantly a music festival executed at a massive scale, but we were given the opportunity to exhibit projects in the Creativity, Technology and Business Marketlab next to other Catalan universities including IAAC, IED Barcelona and Elisava as well as organisations like Tactical Tech and Playtronica,” added Course Leader Tobias.

“The diversity of projects we brought from two of our briefs – NeoTribes and Other Machines – generated quite a bit of public interest, especially as students were working up these prototypes to final stages giving them a great opportunity to engage in critical discussions about future directions for their work.” 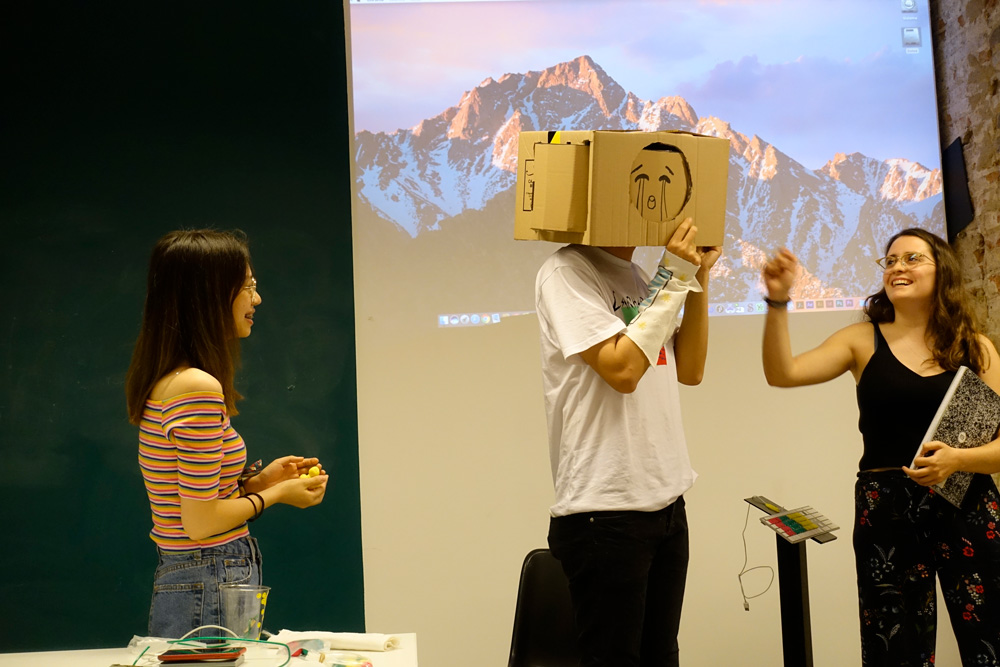 While in Barcelona, staff and students also visited to BAU, who the course has a growing partnership with. “We ran a short speculative design workshop looking at futures of identity, which was especially interesting in the context of such a diverse group of students from across the world,” said Tobias.

“The outcomes included a world underwater where people have adapted to living in sea water, a currency based on gift giving and a world where identity is tied to emotional gauges.

“Finally, of course, we all took time to enjoy the sights, sound, food and drink of Barcelona – as well as the music and performances of Sonar+D.” 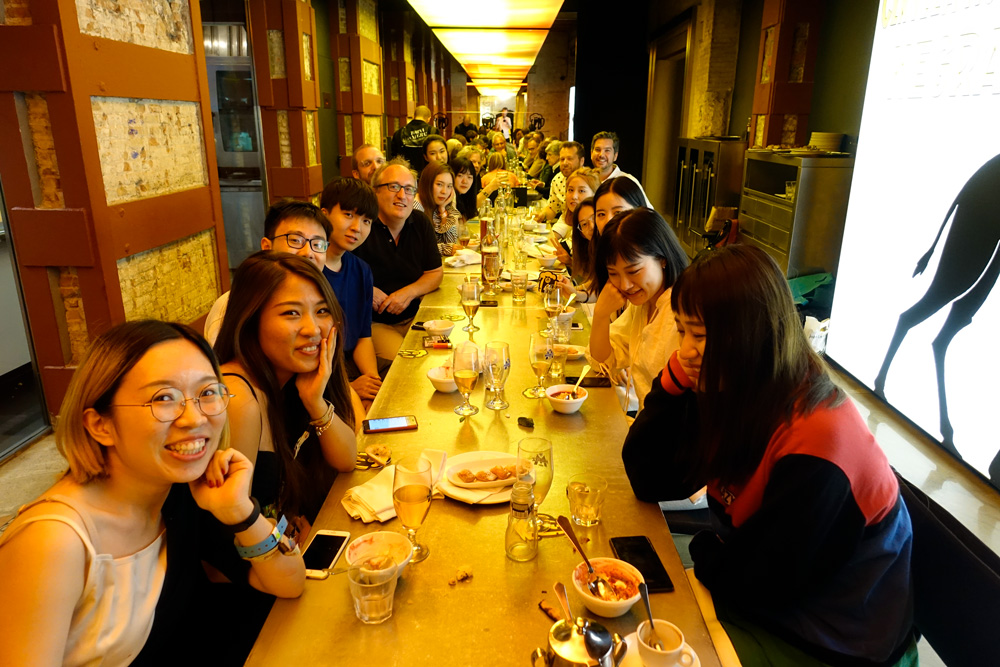 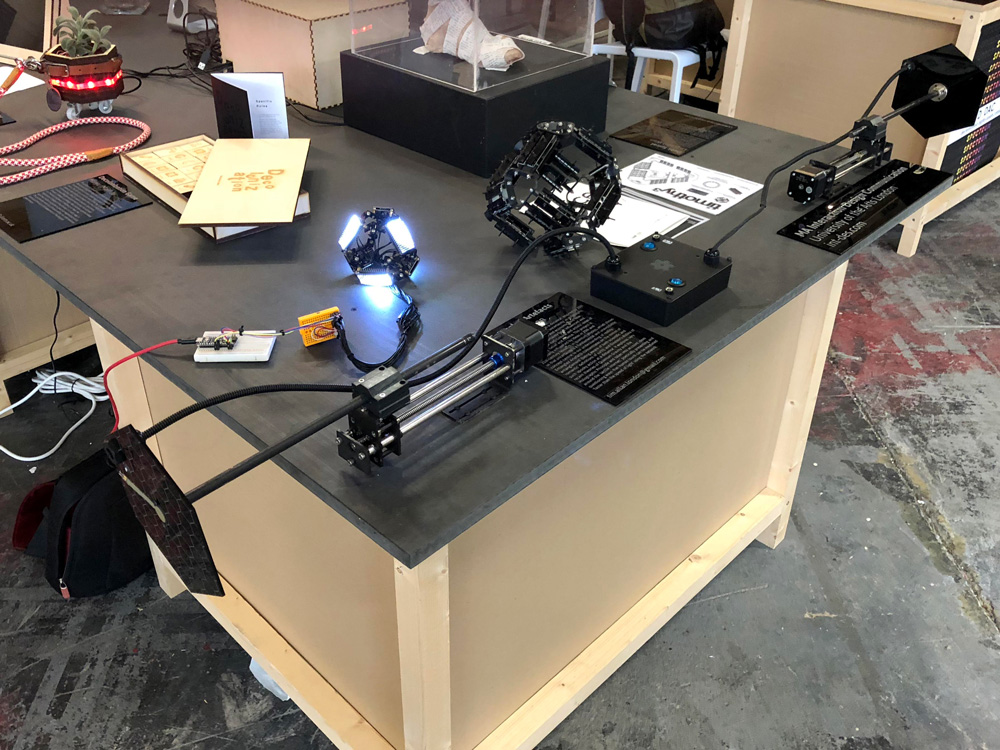 Timothy Allen’s Entangled Artefacts presents an early prototype of two haptic devices that respond to pushing and pulling from different places, creating a sense of proximity and presence over distance. One person stands at one end and pushes and another at the other and can push back. Photograph credit: Timothy Allen 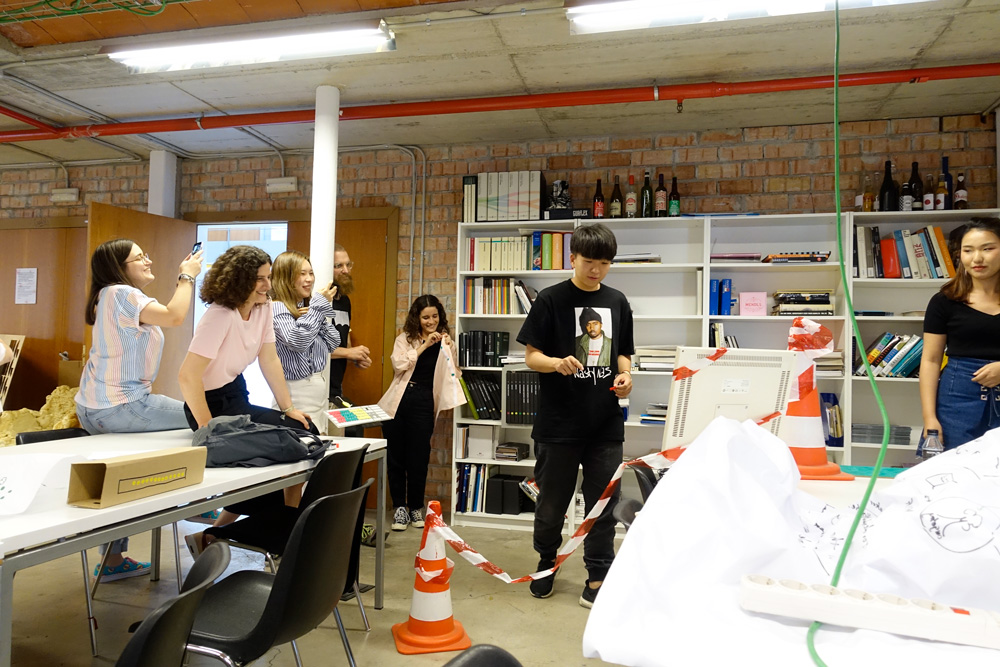 Find out more about Sonar+D.