Students from London College of Communication’s MA Interaction Design Communication course collaborated to produce a range of projects as part of the V&A’s Friday Lates.

Thirty nine students took part in the V&A’s ‘Systems and Secrets’ in January 2018, splitting into 5 groups over the course of the 3-week project – creating everything from a casino game to detect lying through body language to a futuristic interface that building shapes and sounds by interacting with physical blocks.

Through taking part in the collaborative project, students gained key industry and client insights and the experience of working with an internationally-renowned museum. 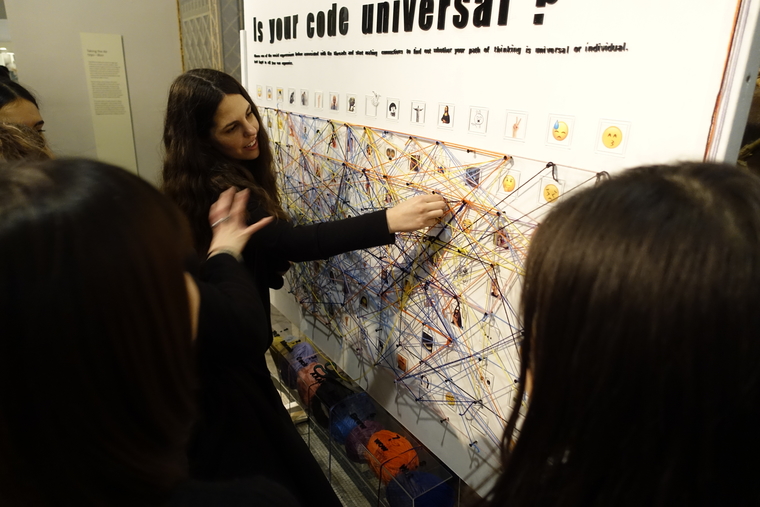 “The project ran as a 3-week intensive with the briefing taking place at the beginning of January 2018. This meant the teams had to be effective and disciplined with managing their times and resources, dividing up tasks based on skillsets and establishing plans and schedules,” said Course Leader Tobias Revell.

“For students who have little or no experience in industry or with client projects this is an invaluable set of skills gained through experience. Additionally, the V&A Lates’ wide public audience means the students have to reconcile high-concept, intellectual ideas with the need to communication quickly and effectively to people who are curious but may be unfamiliar with some of the concepts in the group.” 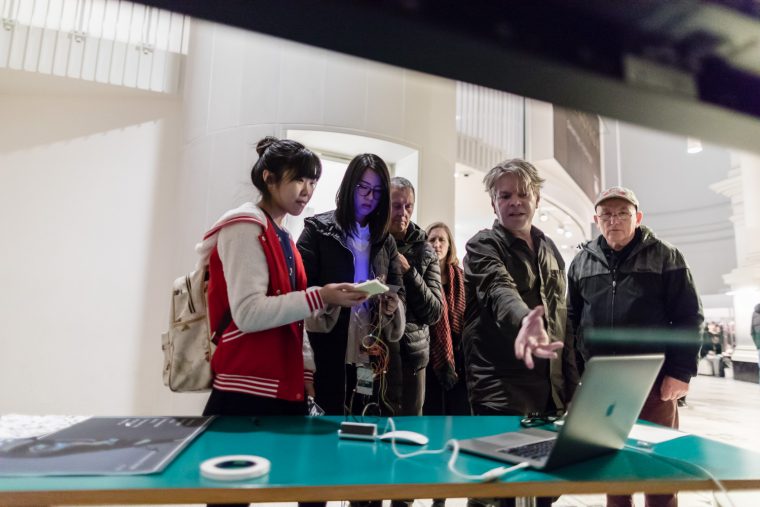 Image by Hydar Dewachi via V&A

Each of these sub-themes presented a different nuance on the overall themes but were still open-ended enough to allow for some interesting exploration. The universal group created two projects – one of them based around facial recognition technology and exploring the structure of software used in the near ubiquitous technology and the other looking at semiotics of emotions.

For this second project, the audience were invited to use thread to draw connections between memes and emojis on a board.

The secret group created a casino game ‘Liar Liar’ that asked the audience to challenge each other to tell and detect lies by giving the contestants cues on how to detect lying through body language. The algorithmic group created a futuristic interface that allowed the audience to build generative shapes and sounds by interacting with physical blocks.

This project was technically complex but aimed at being playful and fun for the audience – allowing for exploration of various constraints that weren’t explicit in the design and allowing discussion about generative digital design.

The mystical group researched alchemic symbols as a metaphor for science and the magical. They created an interactive sculpture that engaged the audience in scientific language and the mystical symbology of alchemy. Image by Hydar Dewachi via V&A

The unknown group created a project exploring constellation and their symbology. Their project allowed the audience to find and construct their own constellations on a physical grid.

“As a ‘pop-up’ event with an audience of thousands this creates a unique set of challenges for the way students think about both interaction and communication as well as the technicalities and material requirements of the work they have to show; the projects had to be robust enough to withstand hundreds of interactions but also transportable and quick to set up,”said Course Leader Tobias Revell. 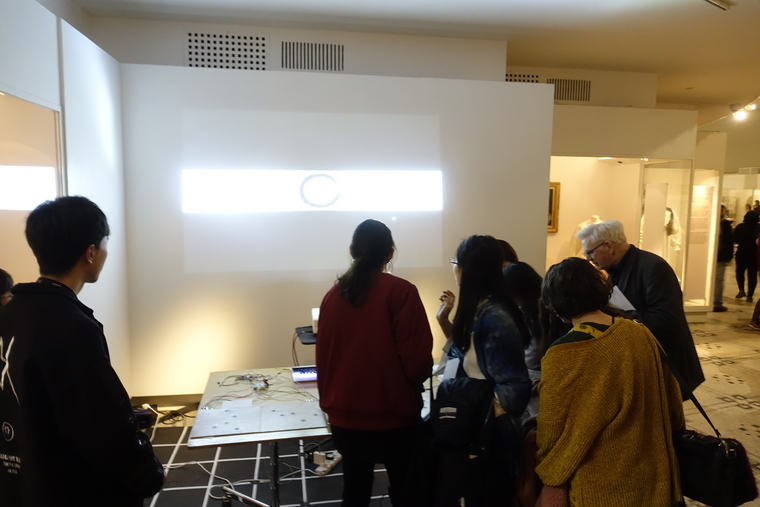 “This project, though short and intense, opens up the students and the course to public discourse. This is something embedded in the fabric of MA Interaction Design Communication, whether through exhibitions like this or the Ars Electronica show of summer 2017 or publications like Tangible Evidence.”

The project was part-funded by the LCC Student Engagement and Enhancement Fund and the V&A.

Find out more about the V&A Friday Lates.