Carlos, originally from Salamanca in Spain, took up architecture and graphic design before moving to London to begin studying at LCC. Developing his practice under the name of c31913, Carlos has been published by Gestalten and Princeton Architectural Press, and in magazines such as Design Observer, Diseña UC, Manila Review and Fast Company.

Co-founder of the magazine Cuarto: Architecture Playground and of the publishing house Pupa Press, he is currently conducting the research project ‘Expanding the Field of Architectural Publishing’ (EF-AP), whilst at LCC.

EF—AP  is an open platform project by Carlos that helps to promote discourse on architectural publishing. It aims to gather an array of practices and views about the discipline that push forward its boundaries and establish discussions.

Can you tell us about your ongoing research project EF-AP?

EF—AP invites to a general reflection on the various roles of architectural discourse, publishing, and graphic design, with an aim of expanding the contexts where architectural publications are relevant tools for the development of social debate. 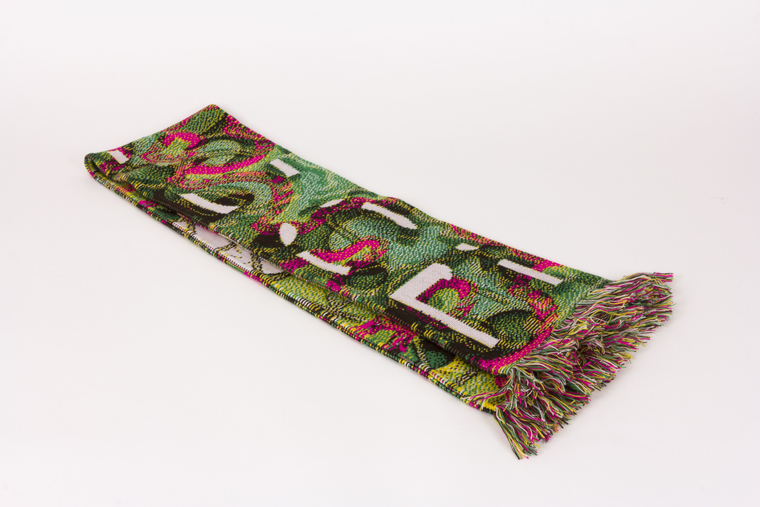 Can you tell us about your project and the processes involved?

My project looks for opportunities that can lead to new understandings of what an architectural publication is. If I were to highlight one aspect within the research project, I think the methodology of speculation is the most interesting part. I see speculations as tools that allow designers to postpone and negotiate the knowledge that comes from their work.

Speculative design allows users to create relational frameworks that support association of concepts, and the analysis of its outcomes comes after their production. It opens many discussions around assumptions we have about authorship, authenticity and legitimacy of works. At the same time, it welcomes many more agents into the creation of knowledge, as it is not creating authoritarian truths, but rather objects to discuss about.

“LCC has given me the space and time to undertake a research project that otherwise wouldn’t have been possible.” – Carlos Romo Melgar

It is interesting how speculations have allowed me to push the research to environments I wasn’t expecting, and also qualifying the insights of the research through conversations with peers, activated by the reading of these speculations.

What are the four publications about?

The four publications are speculations that set a series of goals of different ways of understanding the expanded field of architectural publishing. They focus on different areas of expansion: through the format, audience, discourse or through the actors.

They can be seen as independent experiments, since they address different audiences and levels of discourse. At the same time they are critically enquiring the field of architectural publishing, that is very much parochial and closed to insiders. 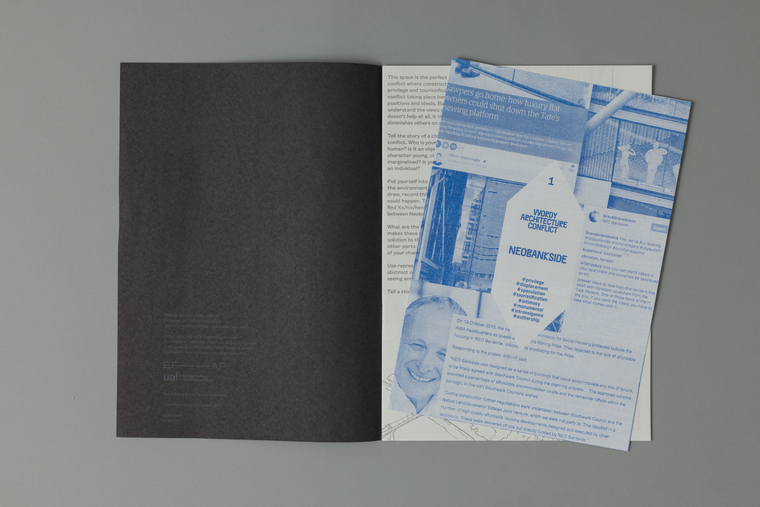 Was it as well received as you had hoped?

Yes, it was a great opportunity to share some research insights and to refine the potential audience of my project. I had the chance to rehearse ‘Publishing Interactions’ with many different people that were interested in totally different aspects of my work; some of them were very interested in the production qualities of the work, others in design particularities and others just felt welcome to discuss their doubts about architectural publishing.

I particularly enjoyed that last kind, since they are these ‘new public’s’ that I mention. My project has a lot to do with the unexplored, unspoken and untreated environments for architectural publishing.

How long has this research been in the making?

I have been exploring the relationship between architecture and design for a long time. My thesis project in Architecture, ‘Hybrids for Tetuán’s Northern Ledge Regeneration’, was focused on an architectural-driven output and discussed many design related implications.

In 2013, I worked with Lydia Blasco and other peers from architecture school on a magazine called Cuarto: Architecture Playground, where we discuss the relationships of architecture with its adjacent fields. In it we encourage external peers to participate with the creation of architectural discourse.

“My project looks for opportunities that can lead to new understandings of what an architectural publication is.” – Carlos Romo Melgar

EF—AP came out quite naturally after the previous experiences. It got its name probably at some point last January, but to me it feels like closing a cycle: starting studying architecture and looking at it from a design perspective, and now doing not exactly the opposite, but somehow trying to bring my architectural background into the design school. What was the highlight of the exhibition?

I think the opportunity to make public an ongoing research with such a diverse audience it’s the highlight of the fair. It is not as niche-oriented as a show or a book, that have prescribed audiences and places where they circulate. The event is open and free, it has many visitors with very different backgrounds, so it is the best environment to discover unexpected connections and publics.

What was the most challenging aspect of putting this together?

Probably the production of all the elements was the most challenging part. It was a very short amount of time, and my application was very much speculative at that point, as I was submitting initial stages of my research. That challenge helped me a lot to develop the different experiments, and allowed me to test some of my research implications in a real setting.

Are you working on any other exciting projects and what is next for you?

Yes, I’m doing the third issue of the magazine Cuarto, and thinking ways of extending the life of my research project outside the academic environment, through its dissemination but also engaging with further speculations and discussions. So far I’m preparing a small publication about the unspoken use of places with a curator from New York, that I hope to publish at some point in 2018. And also starting to apply to more conferences to speak about the subject (I gave a short lecture in the 1st Conference in Architectural Communication, COCA, in Madrid in May 2017).

How do you feel your time at LCC on the course prepared you for such an opportunity?

LCC has given me the space and time to undertake a research project that otherwise wouldn’t have been possible. I had the opportunity to further develop my design skills, to experiment a lot more than I was allowed in my time as a designer in a commercial environment. Also, I had the chance to further reflect and discuss in depth the agency of design, and participate at many opportunities that happened this year: the Graphic Design Educators Network event that took place last March (where I organized a workshop session with Aldo Caprini ), and SSSSSprint!, where I contributed with an audiovisual piece that was presented by Paul Bailey and Sophie Demay in ECAL.

Find out more about the project on the website  and check out Carlos’ work on his portfolio website.