In July 2016, the MA Games Design course made its way to Brighton for the three-day Develop conference. Develop is Europe’s leading game development conference that has over 1800 developers in attendance.

The conference was an opportunity for the MA students to display and gather valuable feedback on their work and network with a range of industry veterans and indie developers. There were a total of four games being shown from the MA Games Design students.

One of the four games, TACENDA, a collaborative project led by Semone (Jai) Bunnag, was on display before it goes to video game development competition, Dare to be Digital in Dundee. Jai found the conference to be beneficial for his work and states, “By day I watched carefully as complete strangers played our game, and by night I would be coding and fixing issues so that every morning I would have a stronger, more polished, more understood product than the day before.” 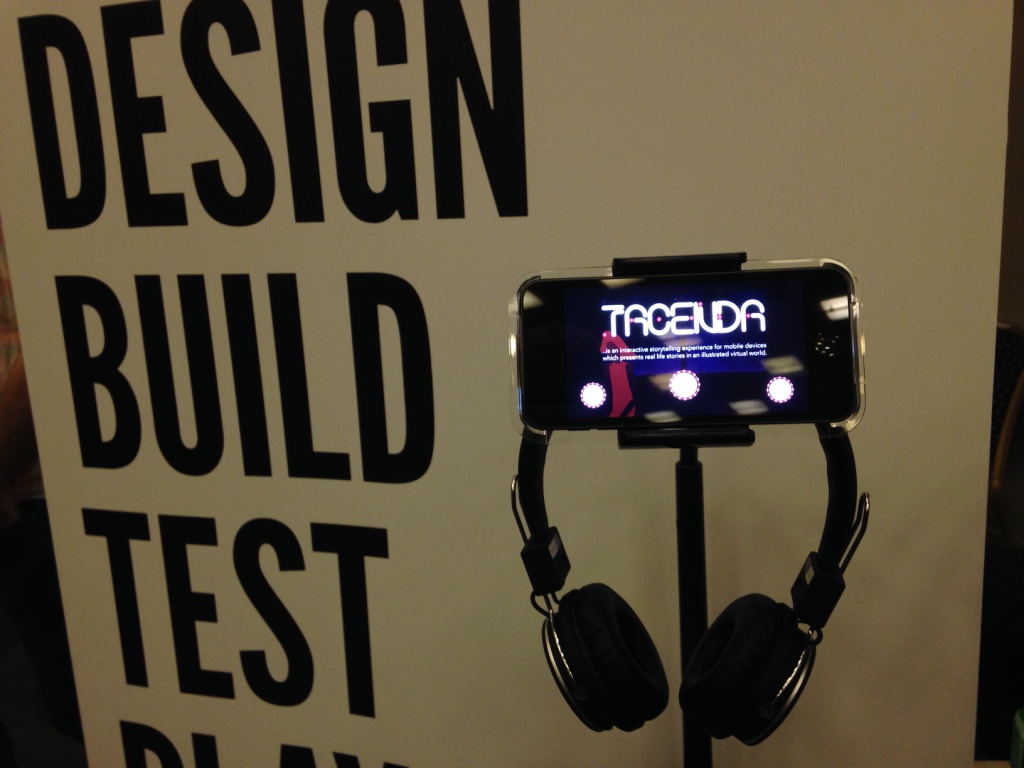 Tom Battey also showed his current work in progress Midsummer, which explores the narrative and dialogue in Shakespeare’s A Midsummer Night’s Dream and was entered for the British Library ‘Off the Map’ game design competition. For Tom, this opportunity to attend the development conference was valuable as he was able to apply what he had learned in his masters course to how potential consumers would interact with his game.

Tom explains, “Having the chance to show our games at Develop Brighton alongside industry professionals was a great experience, and gave us the kind of feedback that’s difficult to find in a university context. I personally learned a lot about the design of my games from getting them out in public and having them played by a range of people, from academics and industry professionals to interested people walking past the display. Fine-tuning the elevator pitch for my project in front of hundreds of people over three days has made me more confident about introducing my games to potential investors in the future. I would encourage anyone making games to try them out in a show floor environment like Develop; you’ll learn a lot about your game in a short space of time.” 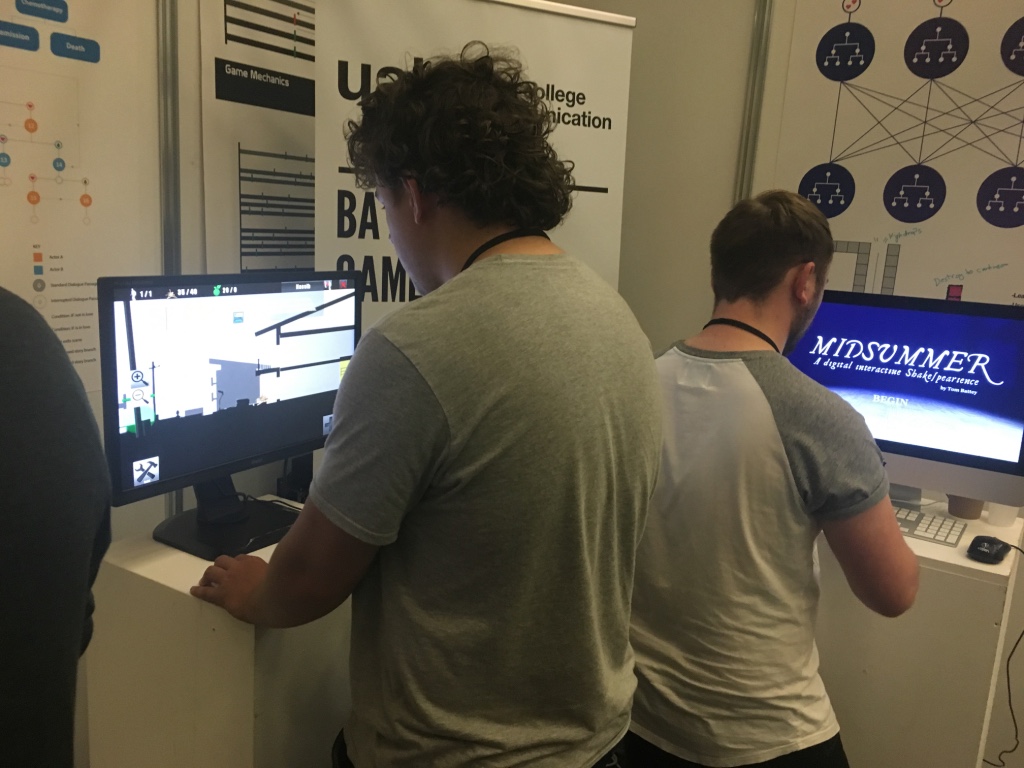 Tom Battey developed Midsummer, which explores the narrative and dialogue in Shakespeare’s A Midsummer Night’s Dream.

In between showing the games at the booth, the students had an opportunity to look at a whole range of up-and-coming games. They tested out the latest VR (virtual reality) technology, tried out a selection of indie games, listened to talks, networked with industry figures and met some personal heroes, as Hideo Kajima was in attendance.

Edge Magazine was running a competition to win a 3DS in the booth next to the MA Games Design booth, and the requirement to win was to have the fastest lap time in MarioKart 8. Ed Burton, recent BA (Hons) Games Design graduate managed to win – perhaps making a racing game for his final major project helped. 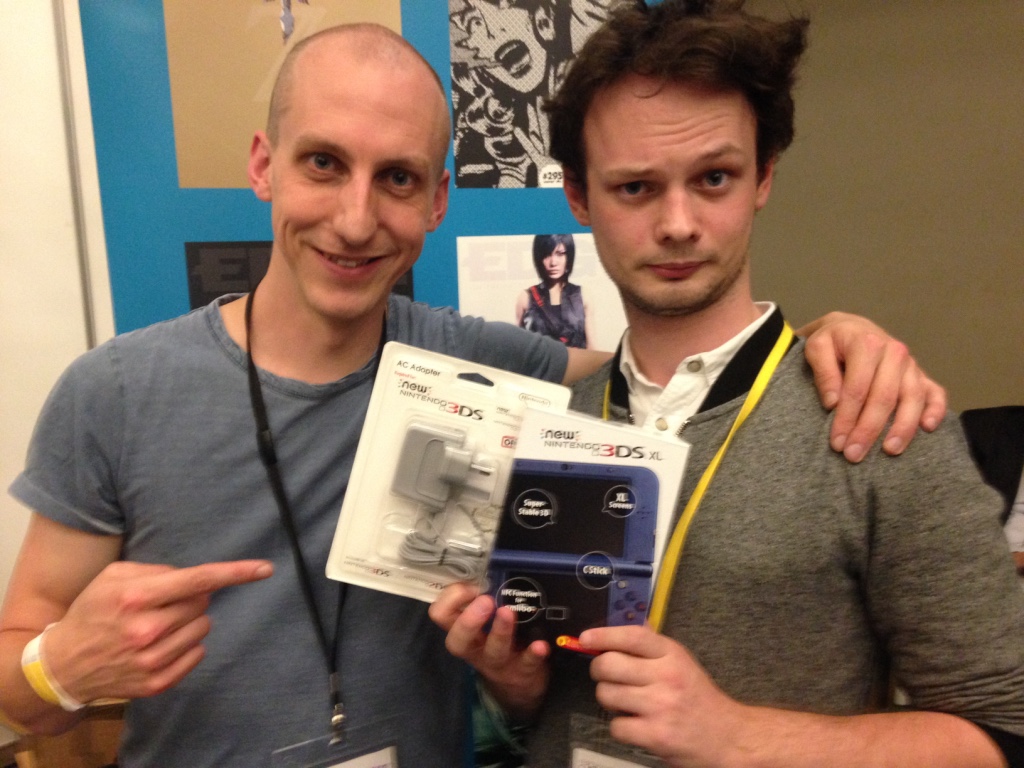 MA Games Design’s Acting Course Leader, Dr. David King says, “Develop provided our students with the opportunity to exhibit their games in a professional environment, gaining all-important experience and receiving lots of valuable feedback. A game can really come to life when someone you do not personally know plays it. You also get to find out about all those little faults and foibles that you did not notice yourself. Overall, the entire event was a fantastic experience for staff and students. Some new friendships were made and a lot of fun was had playing games.”