Graduates of London College of Communication’s FdA/BA (Hons) Media Practice course have been busy winning high-profile roles and placements in film and television as they take their skills in direction, editing, production and sound design out into the wider world. We decided to round up some of our favourite recent success stories from the course and reveal how these talented LCC alumni have kicked off their careers in style.

Graduate director and editor (2011) Chema Gomez currently works with Technicolor UK as their Frame Logic supervisor. He was also flown over to Chicago to be assistant editor on the Wachowskis’ (of The Matrix fame) latest film, Jupiter Ascending.

Sam McMullen graduated as a director in 2013 and has just started on the MA at the National Film and Television School in Beaconsfield, directing fiction. Entry onto each of the School’s specialist courses is extremely competitive.

Charlotte McEwan, a 2011 production and production design graduate, has just completed work as art director on Superbob, a feature directed by Jon Drever with Grain Media. She previously spent six months working as a junior producer with London-based animation studio Art and Graft.

A graduate producer in 2012, Danny Lizaitis spent her first year out of the course working on the production team on Mike Leigh’s latest feature.

JP Lewis, a 2011 graduate director/editor, won third prize in the 2013 London International Awards celebrating the best in advertising. JP won the award as a director alongside production company Connected Pictures, with whom he has been working on a freelance basis since graduating.

Connected Pictures founder Peter Penny has given huge support to the BA (Hons) Media Practice course, attending assessment, giving feedback and offering work placements to a number of students every year. Graduate editor Max Elphintsone (2011) has been working at Connected Pictures as in-house editor since completing the course.

Graduate sound designer Gareth Maggs (2013) is currently at the National Film and Television School in Beaconsfield, doing a diploma in sound recording for film and TV.

Since graduating in 2013, producer Isaac Piers Mantell has been working on the production teams of Law & Order UK and Broadchurch, both for ITV.

2011 graduate Adeyemi Michael went on to study documentary directing at the National Film and Television School. He has also recently won the highly prestigious 2013 Grierson Best Student Documentary award with Sodiq, a film he began working on at LCC. 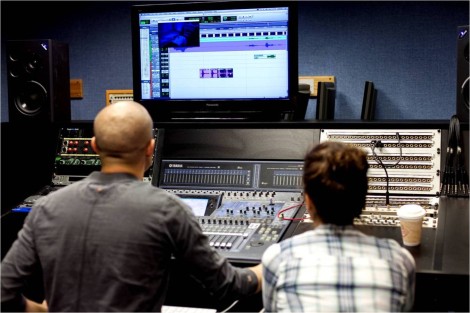