Lara Pfennigdorff, a second year student on LCC’s BA (Hons) Illustration and Visual Media course, and Leah Sinclair, a third year student on BA (Hons) Graphic and Media Design, both received runners-up cash prizes in the ‘Young Talent’ category for the competition – which asked ‘What does it mean to be living, working or studying in Britain or a particular place in Britain today?’. 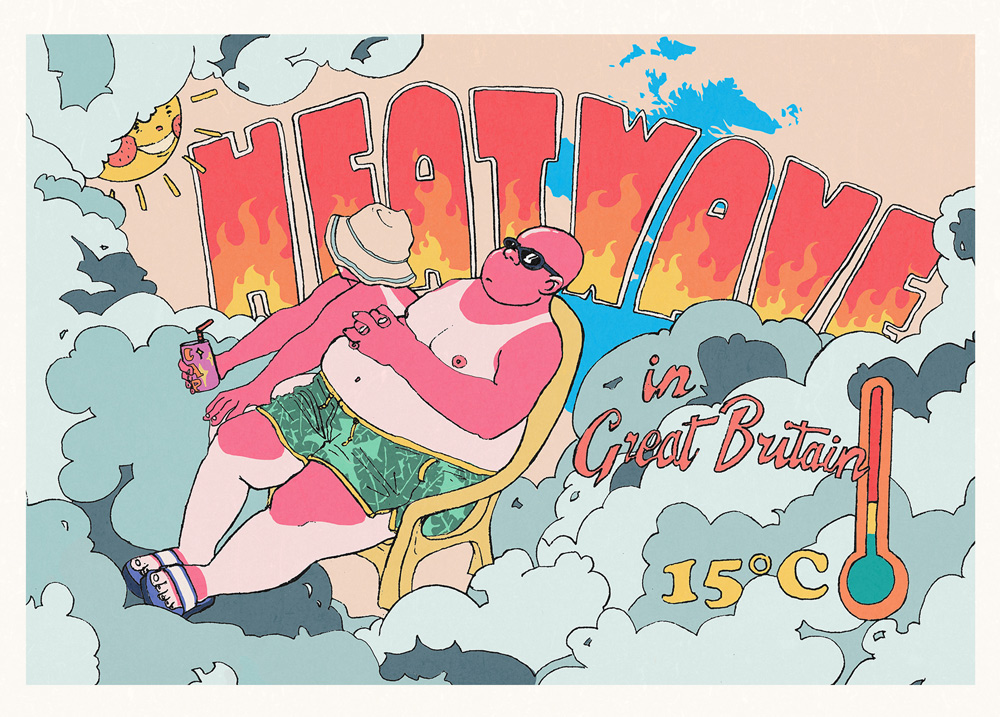 Hey Leah and Lara, congratulations on your runners-up prizes! How does it feel?

Lara: Surreal. I entered because I loved the concept of the competition. The idea was original and the fact that John Lydon and The Big Issue were involved made it all the more appealing. I never thought I’d get nominated, let alone win a prize. It’s great to work on something you truly enjoy.

Leah: It feels great to have been awarded runner-up and to represent LCC and my course, BA (Hons) Graphic Media Design, as a result of it. This was a really proud moment for me.

Why did you decide to get involved?

Lara: I first heard about the competition from my tutor who sent us an email. I was immediately interested in the project, registered to the website the same day and began thinking about what was typically British in my opinion.

Leah: I heard about the competition through Saxoprint’s social media. I decided to enter as I often collect postcards from new places or countries I visit, so it seemed a great opportunity to be able to design my own and one that represented my country. How did you put together your work for the competition? What did it involve?

Lara: Normally a lot of research goes into my process so I can get a sense of how I want the end product to look visually. At the time I had been working on a project where I created a graphic narrative from David Bowie’s ‘The Jean Genie’. The aesthetic I used is the same retro postcard cartoon look I was going for in ‘Heatwave’.

After scanning the outlines of two figures I drew, I coloured the illustration on Photoshop and added flames to the typography and the outlines of Great Britain to the background. The last step was to place some textures on top of the illustration to give it that retro look. I used some photos of textured paper, played around with colour and saturation.

“It feels great to have been awarded runner-up and to represent LCC and my course as a result of it. This was a really proud moment for me.” – Leah Sinclair

Leah: The work process first involved choosing and editing down the images that I felt best represented ‘Togetherness’, from the different events or moments I had captured. I then digitally layered each image, whilst altering the transparency and arrangements of the photos, in order for certain elements of each photograph to be clearer than others. An example of this is the ‘Equality for all’ poster from the Women’s March photo. What has been the most difficult part of the journey?

Lara: As an international student, I was a bit intimidated by the concept of creating something to represent British people, as they probably have a very different and deeper understanding of what it entails to be British. I think a foreign view is equally as interesting as it offers an outside perspective that native people might not always see.

What has been the most rewarding aspect of the experience?

Lara: I think the most rewarding aspect was getting to take my mum to the ceremony and giving her a sense of what it is I do at art school and what my environment here is like. She supports me, she’s great, but she doesn’t come from an artistic background and is not super interested in arts. This competition, ceremony and exhibition was super accessible for her though. It was nice to show her something concrete that she could take home – she bought some postcards and showed her friends.

Leah: Taking part in the competition and to win runner-up has encouraged me to enter other competitions, and to immerse myself more into the design/creative industries before I graduate. 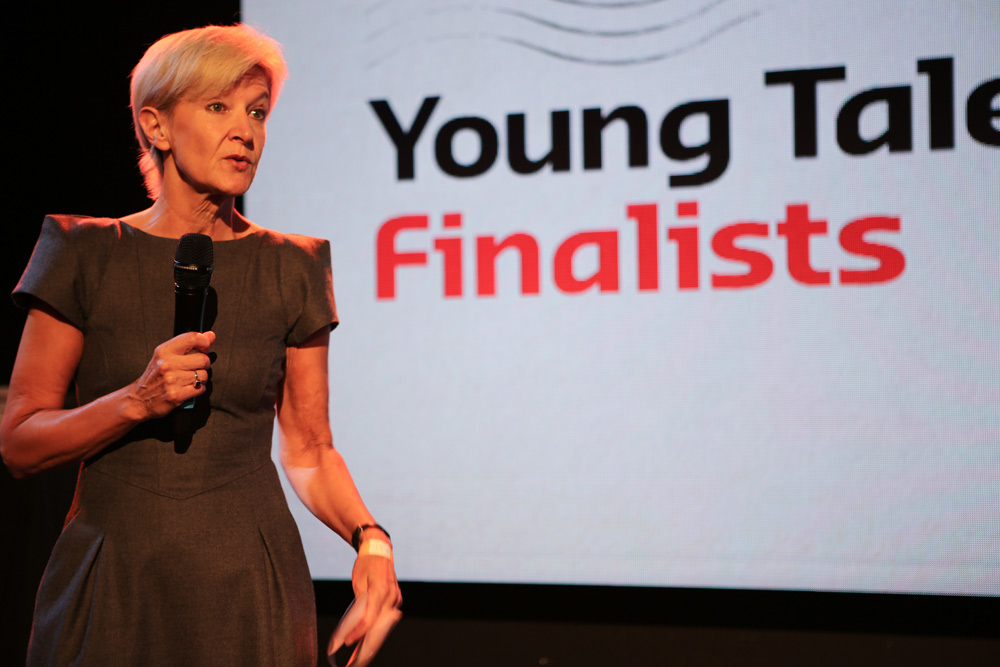 Dr Nicky Ryan, LCC Dean of Design, was a judge for the competition.

Are you currently working on any other exciting projects?

Lara: As it is the first term I’m still in the research and trial and error phase of my project. Check out my Instagram page where I post regular updates on my art.

Leah: Having just gone into my third year, I’m still in the very early stages of my new projects, but I am starting to explore more experiential design practices. In terms of my photography, I am always out finding new places and people to photograph in London and around Britain. Check out the ones that I regularly share on my Instagram account.

How do you feel your time at LCC has prepared you for such an opportunity?

Lara: My course taught me that your work is meaningless if no one has a chance to see it. We were ushered to build up an online presence and use every opportunity to gain exposure.

Leah: The advice from tutors and other students in the class has been invaluable in building confidence both personally and in my work. This has given me the confidence to take part in opportunities such as the Great British Postcard Competition. Lord John Bird MBE, founder of The Big Issue, gave a passionate speech at the awards ceremony in Camden.

What are you hoping to do next?

Lara: I would really like to create a graphic novel next. I’ve been talking about creating one for years now and would love to finally get to it. I’m still in the earliest stages, together with my older brother, who studies graphic design. I’m currently creating characters and shaping the universe it is set in. We get together and talk for hours about potential story lines.